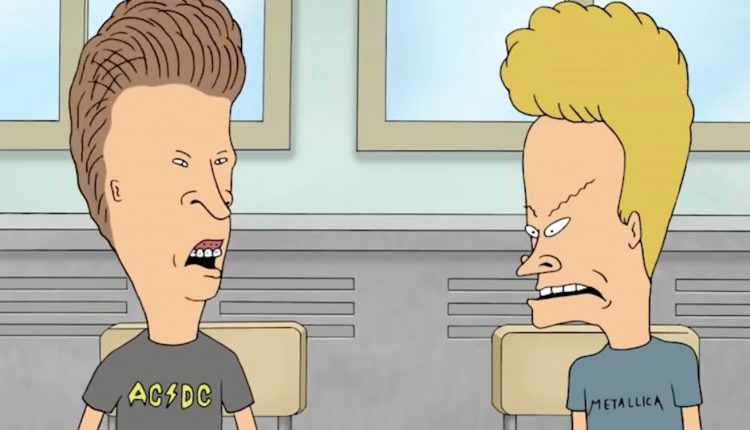 “Beavis and Butt-Head” Movie to Premiere in July on Paramount+

First “Beavis and Butt-Head” did MTV, then they did America. Now, the titular duo are about to do Paramount+ and the universe itself! Yes, we finally have more details on the adventures of Mike Judge‘s dopey duo and when the hijinks that they’re up to will ensue. After spending the last few years in production and following a hop from network TV to streaming platform, the boys are back to do whatever it is they’re doing in this current day and age.

Last month there were conflicting stories about the proposed revival of “Beavis and Butt-Head” in terms of where it would be airing. At first, it seemed like Judge’s creation would be happening on Paramount+ with a movie and more coming. Then, reports surfaced that Comedy Central ordered two seasons of a new show, which seemed to conflict with them going to Paramount+. Considering that both platforms are owned by ViacomCBS though, it wasn’t a matter of ownership rights so much as distribution strategy.

Following a news cycle which had a flurry of information being dropped by ViacomCBS-now-officially-Paramount, we have more details on what’s happening with the show and the movie.

Directly from Paramount+ themselves, we’re looking at a July release date for “Beavis and Butt-Head Do the Universe.” As we can see from the released art work, the pair are…older. A continuation series to follow-up the film will also premiere this year. Instead of going with Comedy Central, the show will premiere directly on Paramount+ as the streaming platform looks to solidify branding.

After all, the cartoon originally aired on MTV and helped establish the network as more than just music videos at the time.

Judge himself is keeping pretty busy considering that we also reported about a potential “King of the Hill” revival from Judge and Greg Daniels. When it comes to “Beavis and Butt-Head,” this would be the duo’s second attempt at a revival following a failed one that ran on MTV in the latter end of 2011. Because MTV had moved away from music videos, the animated compadres took their pot shots at reality television instead; which was a honestly strong pivot considering what their network was airing at the time.

We’ll see later this year if the property is still strong enough to carry an audience after all this time. And if they don’t, well we can still watch clips of them poking fun at awkward David Byrne music videos.

Chris Pine, other Cast in Talks to Return for “Star Trek” Movie