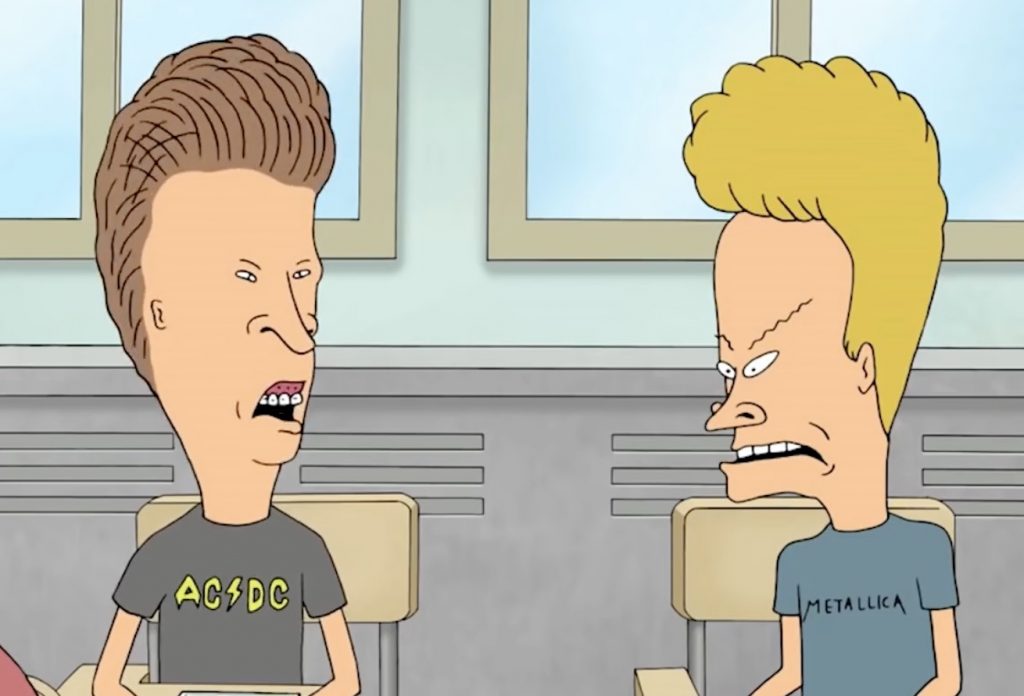 We are delighted to report that Comedy Central has ordered a 2-season revival of animated 90s classic “Beavis and Butt-Head” from series creator Mike Judge.

“We are thrilled to be working with Mike Judge and the great team at 3 Arts again as we double down on Adult Animation at Comedy Centra. Beavis and Butt-Head were a defining voice of a generation, and we can’t wait to watch as they navigate the treacherous waters of a world light-years from their own.”

“It seemed like the time was right to get stupid again,” Judge said. As you’ll recall, Judge provides the voices for both Beavis and Butt-Head, as well as additional characters from the series.

Originally, the cartoon ran from 1993 to 1997 on MTV. In 1996, Paramount Pictures released a feature-length animated film “Beavis and Butt-Head Do America.” Then, in 2011, a single-season reboot of the show ran on MTV, but didn’t do very well.

We’ll let you know what else we hear about this revival.