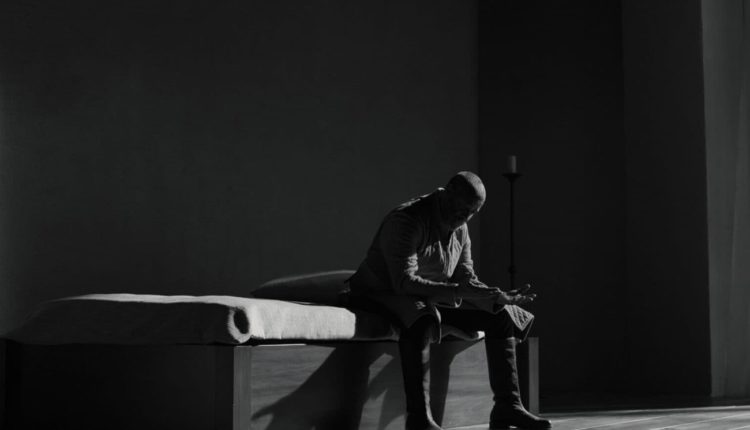 Denzel Washington in “The Tragedy of Macbeth”: Looks 10, Dance 3 [Review]

It’s wise that auteur director Joel Coen chose to lean into the stunning visuals of his adaptation of William Shakespeare’s “The Tragedy of Macbeth” rather than having much dialogue. His past works such as “O Brother, Where Art Thou?,” “Fargo“, “Raising Arizona,” and “TheLadykillers” set him as having a distinct world building style and artistic eye. His black and white, ultra-high definition, tight close-ups, and minimalist environments are breathtaking.

And then the cast begins to speak, and it runs jarringly off the rails.

Shakespeare’s language takes a great deal of very specific experience and guidance to pull off. Now granted, in their own careers, it’s a wonderfully strong cast with no end of awards and accolades for their past work. But it is a showcase of how painfully few actors (especially American ones) who can carry the cadence and musicality of the language needed to make it feel organic rather than as simply delivered lines.

Denzel gives his all to the role of the self-doomed Macbeth, and does as well as could have been hoped for, but Frances McDormand is entirely out of her league in trying to wrangle the text into some form of control. Most of the rest of the cast fall somewhere in-between, although Kathryn Hunter is the sole stand out in her portrayal of all three of the Weird Sisters. Her past experience as part of the Royal Shakespeare Company’s company shows through. Through manner and delivery her performance fills every scene she steps into.

While not adapted as often as some of the Bard’s other works (especially “Romeo & Juliet” which continues to be retread almost annually, indeed “West Side Story” is simply a modern adaptation set to music). This Macbeth is not at the level of other of the Bard’s cinematic tries, or most of the filmed stage entries. Indeed in the few decades, it is Kenneth Branagh’s 2013 stage adaptation from the National Theater which is the current gold standard, and while Coen’s visual spin will keep it forever in the mind of anyone who sees it, the performances sadly aren’t at the same level.

Anyone who remembers when Joss Whedon and his actor friends decided to shoot “Much Ado About Nothing” in Whedon’s house will know the feeling of the actors out having a great time shooting a script. They at least weren’t going at it with the intent of being vetted as Oscar-worthy contender. They knew they were capable American actors having a go, but they never gave off the feeling that they were masters of the art. As such the audience could just enjoy the ride with them, but in every scene with the masterful production design, it’s impossible not to try to hold the cast to the same level as the rooms around them. To be fair, even many RSC productions would have a hard time keeping up with Coen’s beautiful fever dream.

“The Tragedy of Macbeth,” runs 1 hour and 45 minutes and is rated R. You can catch it on Apple TV+ starting January 14th, 2022 and in select theaters.

The Tragedy of Macbeth

Keanu Reeves May Star In TV Project “The Devil In White”