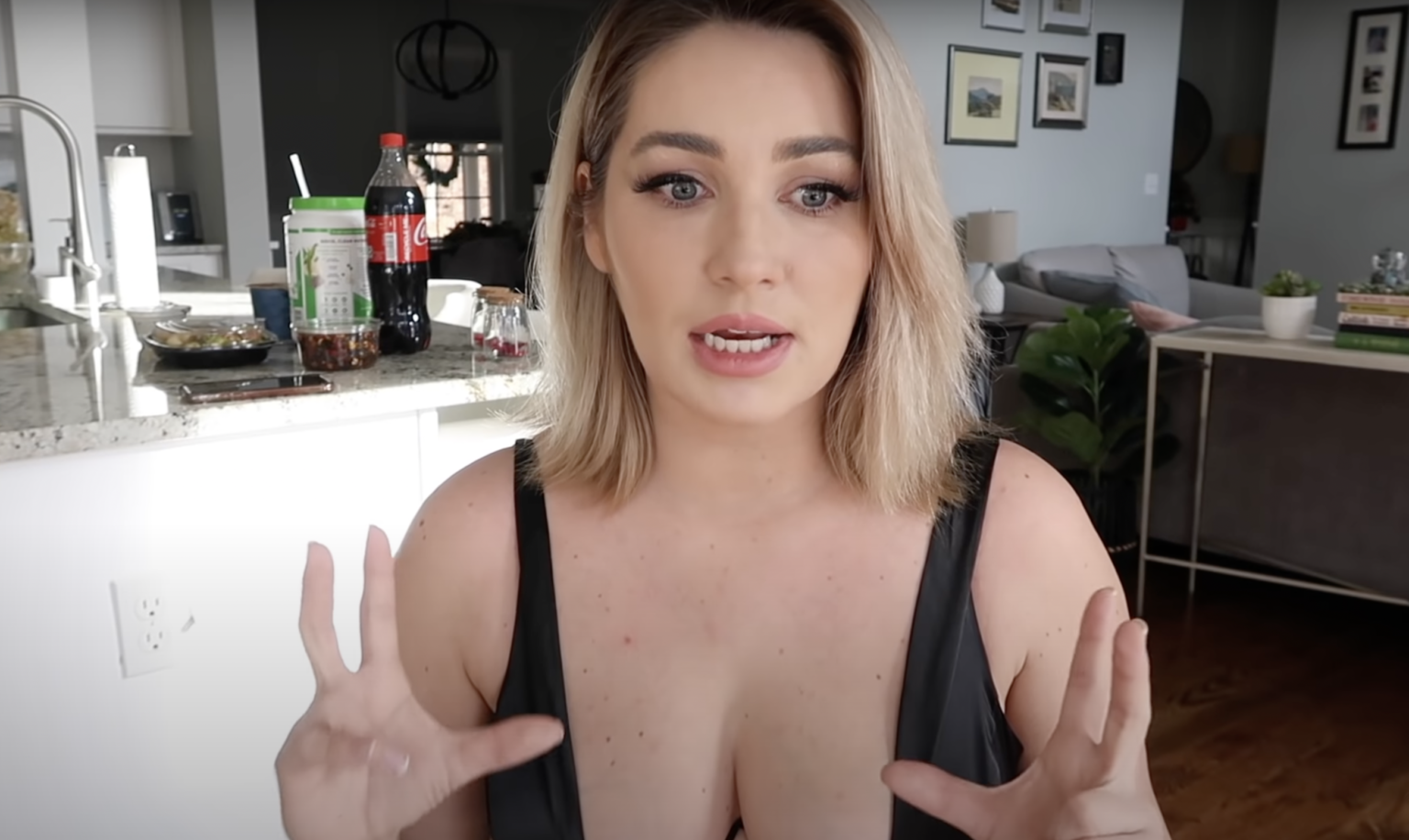 There are some weird fetishes out there, dudes; some weird fetishes. We’re not going to go into specifics on the spectrum of different kinks, but if the side hustle of Stephanie Matto is to be believed, then she’s making thousands of dollars farting into jars and selling them. Matto’s rise in popularity had her featured on “90 Day Fiancé: Before he 90 Days” and has continued on TikTok with her showing off her fart jar selling business. But I guess all good things must come to an end as apparently Matto’s gas is too much to bear, and a recent trip to the hospital ended her career as a fartist.

There’s more to unpack here than an impacted colon but damn it we’re going to try to get through this. So, according to People Magazine, Matto started off on YouTube where she met her then girlfriend, Erika Owens. The two of them appeared on the 4th season of TLC’s “90 Day Fiancé: Before the 90 Days” but eventually broke up. Then, in mid-December of 2021, Matto started gaining traction online when several websites started picking up on TikTok and YouTube videos where Matto claimed to be making over $100,000 in a month by selling jars of her own farts.

Before we go any further, I think I’d like to echo something that Whitney Houston once said in a different context.

Yeah, I do want to see the receipts, because while I’m willing to believe that there are enough people to buy farts out there, I have some serious doubts there’s enough to buy over $100,000 worth in a month. I could be wrong, but part of me thinks that number is inflated as part of a publicity stunt. If I’m wrong, okay, I guess she who dealt it, smelt it, and then profited from it. Though it does seem to be a moot point now as she claims the diet was too much for her.

On January 4th, reports came in through various sources that Matto had to be taken to the hospital in fear that she was having a heart attack. What she was experiencing instead was terrible gas pain from the bean soup and protein shakes she was eating that day. Now, I can personally vouch for how terrible gas pain can be; I’ve had intestinal issues myself that have triggered vasovagal syncope episodes that I would not wish on anyone. Not sure if bean soup and protein shakes would cause that much distress, but everyone functions differently.

Here’s where things get weird though…err, weirder. Matto states that she was advised to change her diet or take gas suppressant pills, which according to a quote from Metro, Matto says has, “effectively ended my business.” …Why? Nothing’s stopping you from still farting. And if you’re making the $1,000 a jar that you claimed you were, why aren’t you still selling like, three farts a week? You mean to tell me you can’t have one protein shake and some Bush’s Baked Beans and squeak out one before you go to bed? If one fart in a jar was THAT lucrative, this would not put you out of business.

Again, I easily could be wrong and maybe people really are buying farts at $1,000 a jar. Who knows how much people are willing to pay to get their jollies? Still, this kind of smells a bit, but whether it smells like the hot air of a publicity stunt or of richly smelling farts, I guess we’ll never know. …Except that now Matto is going from selling her farts to NFT images of her farts so nothing in the world matters and everything is hopeless and we’re all doomed.