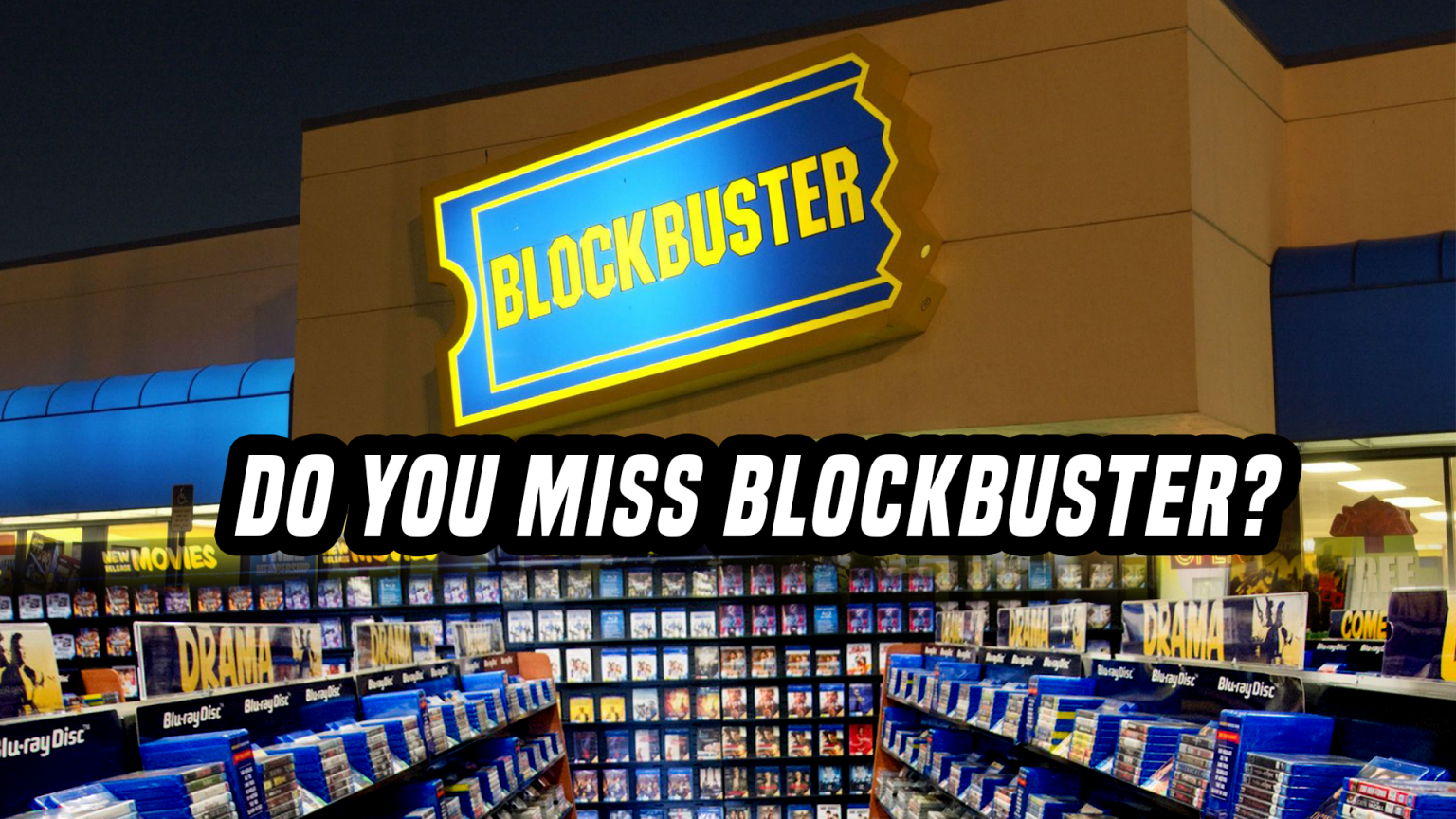 The discussion around cryptocurrency, blockchains, NFTs, etc. is as complicated as it is highly debated by its supporters and detractors. Some say it’s the wave of the future, some say elements of it are at worst a scam. Or at best, has some legitimacy until it inevitably blows up in people’s faces. We’ll push the debate part to the side for the moment to instead ask a different question; if crypto is the way to the future, is it also possible it can bring businesses back from the dead?

That’s what one particular group is trying to find out with Blockbuster.

The history of Blockbuster’s rise and fall is well chronicled online, going from the king of video game rentals to a shell of its former self, hollowed out by the rise of digital streaming and DVD’s by mail. Blockbuster did try to get in on this trend, but it ultimately proved to be too little too late and the company declared bankruptcy in 2010. Since then, the brand name has been held by Dish Network so that it can be licensed out should the correct opportunity arise.

Enter, Blockbuster DAO (Decentarlized Autonomous Organization), a group aiming to raise over $5 million to buy the Blockbuster name back from Dish Network. The overall goal seems to then take the brand name and the recognition that comes along with it in order to establish a platform for streaming media, and production and distribution of films.

The official Twitter for the group even states that they will consider the project a success when they win an Oscar AND Golden Globe for a Blockbuster original film. The ‘and’ seemed important enough to capitalize in the tweet, and may be the only time someone has equated a Golden Globe on the same level of importance as an Academy Award.

Also according to the account, the goal is to sell Blockbuster DAO NFT stake at .013 eth a piece. As of this writing, that’s equivalent to about $489. Also keep in mind, this is strictly an investment; if this venture goes belly-up, so does the money involved. That NFT portion of Blockbuster DAO will be worthless if the business fails, and honestly, there’s no reason to think that it could actually succeed.

First of all, Dish Network has not indicated they’re even interested in selling Blockbuster. Blockbuster DAO is planning a PR campaign to try and “build pressure” to make Dish sell.

Any Underpants Gnome-appreciating “South Park” fan can sense the “Collect Underpants” > ? > “Profit” nature of something like this. And beyond that, what experience does this team actually have in media ownership, production, etc? And the idea of a DAO being somehow better at running this kind of business is absurd. A group of people trying to make big monetary decisions while being decentralized will either find themselves locked in debate or arriving at outcomes that do not satisfy the investors.

And yet, despite all these unknowns, there are articles that make this venture sound like the second coming of the Messiah. They don’t bother to look at the massive risks involved in an investment into NFTs towards buying something that isn’t even up for sale yet. We’re not investment advisors here, but in general it’s a pretty bad idea to give someone money in the form of a non-fungible token with the promise that they’re going to buy something with your money, that you have to pressure the company to sell to begin with.

And yet some people wonder why NFTs are considered a scam? Maybe one day Blockbuster will rise from the ashes, but until then, consider this block still busted.