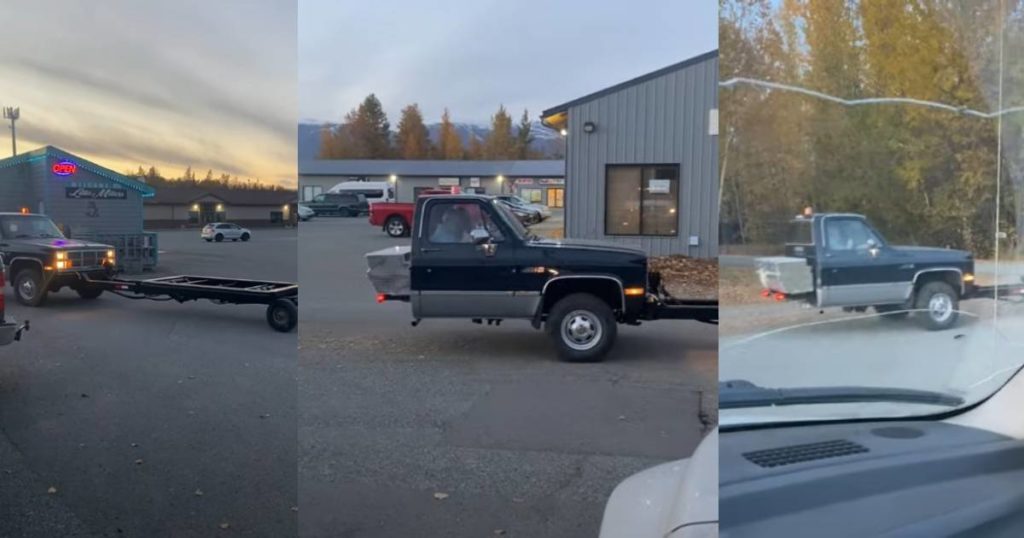 In a video from Viral Hog it shows a truck that has been modified to only make use of the cab, the front wheels, and a jimmy rigged front bed with wheels. The entire back half is missing and it looks really odd to the average onlooker. Luckily there is an explanation, just not one that people unfamiliar with sea planes would understand.

The reason that they modified the truck and cut off the back completely was so that they could use the force of gravity. The truck is made for retrieving sea planes from the water so it needs to use the front bed for attaching and then still be able to pull it out with the weight remaining in the vehicle portion. If you look closely it also looks as if a weight or weird box has been added where the truck bed would have been. That weird area is oftentimes a gas tank or a tool box. The whole vehicle is called a Floatplane Truck.

So, what is a “floatplane truck?” It’s a special truck that’s been Frankensteined into the perfect seaplane retrieval vehicle. The reason that people do this instead of just backing up a truck to the water to attach the seaplane onto is because it’s quite hard to back into that kind of situation. Also if you take into account that the back of the truck will corrode or rust from the salty water you wouldn’t want to damage your whole truck. Especially when you could just weld a new bar system and new wheels onto the front of your modified truck. They also use this type of vehicle for transporting and launching them.

So now you know something other people may not! Add that to the knowledge bank of things that they’ll never ask on Jeopardy but you know anyway.

And here is how one’s used to retrieve a plane. Notice the one in the next video has a wood front, even easier to replace once it’s starting to rot from the sea water.