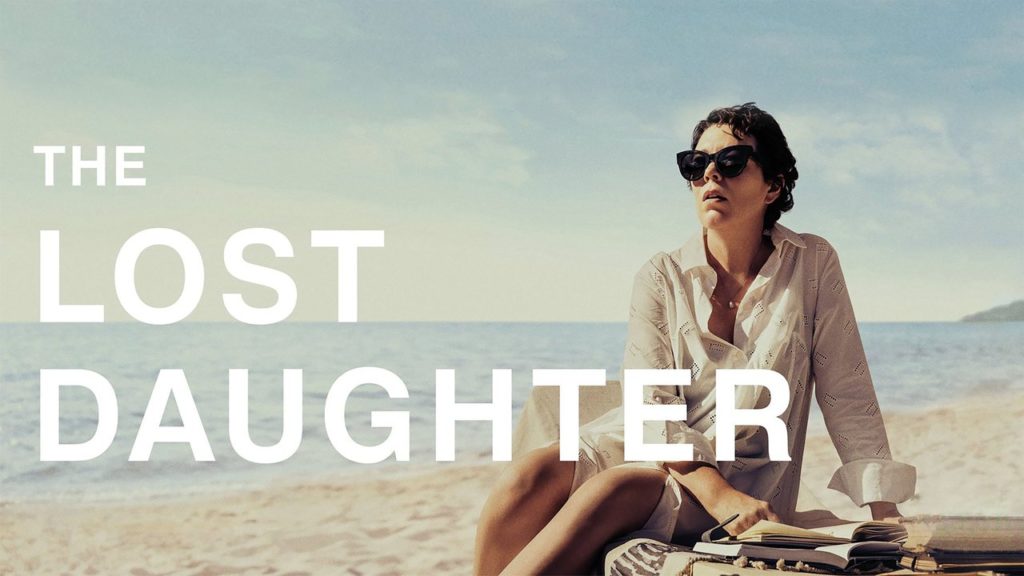 “The Lost Daughter” is Unflinching Examination of Motherhood [Review]

It’s hard to really categorize Maggie Gyllenhaal’s directorial debut “The Lost Daughter.” On the one hand, it is a harrowing and deeply disturbing character study on the joys and burdens of motherhood. On the other, it is an unsettling thriller that follows a mother with a past as a family’s own personal demons slowly unravel before her. This is one of those films that works best the less you know about it, as any synopsis you may have read don’t really capture the strange and haunting turn of events. What is perhaps the strangest part of the film overall is just how unnerving it is paced juxtaposed against how little actually happens. “The Lost Daughter” most certainly lives up to its psychological advertising, but not so much in the way it is classified as a genre but more in how introspective you leave the viewing. It is truly expert filmmaking, and this film is powered by its outstanding lead and slow burn pace that feels as if anything can happen at any moment.

Gyllenhaal serves as the writer and director (a first for both) for this adaption of a novel by Elena Ferrante by the same name. “The Lost Daughter” stars Olivia Coleman (who will get her own paragraph of superlatives for her incredible performance), Dakota Johnson, Ed Harris, and Jessie Buckley as a younger version of Coleman’s character Leda Caruso. It tells the story of Leda, a professor on holiday on an island in Italy. She is quickly surrounded by a large family that gather there every year, Leda becomes entangled in a web of memories and confrontation as she becomes enthralled with a young mother and her daughter. There is significantly more that transpires, and that synopsis makes it sound like a true crime thriller with a twist ending. That’s not what’s happening here, but it’s best to experience the film and take from it what you will without any preconceived notions.

Maggie Gyllenhaal shines in the director’s chair, delivering a mastery of patience and control over her story. “The Lost Daughter” wrestles tremendously with dangerous themes and perspectives, and if you weren’t told this was her first time out, you would have no idea she’s new to this. I don’t know that this is necessarily relevant to the film itself, but “The Lost Daughter” is yet another example as to why we need more diversity among filmmakers. There is no man alive that could possibly undertake the tasks required to pull off this kind of film, and we are cheating ourselves out of some incredible, bold, unique stories by shutting them out. It’s gotten better over the years, but we most certainly need MORE Campions and Zhaos and now, Gyllenhaals. “The Lost Daughter” requires specificity and experience, and is so poignant in its storytelling that it would crumble is less capable and misrepresented hands. This is a film for mothers by mothers, and there is a deep personal connection and expression from Gyllenhaal as she seeks adapt a very difficult subject.

Not only is she up for it, but he script and direction is powered by a tour de force performance from Olivia Coleman. Coleman has long been at the top of the list of powerhouse actors, but “The Lost Daughter” brings out a whole new facet to an impeccable game. Coleman’s performance delivers a broken woman filled with regret and love and success and failure. She is a disturbed woman, but not in a way often depicted in films seeking to paint motherhood with a different brush stroke. This is a woman who is haunted by the mistakes of the past but may not be as content to say that she wishes for anything else. Her obsession with Nina (Dakota Johnson) and her daughter comes from her seeing herself in the young, confused mother than any kind of weird desire to claim her life as her own. Coleman beautifully balances these conflicting emotions, and carries us through “The Lost Daughter” with complete abandon. It is truly one of the best performances of the year, once again cementing Coleman a cherished and critically acclaimed performer.

Jessie Buckley as young Lena is equally heartbreaking, and although she isn’t given as much screen time as her old counterpart, she is still clearly giving it her all here. She perfectly displays all of the things and decisions and events that has made Coleman’s Lena who she is today when we see her on the beach. And she also wonderfully mirrors some of the same emotions and distance we see in Nina, despite these two versions of the same people never interacting. “The Lost Daughter” is most certainly written and directed well, but it is wholly elevated by tremendous performances that bring these harrowing pages to life. Even Johnson delivers a subtle but emotional performance. Johnson displays a woman bursting at the seams with mental collapse, but is clearly doing everything in her power not to shatter into a million pieces. There is genuine pain behind everyone’s eyes, and even someone who is more of a catalyst player than a focal point is still able to communicate these emotions with a little more than a look.

There are a few things that don’t quite work in “The Lost Daughter.” Ed Harris as the housekeeper Lyle is obviously meant to convey Lena’s loneliness as she reckons with the newfound swell of emotion, but it never really quite lands the way the rest of the themes and interactions do. Also, Nina’s husband Joe (Jack Farthing) is more of a red herring than actual influence on the story. He’s purposefully overbearing, controlling and dangerous, but it doesn’t really tell us anything outside of how unhappy Nina actually is when she swears that she’s not. It is perhaps the only imbalance the film has overall; it leans far too heavy on making us believe that he is or will be a key player in Lena’s current emotional unraveling only to amount to a little more than a plot device without merit. It is a rare misstep for such a calculated film, but it’s easy to ignore in the wake of everyone and everything else around them.

It would make sense that a film about motherhood pushes the men to the fringes. Not that they’re portrayed in an unfair way, just that “The Lost Daughter” is unconcerned with how men interpret or understand motherhood. Even if it doesn’t always work the way it was intended, it is still the right choice here. This is an experienced and personal story about something men could never understand even if they wanted to. The film allows for the true themes and emotions to be front and center without disenfranchising any one half or both parents raising children. What makes the film work so well (in addition to the absolutely phenomenal performances) is how careful Gyllenhaal is in avoiding any kind of moral stance on the subject matter. It is a very difficult film to take in, and “The Lost Daughter” is more about giving validity to the multitude of aspects and emotions of motherhood rather than make any assumptions or judgements about them.

“The Lost Daughter” is complex and unflinching, wrestling with issues and social norms we are seldom willing to discuss openly. The idea that motherhood can be anything other than a joy is completely deconstructed here, and while it is a necessary examination of inaccurate cultural constructs, it is still a very difficult conversation to have. Gyllenhaal is willing to have that discussion whether you want to or not. She invites us to the table and serves us up some cold hard truths through unbelievable performances from her stars. These are flawed but real characters, and their raw emotional experiences will stay will you long after the film is done.

I don’t know that “The Lost Daughter” is a film I would recommend to everyone. It is targeted in its audience and specific in its approach. And it most certainly isn’t concerned with trying sugarcoat anything for anyone. It is also incredible slow paced, with Gyllenhaal displaying immense patience to let the story unfold with whatever time is necessary to get these existential and social questions across. It will absolutely stick with you, for better or worse.

But make no mistake, “The Lost Daughter” is an incredible film unlike anything I’ve seen so far this year. It’s currently available to stream on Netflix.