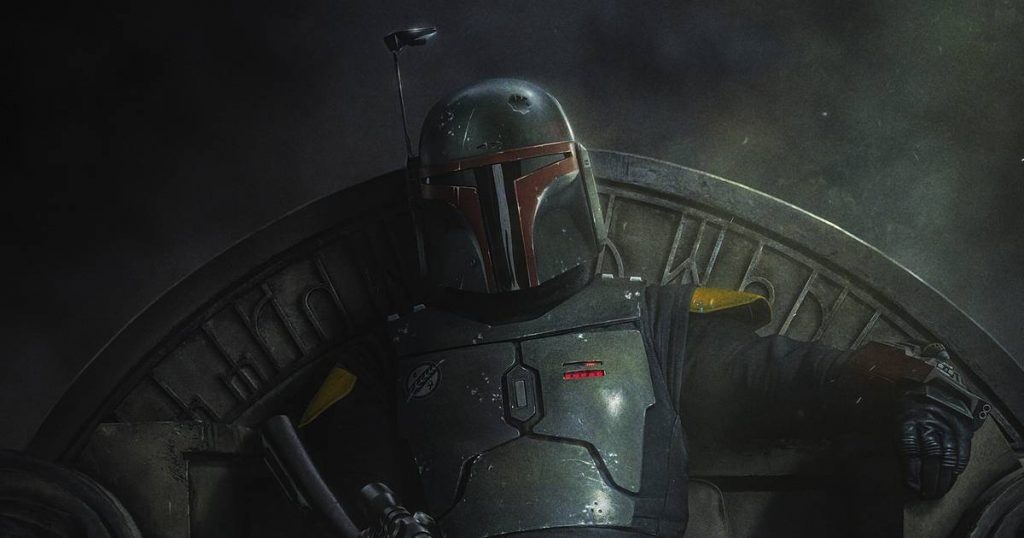 The highly anticipated supplemental tale of the galaxy far, far away’s most infamous bounty hunter is finally here. In case you missed it, “The Book of Boba Fett” released on Disney+ last night. “Star Wars” fans had been anxiously awaiting this series, which aims to tell the tale of Fett following his seeming death on Tatooine.

This morning, The Walt Disney Company officially released the theme song for the show, from “The Mandalorian” composer Ludwig Göransson (“Black Panther“). We do want to point out though that Göransson only penned the theme, Joseph Shirley serves as series composer for “The Book of Boba Fett.”

The series stars Temeura Morrison under that iconic bucket helmet. “The Book of Boba Fett” is executive produced by the team of Dave Filoni, Jon Favreau, and Robert Rodriguez. New episodes will release each Wednesday, only on Disney+.