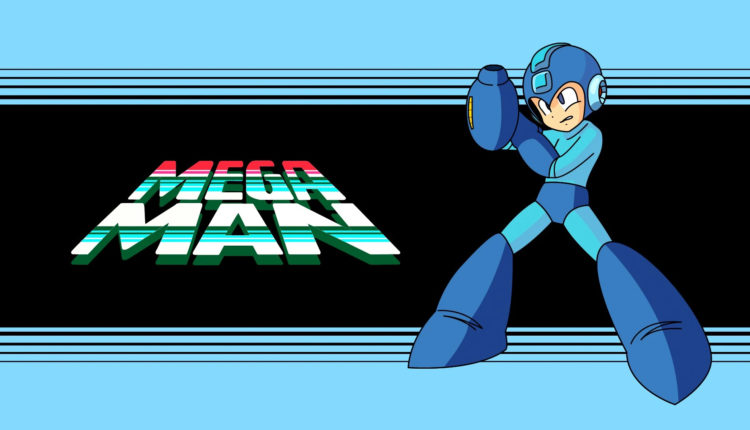 In 2018, a one-two punch was delivered by Capcom with its long-running franchise, “Mega Man.” First, it would release the 11th main numbered game after an extended series hiatus. Then, there was news of a film being made starring the blue bomber himself. This “Mega Man” film was set to be live-action, and to be written and directed by the duo of Henry Joost and Ariel Schulman. The pair alluded to a ‘big announcement‘ coming during their SDCC At Home panel in 2020.

And now, it would appear that Netflix has entered into an agreement to distribute the film, whenever it happens.

Joost and Schulman are primarily known for the documentary film “Catfish,” in addition to directing “Paranormal Activity 3 & 4.” They’ve also previously worked with Netflix for their film “Project Power” that released on the streaming platform in 2020. Mega Man meanwhile is known as one of the longest running and most beloved video game franchises of all time. Originally created and published by Capcom back in 1987, the series has continued to this day across multiple gaming spin-offs, (“X”, “Legends,” “Battle Network” etc) comics, anime, manga, and different television series.

Even though the concept for a live-action film has been in the works for sometime, the news of Netflix’s involvement comes off the heels of the cancellation of the much hyped “Cowboy Bebop” live-action adaptation of the beloved anime. While some outlets have been reporting Mega Man to be the next “victim” of Netflix; the problem doesn’t lie with the platform, instead it’s with everything else that involves the practice of adapting things from one medium to another.

Largely, adaptations of the Blue Bomber have been positively received. Even though the 1994 Ruby-Spears produced cartoon wasn’t amazing, it captured the spirit of the game. It was canceled after two seasons because of rumored issues with the corresponding toy line not selling very well. The Archie Comics series had a lot of positive reception even if it didn’t sell well enough for the line to continue, and the anime adaptations of “Mega Man Battle Network” and “Mega Man Star Force” had successful runs.

Why the need for something live-action though? Well, the answer to that is clearly “money,” but it’s absurd. Disney’s live-action adaptations of films are straying more and more from “live-action” as they go along. The remake of “The Jungle Book” was mostly computer animated aside from basically Mowgli, and “The Lion King” remake is frequently referred to as live-action when it’s actually just photo-realistic computer animation. It’s a fancy looking cartoon that doesn’t look like a cartoon basically.

I remember an episode of “At The Movies” where Roger Ebert was comparing “Batman The Animated Series” to the live-action “Batman & Robin.” He explained that you can do things in animation that look more powerful and convincing than you can do in real life. In an animated form, we are willing to let our imagination take hold and make a greater investment into what we’re watching; if the Batmobile starts driving up a wall because of spiked tires and a grappling winch, we’ll believe it. However, if something similar happens in live-action, the reality of it makes us look at something differently. Suddenly, what we wouldn’t question happening in an animated style we’d call, “unrealistic” if it happened in live-action.

Sure enough, this is one of the biggest complaints that was thrown against the “live-action” Lion King. The facial animations were pointed out as being unemotive. Which, of course they were, animals do not have the same range of facial emotional expression as humans do. But if they were to make the animations happen on these “live-action” faces, it would look completely unrealistic.

So here we are with Mega Man. Even if we were to take a CGI version of him and put him into a real world ala “Sonic the Hedgehog,” we’re still limiting the potential of what can be done by letting an animated medium continue to exist in another animated medium. The futuristic world of advanced, cartoonish robots needs to continue to exist as a cartoon; to which there’s nothing wrong with that. The more we feel the need to remake animated things into live-action versions, the more it delegitimizes the animated process; almost as if it’s not good enough, it should be “real” instead.

The Mega Man franchise has been in a precarious position for years with Capcom. Until “Mega Man 11″ came out, there hadn’t been a new entry in the series since 2010. The only thing released in that time was an officially licensed fan game of “Street Fighter X Mega Man” that Capcom threw support behind because they could do it on the cheap. Other than that, there were more canceled projects than there were fulfilled ones, including “Mega Man Universe” and “Mega Man Legends 3.” Even now there isn’t a lot going on for the franchise outside of some collected re-releases and the mobile game, “Mega Man X Dive.” A live-action movie that turns out horribly wrong could be another decade long death knell.

We can all hope that a live-action Mega Man movie could turn out well whether it’s produced by Netflix or not. But regardless of the platform’s success with “The Witcher“ or ‘failure’ with “Cowboy Bebop,” the fact remains that this push for live-action is ultimately something that can lead to weaker products and a slap in the face to the magic that animation can create. It’s time to take a huge step back and let our imaginations take over for a while; unless we want a repeat of the 1993 “Super Mario Bros.” film.

“Tiger King: The Doc Antle Story” a Fetch From a Dry Well [Review]