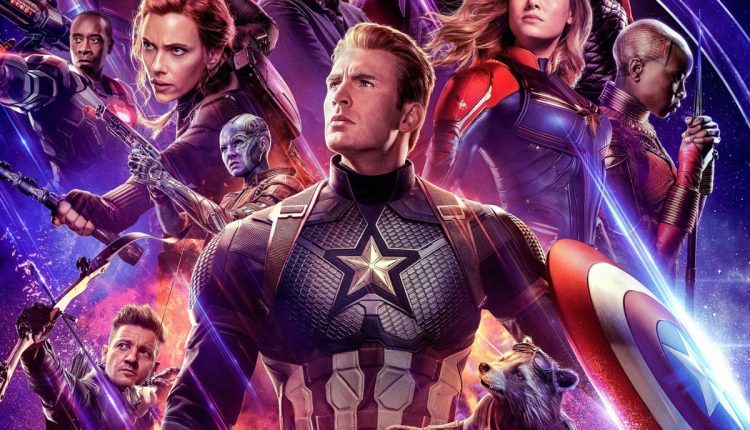 It’s a difficult balance in journalism, wanting to discuss current and relevant topics while also trying to get headline worthy responses from their interviewees. This is even more tricky when you’re dealing with high profile actors and directors. These people consistently have to sit through hours upon hours of press junkets where pundits ask the same question over and over again. Naturally, they’re bound to lash out and occasionally provide some headline worthy soundbites.

That’s all well and fine, and most reputable outlets manage this balance well. Except when it comes to the issue of superhero movies. There’s a lot to navigate here, probably more than I’m admittedly willing to get into. On the surface, I get it. Superhero films are the dominant money maker across ALL media. Movies, television, streaming, etc.; there is simply no escaping the cultural appetite for the genre. Even those on superhero burnout are essentially forced to appreciate so kind of iteration in some capacity on at least one screen somewhere.

Naturally, the opinions of filmmakers still hold some water. Especially from those who many would consider pioneers and some of the most highly respected men and women behind the camera. So yes, it makes sense that given the current media climate we’d want to hear the opinions of filmmakers, which is why these questions continually get asked. But do we? Is it really necessary to hear what Ridley Scott thinks about films he doesn’t and frankly has never made before in his entire career? It’s easy to fault Scott’s opinions on superhero films. Hell, I took shots at him pretty quickly after reading his comments. But the more I thought about it, the less I blamed Scott and passed some of that blame onto the people asking this question that doesn’t really need an answer. The truth is, we need to stop asking the superhero question to people who aren’t and will probably never be involved with them.

Let’s look at a few examples of this, starting with Martin Scorsese. A few years ago he had some choice words for Marvel Movies. When asked about Marvel Studios films while speaking to Empire in 2019, Scorsese said: “I don’t see them. I tried, you know? But that’s not cinema…Honestly, the closest I can think of them, as well made as they are, with actors doing the best they can under the circumstances, is theme parks. It isn’t the cinema of human beings trying to convey emotional, psychological experiences to another human being.”

At first glance, this seems like an old man yells at cloud moment, and makes Scorsese seem like a bitter man who’s angry that Marvel Studios didn’t call him, so now he’s out to trash talking. But when we dig a little deeper, we have to ask ourselves: why the hell was Scorsese asked about Marvel Studios movies in the first place? Sure, he’s considered a god behind the camera, but aside from him being a recognizable name Hollywood, there’s simply nothing about him or his work that warrants knowing what he thinks about the MCU.

Again, I get that Superhero movies are the dominant force in media, but Scorsese isn’t apart of it, and that’s more by choice and exclusion. Scorsese is capable of a lot of great things, but nothing about his work both past, present and future screams superhero movies. It’s simply not in his wheelhouse, either by choice or circumstance so what’s the point of hearing what he thinks about something he will probably never be a part of? Do you really want to see “The Wolf of Wallstreet” version of “Captain America?” Do you really want to see the “Goodfellas” version of “Iron Man 3?” No, no you don’t.

As cheeky as that idea may seem, we really don’t want it. [Editor’s note: I do. I TOTALLY freaking do.]

Scorsese is an incredible filmmaker for the types of films he has made a career out of, and none of them even rub shoulders with the entire superhero genre. So why are we asking him about Marvel movies? By this very nature of disconnect, this is a setup for soundbite headlines rather than earnest, journalistic discovery. It is pertinent to his work, and he’s doing just fine without them, so why are we even asking him about it in the first place?

Sure, his comments seem cringe. But did you really expect him to praise them? It’s not the kind of movie he makes, so it’s probably not the kind of movies he particularly enjoys. Prodding him for a hot take on an irrelevant subject is just baiting at best, and we need to stop asking that question.


Let’s also look a the most recent stint with Ridley Scott. This one was a little easier to take shots at, as Scott doesn’t have the same level of consistency as Scorsese. Scott tends to range from critically acclaimed classics to abysmal duds, churning out films like Tupac making albums after his death. Scott is prolific, and he lands hard or misses far. And yes, Scott is no stranger to cringey comments. Him railing against superhero movies ranks among the least offensive things he’s said in interviews, and I’d argue we still deserve an apology for “Prometheus.” [Editor’s note: Also, “Exodus.”]

But Scott is also not a superhero filmmaker. Even as diverse as his extensive filmography is, he has not and probably won’t even make a superhero film. Scott excels with giant, expensive epics that range from fantasy, history, and political thrillers. Can you have all of these things in a superhero film? Sure. But out of 27 films over 45 years of filmmaking, there’s really nothing about his career that screams “Thor: Ragnorok.” Again, I’m not saying he’s not capable of making one; he probably could take a stab at it and try to do it better than what he perceives as poorly written films. But the reality is, he probably never, ever will. So why are we asking what he thinks about them? Why is that a question we need to ask him during a press tour of “The Last Duel,” a film that couldn’t be farther from the MCU if it was an untouched world in the multiverse.

Yes, Scott’s comments are pretty egregious, and we don’t have to look far within his own filmography to find films that are far more poorly written than the Marvel films he’s railing against. And you’d be right to go at him about it, too. Let’s not forget, this is a man who staunchly defended the white washing of “Exodus: Gods and Kings.” The point is, if he’s never going to be apart of the MCU, and we frankly don’t really even want him to be since that’s not what he does well, why are we asking him about it? It has nothing to do with his work or career, and is irrelevant across the board. Ask yourself: do you really care if Scott enjoyed himself watching “Eternals?” Do you even care if he’s even seen any of them? If you really boil it down, the truth is you don’t care. How he feels about Marvel movies changes nothing. It doesn’t change the cultural impact of them, it doesn’t change the good that Scott is capable of, and it doesn’t change how YOU feel about them.

I guess the point is that the real villain in all of this is the question itself. Asking these famed directors about superhero movies is irrelevant, and it ends up painting their opinions (even when they’re valid because in context, at the very least Scorsese’s weren’t off base) as bitter old men angry at the younger generation who simply “don’t get” films. Even taken out of context, that’s not really what’s happening even though everything sounds like and is framed that way. It’s like asking a chef what he things about plant based diets. Sure, they’re both in the same world, but you can be a great chef and not really know anything about diets and dieting. You might know a little bit, and you may even know quite a bit and believe it’s not for you, but that doesn’t automatically make you a bad chef or a bitter chef who’s mad because he’s not included in the plant based diet conversation. It’s unfair question with an unfair response, and we shouldn’t be asking it at all.

So I implore you, fellow critics, authors, and interviewers. Let’s get better at asking relevant questions instead of chasing headlines. I know that’s hard, and even harder now because we know that asking that exact question is going to illicit headline worthy responses. But all it does it add fuel to a fire that really doesn’t exist. It’s a manufactured “war on superhero movies,” and isn’t helpful to anyone. It is a false narrative that perpetuates unnecessary negativity and division where it doesn’t exist in the first place.

Ask Scorsese why he let Robert DeNiro look absolutely stupid kicking a guy on the ground in “The Irishman.” Ask Ridley Scott about what the hell “Prometheus” is actually about.