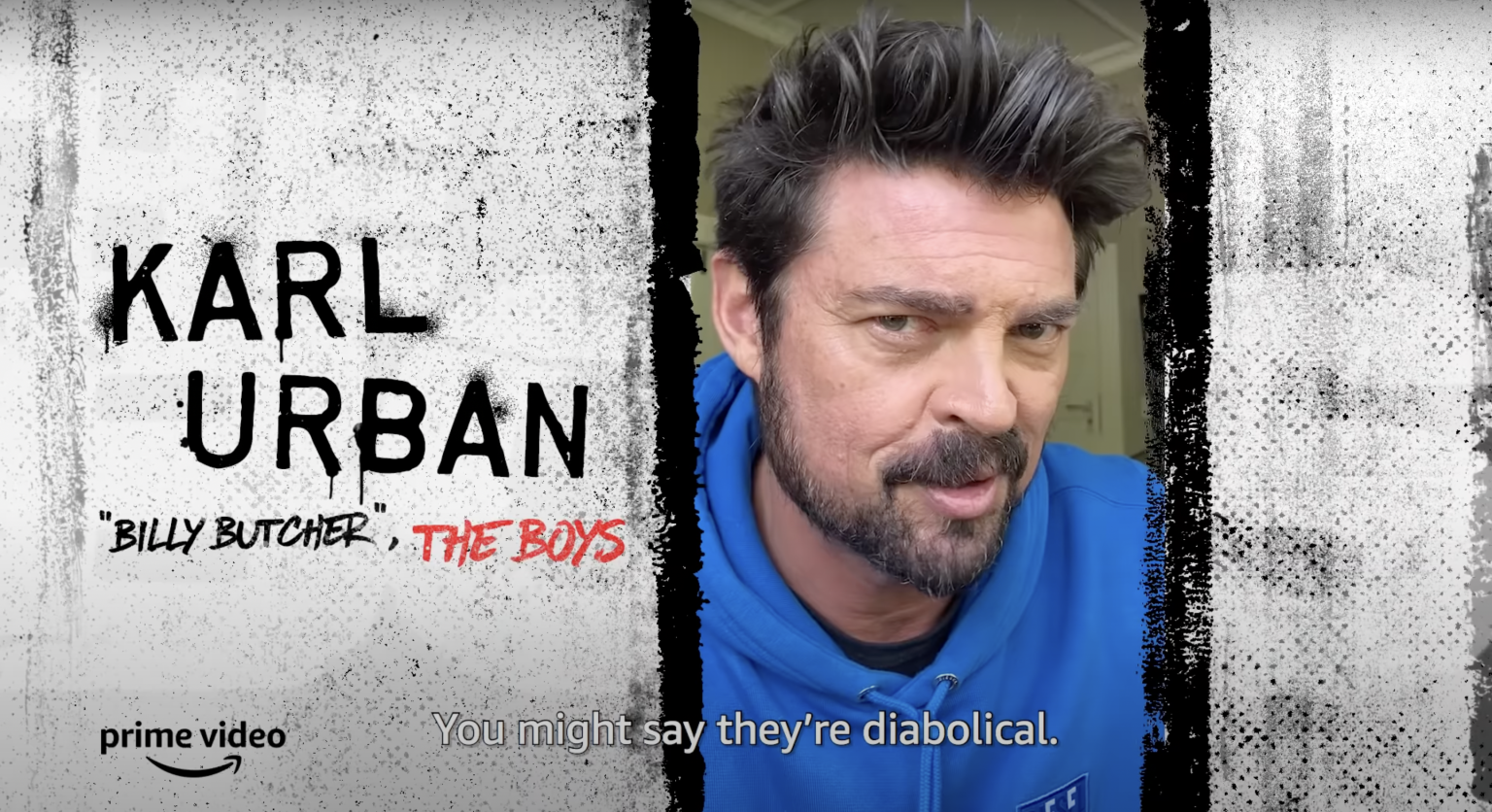 Ultra-violent superhero smash hit “The Boys” is receiving its first spin off in the form of an animated series. The surprise was unveiled by star Karl Urban during a virtual panel. The animated series promises to cover as-of-yet unexplored elements of the story and characters in the brutal world of the Amazon Studios’ show.

“The Boys: Diabolical” will feature episodes written by a host of celebrity talent, includingJustin Roiland of “Rick and Morty“, Andy Samburg (“Brooklyn Nine-Nine“), Awkwafina (“Shang-Chi and the Legend of the Ten Rings“), and original comic’s co-creator Garth Ennis. Series regulars Seth Rogen and Evan Goldberg will also write content for the show, as well as continuing their work as executive producers.

Taking up the mantle of showrunner on “The Boys: Diabolical” will be Simon Racioppa (“Invincible“).

“Surprise! We’re almost finished with eight episodes of our animated series, ‘Diabolical,’” executive producer Eric Kripke said in a statement. “We gathered together some incredible creators and we gave them one rule… just kidding, there’s no rules. They blew the doors off it, delivering eight completely unexpected, funny, shocking, gory, moist, emotional episodes. You think ‘The Boys’ is nuts? Wait till you see this.”

Based on the comic book by Darick Robertson and Ennis, “The Boys” stars a ragtag team of hard-nuts brought together by fate to take the fight to a world filled with superheroes gone wrong. Season 1 and season 2 are streaming on Amazon now, with the eagerly anticipated season 3 soon on the way!