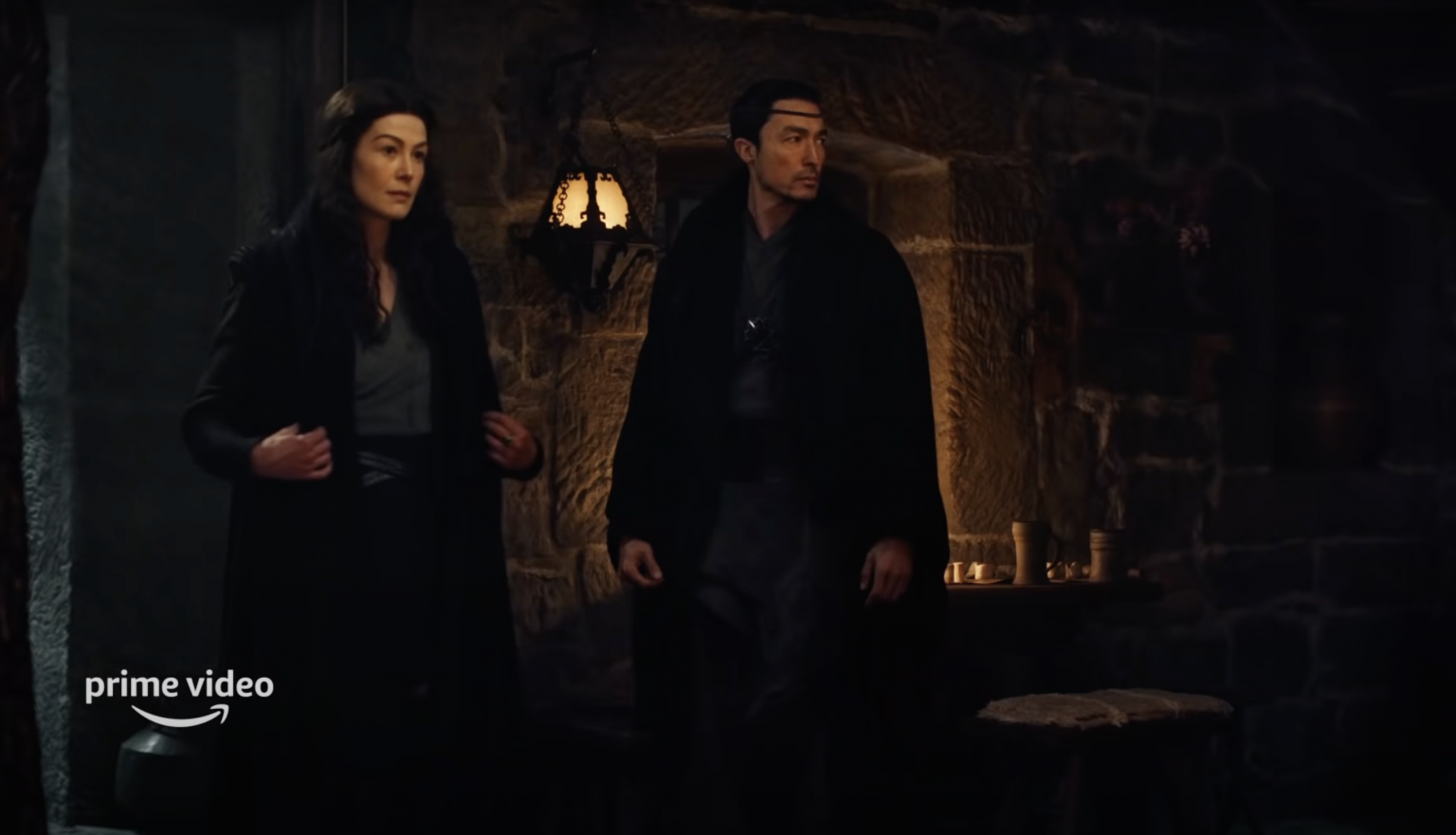 Amazon Prime’s upcoming adaptation of Robert Jordan‘s “The Wheel of Time” is right around the corner. Like…weeks! As you know, we’ve been anxiously awaiting the release of this television series, and each new clip, featurette, photo and video released is one more piece of a larger puzzle.

Today’s release is short, and features two of the key players in “Wheel of Time“- Aes Sedai Moiraine (Rosamund Pike) and her Warder, Lan (Daniel Henney). For those of you not familiar with the world of Jordan’s, an Aes Sedai is a female wielder of the Power (magic). They are able to weave the elements (fire, water, earth, air, and spirit) in order to make things happen a normal person wouldn’t. A Warder is an Aes Sedai’s protector, partner, and connection. They are bonded, a link created between the two that allow them to feel the other, draw from each other’s strength when needed. Expect this connection to be explored throughout the series.

Moiraine and Lan are a special pair, with a relationship unique in a world full of unique relationships. Pike and Henney are well situated to bring these characters to life.

Check out the new tease:

“Wheel of Time” season 1 will premiere on Amazon Prime on November 19th, 2021. Season 2 is already in production, and will premiere at a later date (obviously).