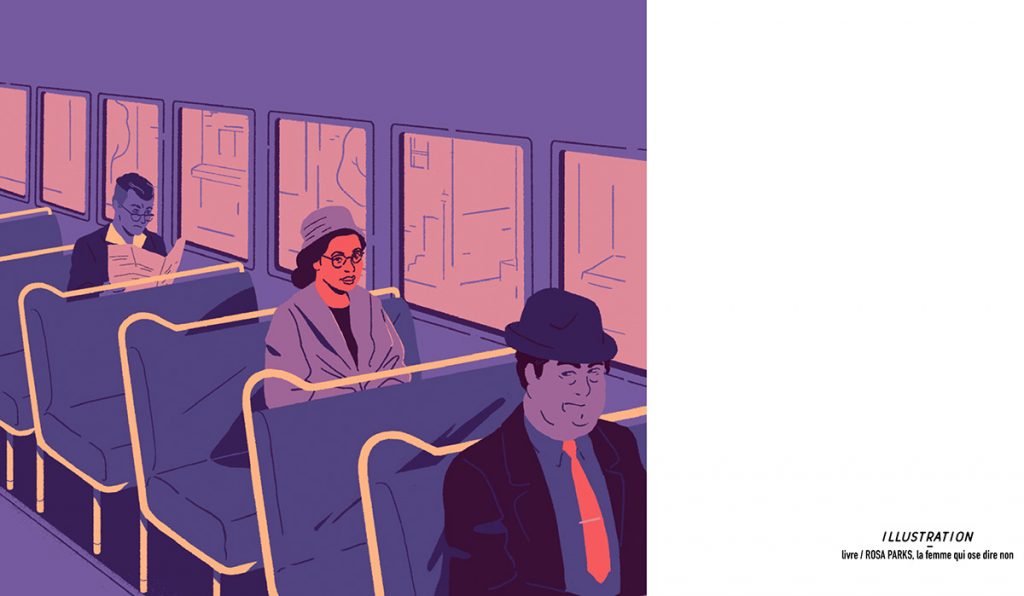 The Best Films To Watch About Rosa Parks

The bits of freedom enjoyed by African Americans today stemmed from the struggle of the people who fought and rallied together for the powerful Civil Rights Movement that put an end to slavery, extreme racism, and segregation. One powerful woman who refused to give up her seat to a white man on a public bus sparked this astounding movement, Rosa Parks.

As a college student of the modern era, you have probably heard the retelling of this story a hundred times. Her pivotal role changed the history of the nation, and she would never be forgotten. If you read american revolution essays or books, you would realize that the details of her journey are so profound. So much so that the movie industry believes that essay examples are not enough to tell it and have taken it upon themselves to recreate her life through movies.

Also called the mother of the civil rights movement, Rosa Parks was an African American activist majorly known for telling off the driver who requested she vacate her seat for a white man. However, this was not the highlight of her life as this great woman actively struggled and fought along with other activists to advance people of color.

As of 1955, the Jim Crow had eaten deep into the States. These were local and state laws that enforced the segregation of black people in all public facilities. Buses, hospitals, schools, everywhere, people of color were seen as outcasts and treated as such. Rosa Parks’ singular act sparked an outrage that caused the black people to fight back in the American revolution.

Fighting alongside other activists, this 41 years movement put an end to racial injustice. This has made her a national treasure, and long after her death, she is still looked upon with reverence. It is no wonder why there are a lot of movies depicting her life and how essential she was to the movement.

This is a 2001 movie that was depicted by Iris Little Thomas. It tells of all the anger and frustration that caused Rosa to hold on to her seat, to the year-long Montgomery bus boycott, and finally, the civil rights movement.

Directed by Clark Johnson, this movie about Rosa Parks captures the spirit of the movement, the unease that came with making any decision to go against the harsh government, the triumph, the highs, and the lows. It also upholds the concept of Faith, hope, and uniformity. How Rosa Parks, Luther King, and others fought behind closed doors and in public to end an era of slavery.

In this Rosa Parks movie, she was depicted by Angela Bassett. It tells the story of the legend from her elementary life as an ordinary student to her public battle against racial injustice and segregation. As a secretary for the NAACP (National Association For The Advancement Of Colored People), we can watch how she spent her entire life defending black people and victimized children.

As a child, she received her education at a private school run by the Religious Society of Friends, and right from that time, she was taught how to speak up and overcome the limitations pressed on her by the white people. This movie was an amazing retelling, earning it the Black Reel Awards.

This is a short documentary directed by Robert Houston and produced by Robert Hudson. This narrative told the people of Rosa and how her defiance on the 1st of December, 1955, sparked an outrage that led to a movement of 41 years. She started the Montgomery bus boycott, and despite the frigid rigidity of the government, preached about how peaceful protest was and how important it was for their cause.

Written by Malorie Blackman, “Rosa” was the third episode in the British show “Doctor Who.” In this episode, an alien time traveler known as Doctor and her companions arrive in Alabama in 1955 seeking to stop another time-traveling criminal known as Krasko. They intended to stop Rosa Parks from influencing the Civil Rights Movement during the boycott.

It received positive reviews for its role in creating awareness of the event and has already been watched by millions.

Played by Meta Golding, this film is a fast-paced retelling of how Rosa Parks refusing to give up her seat launched the people of color into years of fighting for their rights in the revolution. It tells how a group of people finally let the defiance of one woman wake them from their slumber and push them into a powerful movement. This movie was unique; it would feel like you were right there in 1955, watching Rosa Parks.

With these movies, reading an essay is no longer enough. There is so much to be learned from her story, and her strength should give us reasons why we need to stand up and make a difference in our society, no matter how little. Whether as professionals, or university students, we can all help.