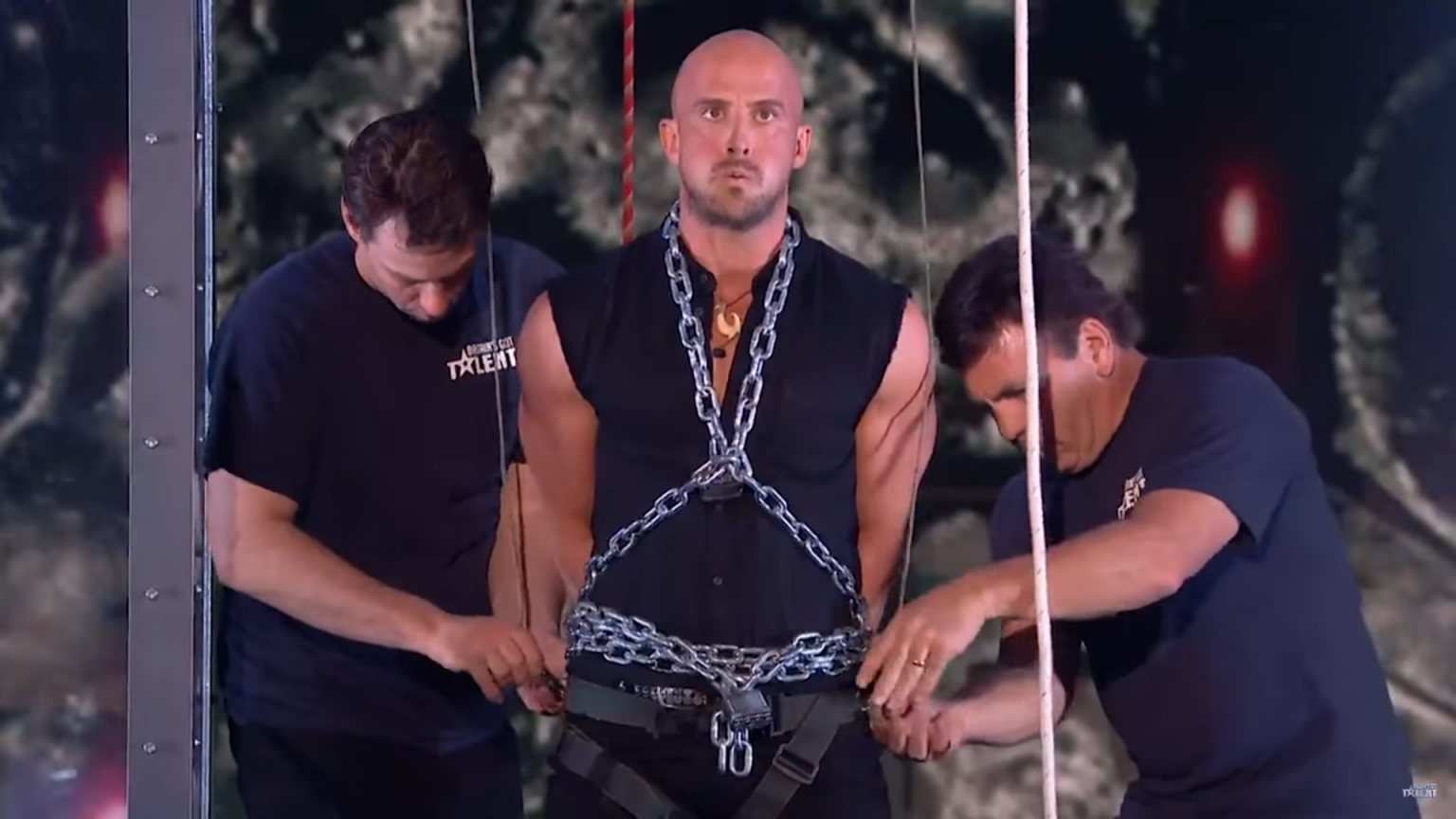 “America’s Got Talent: Extreme” on Hold After Serious Accident

“America’s Got Talent: Extreme” is on hold indefinatley after an on-set accident. During rehearsal, one of the performances went wrong, resulting in serious injury.

Welsh escape artist Jonathan Goodwin almost died after an accident rehearsing his set. He was to escape from a straight jacket mid air between two cars. The two cars smashed into each other and exploded into a fireball with him in the middle. He then fell to the ground and hit his head.

“Goodwin was suspended 70 feet in the air in a straitjacket hanging by his feet from a wire. Two cars were suspended on either side of him … swinging back and forth. The stunt was for Goodwin to free himself from the restraints and then fall on an air mattress, and avoid getting crushed by the cars as they swung in the air.

Something went terribly wrong, and the cars smashed together, sandwiching Goodwin in between them. The impact caused the cars to explode, erupting in a gigantic fireball. Goodwin fell to the ground and hit his head.“

Goodwin was then taken to the hospital but while they say that he was responsive we’re not sure what the damage actually is. Currently there isn’t any update on his condition other than that he is being treated.

“AGT: Extreme” was announced back in May, and is supposed to feature “the most outrageous, unique and jaw-dropping acts of enormous scale and magnitude that simply cannot be confined to a theater stage.”

Sources have not specified how long production will be on hold, but NBC is expecting to premiere the series during the 2021-2022 midseason.