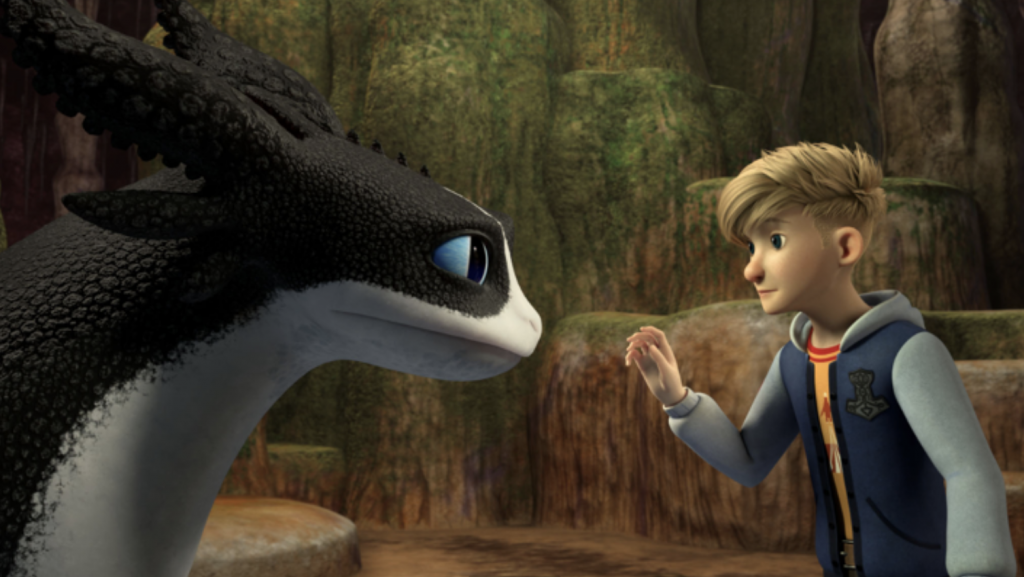 There is a new series coming from DreamWorks that will have fans of the “How to Train Your Dragon” franchise jumping for joy. Sure, we’ve watched people interact with dragons in the Viking age. But ever wonder what happened to dragons so that they seemingly disappeared from OUR reality? That answer and more will be revealed in their new series “Dragons: The Nine Realms.”

Set 1,300 years after the events of “How To Train Your Dragon,” dragons are now just a legend to the modern world. When a geological anomaly opens up an immense, miles-deep fissure in the Earth’s surface, scientists from all over the world gather at a new research facility to study the mysterious phenomenon. Soon a group of misfit kids, brought to the site by their parents, uncover the truth about dragons and where they’ve been hiding — a secret they must keep to themselves to protect what they’ve discovered.

This new series will have six 22-minute episodes. We know the voice cast consists of Jeremy Shada (Finn from “Adventure Time”), but as of today, no others have been announced. Working on the series is Executive Producer and showrunner John Tellegen, executive producers Chuck Austen and Henry Gilroy, along with Supervising Producer Beth Sleven.

“Dragons: The Nine Realms” will premiere on Hulu and Peacock December 23rd, 2021.