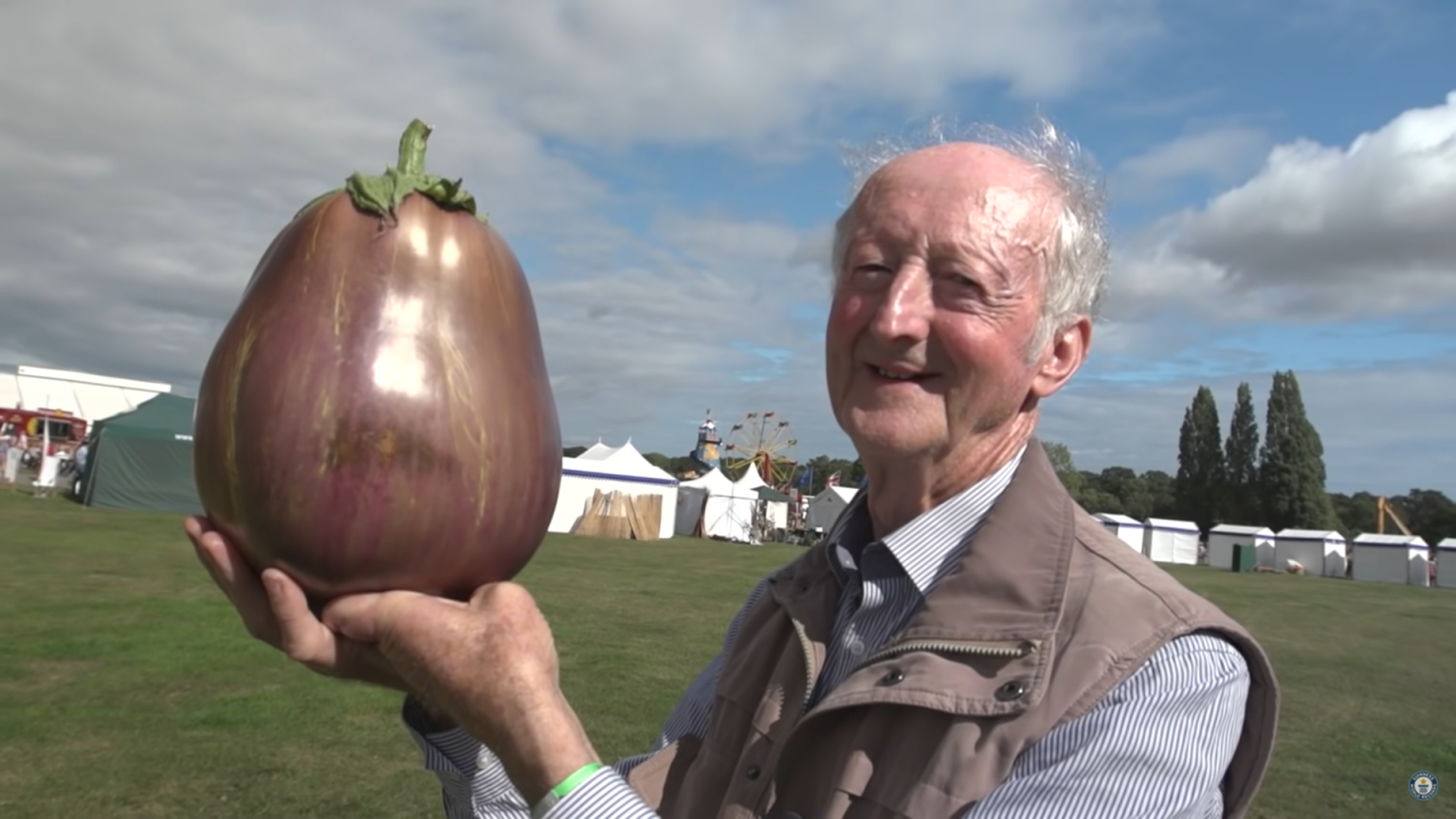 Recently the CANNA UK National Giant Vegetables Championship showcased some of the worlds largest vegetables. Our favorite contestant was Peter Glazebrook who had a record-breaking aubergine or eggplant for those more familiar with that term. He had a baby-sized eggplant that sat at 6 lbs 14oz. Now wouldn’t that make an intimidating emoji!

Peter is from Halam in Nottinghamshire, and must be living on some magic soil. Currently he holds the record for world’s heaviest cauliflower (27.48 kg) and potato (4.98 kg). His previous records include heaviest carrot, onion, and parsnip, as well as the longest carrot, parsnip, beetroot, and cucumber!

While there were many other vegetables measured, I’m hoping that this large eggplant will be more relevant, if only because the use of the eggplant emoji is so dang popular. I feel like this award warrants Peter bragging rights that can only be used jokingly on the internet. Perhaps if he has children or grandchildren they will text “You know, my grandfather was known for the worlds largest/heaviest eggplant.” Serious bragging rights!