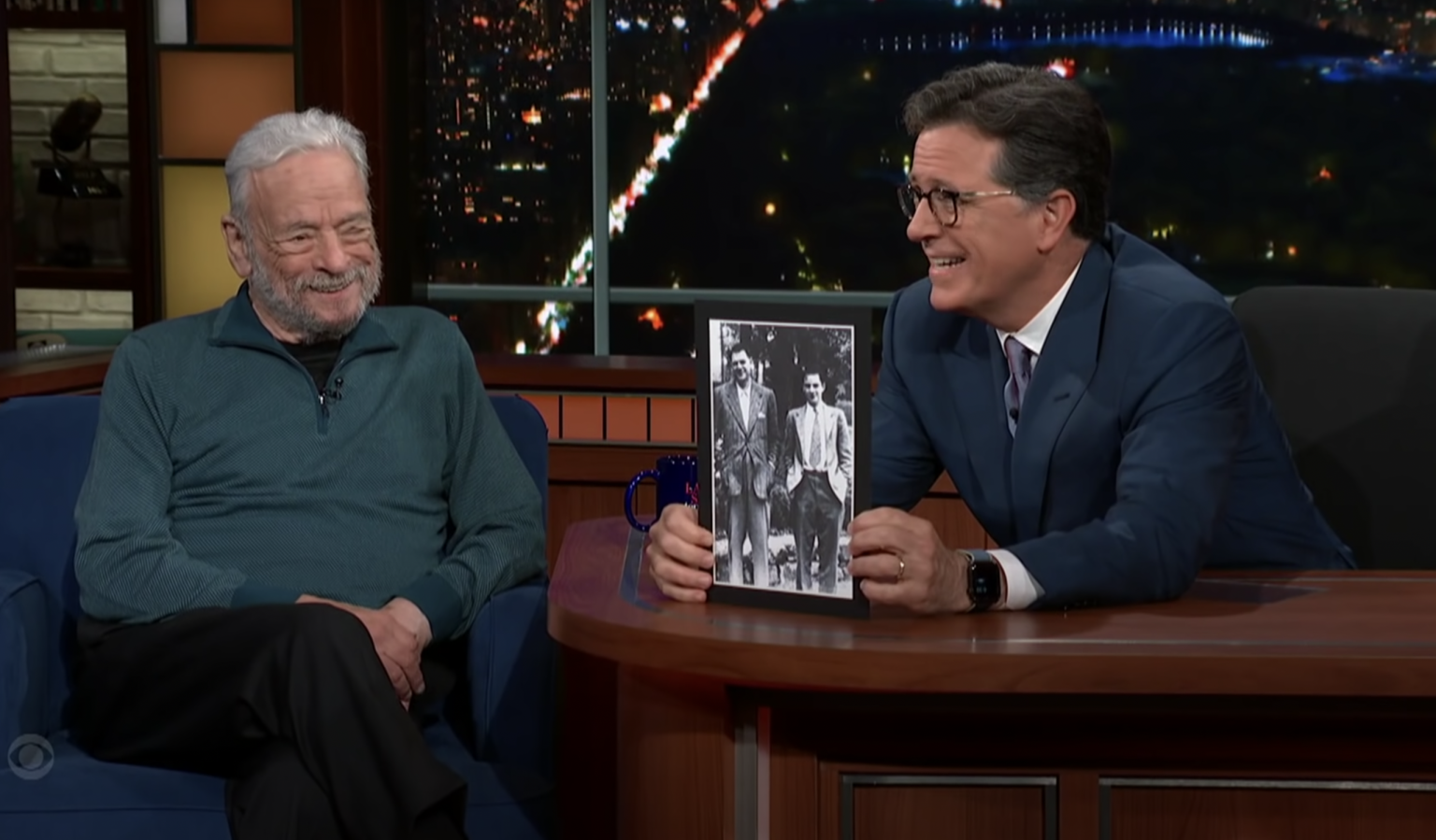 If you’re a musical theater geek, get ready to scream. During an appearance on
The Late Show with Stephen Colbert,” Stephen Sondheim revealed that he has been working on a new musical!

Not many details about the project, titled “Square One,” were revealed. What we do know is the composer has been working on the musical with playwright David Ives for a few years now. They hope to take it to the stage next year.

Sondheim’s appearance on “The Late Show” was to promote an upcoming revival of his musical “Company” starring Patti LuPone. It’s always nice when we get a little something extra!

The composer also mentioned a visit to the set of Steven Spielberg’s upcoming “West Side Story.” Sondheim said that we are in for some pleasant surprises. Tony Kushner’s imaginative takes in writing the screenplay makes interesting use of the songs in the musical.

Sondheim and Ives previously worked together on a production inspired by Spanish filmmaker Luis Buñuel, and two of his movies. The production plans fell through, and the project was cancelled.

It’s unclear if “Square One” has any relation to the previous Sondheim-Ives project.

Actor Nathan Lane mentioned the new show during an interview on the “Today” show. He revealed that he participated in a table read, along with Broadway legend Bernadette Peters. Whether or not the actors will be involved when it hits the stage is unclear.

Greatness truly knows no age. The composer has had a long and successful career. Some of his popular works include “Into the Woods,” “Sweeney Todd: The Demon Barber of Fleet Street,” and “West Side Story.” Many of his musicals have been adapted to film. He also wrote some songs for “Dick Tracy,” including “Sooner or Later (I Always Get My Man)” which was sung by Madonna. Stephen Sondheim is 91, and is still churning out great work!

I’ll be [im]patiently awaiting more news on “Square One” while planning a “Ladies Who Lunch” themed brunch!