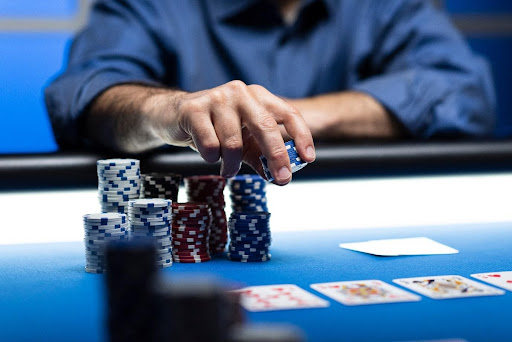 Poker is a game of luck, strategy and nerve — that a select few have attempted to master. The best players compete across the globe in high-stake Poker tournaments, in an attempt to walk away with huge prizes and titles.

In terms of prizes, the most esteemed award that a professional Poker player can earn is the World Series of Poker (WSOP) bracelet. This is awarded to the player who comes out on top at the WSOP championships, and it’s believed that 1,634 of these coveted prizes have been won, with many players having more than one bracelet to their name.

When debating who is deemed one of history’s greatest Poker players, there’s plenty of factors to take into consideration. Of course, two great indicators of a players Poker prowess, are the awards that they’ve achieved during the course of their career and the prize money that they’ve racked up.

So, with this in mind, we’ve compiled a list of three individuals who we believe are some of history’s greatest players. Who knows, they might even inspire you to try your hand at the game at an online casino.

When it comes to WSOP bracelets, Phil Hellmuth has the most impressive collection, having a whopping 15 titles to his name. He’s known as the ‘Poker Brat’ and is one of the most highly esteemed players on the professional Poker scene. In addition to the bracelets, Hellmuth managed to bag himself the $755,000 jackpot on his first WSOP victory. This evidently wasn’t beginner’s luck, as his total career live tournament winnings amount to a grand sum of $24 million affording him a place on the top 30 All-Time Money List.

What’s more, at the 1993 WSOP Championships, Hellmuth became the second player in the WSOP’s history to bag three bracelets in one single tournament. With all of this considered, a list of history’s greatest Poker players would not be complete without a tribute to the master that is Phil Hellmuth.

Representing the women in Poker, Vanessa Selbst has earned the title of the most successful female Poker player in history. Selbst’s passion for Poker began when she started playing as a teenager, learning from home and quickly demonstrating her skill.  Over the course of her career, she has managed to win a total of $12 million, placing her in the top 100 of the All-Time Money List.

She first displayed her Poker-playing prowess in the 2006 World Series of Poker, where she finished in 7th place and walked away with the prize winnings of $101,285. However, her most impressive career win took place in 2010, when she won the Partouche Poker Tour Main event and snagged the $1.8 million jackpot. Selbst has now retired from the sport, but we’re sure that she’s inspired women all over the world to try their hand at the game and show the men how it’s done!

Doyle Brunson is perhaps one of the most recognisable and longest-standing Poker players, with his career spanning 50 years! Brunson has managed to win 10 WSOP bracelets over this period and even reached the final of a WSOP event at the age of 84, proving that age is just a number.

He has made tournament earnings of $6.2 million in his career, and it is his skill and natural ability to command the table that have earned him an impressive fanbase over the years, as well as a place on our list.