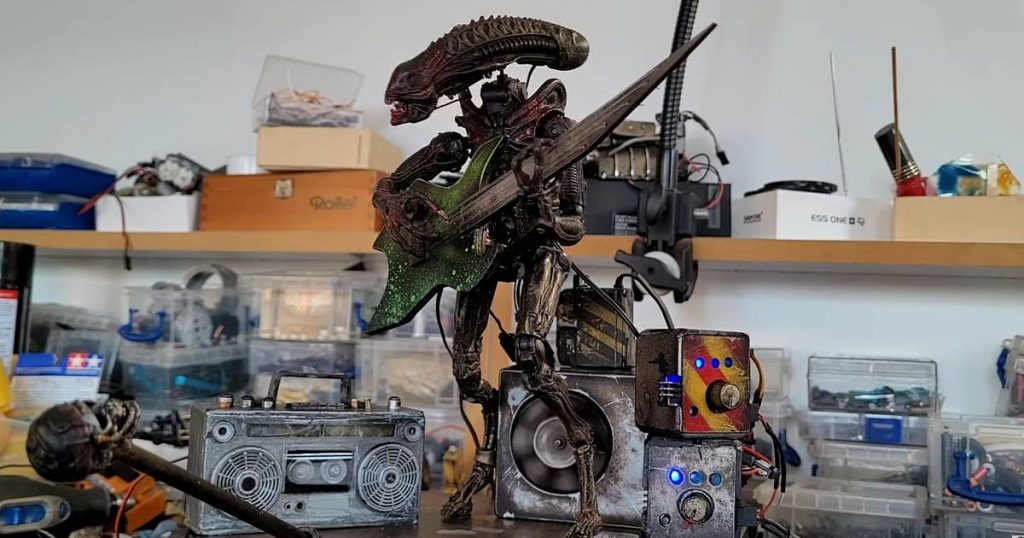 If you’ve ever thought that Xenomorphs were awesome then you’re probably going to enjoy this. Do you know how much cooler one looks holding a guitar? Would you ever think that one could be the front man for a band? Well thanks to Danny Huynh Creations, we can see one rock out as he controls the various dials for his newest animatronic.

He’s has created a very cool Xenomorph animatronic. The creation is holding a guitar and is surrounded by amps that control its various movements. It’s not paired with sound at the moment but I’m guessing that it can be set to any song and can be manipulated to fit the right cues.

What song would you want to see it sing/play guitar for? I would probably choose something by Guns N’ Roses or Metallica. But that’s just me.

Danny Huynh Creations is known for creating all kinds of cool animatronics so if you want to see more of this kind of thing follow him on YouTube!