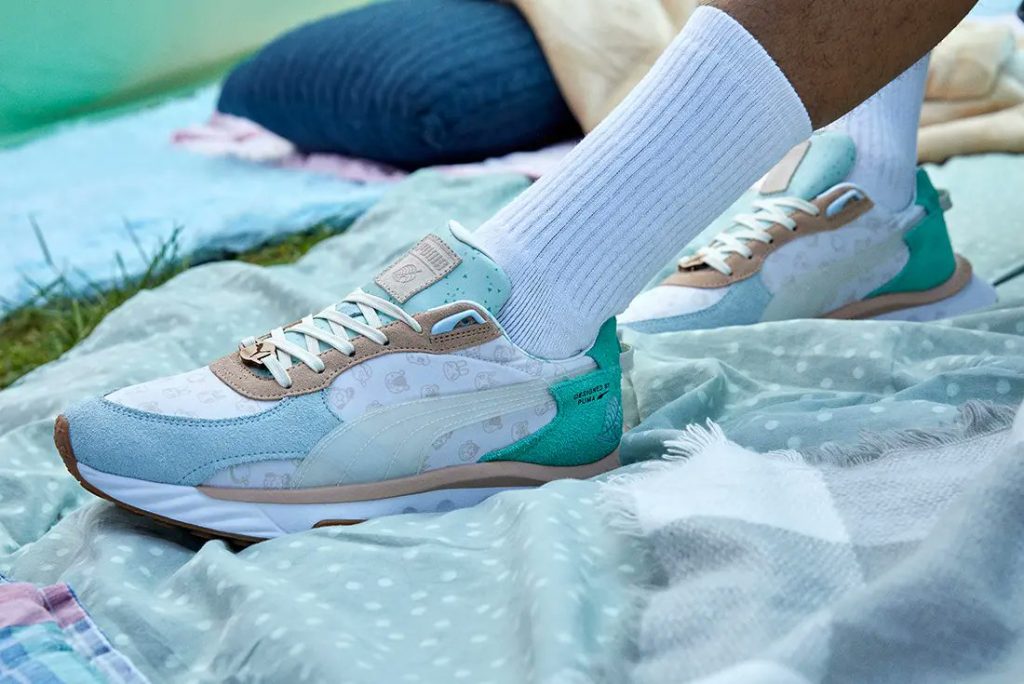 There are some cute new shoes that will have “Animal Crossing” fans running to Nook’s Cranny. Nintendo announced a new collaboration with Puma. The shoes are inspired by “Animal Crossing: New Horizons” and will sport the famous teal and white color scheme used by Nook Inc. in the game.

They won’t just have these shoes either. They’re going to have clothing as well! Skip on over and outfit yourself just like you would in the Labelle’s shop. Though we’re pretty sure these clothes aren’t made lovingly by claw. Well, maybe lovingly… but definitely not by claw.

So far there’s no word on when these are going to drop in stores but it should be very soon. One person on Twitter already has a pair but they think that the shop made a mistake and sold them early.

You’ll want to keep an eye out for when these drop. If it’s anything like the “Animal Crossing” Build-A-Bear collection, or the ColourPop makeup, they’ll be sure to sell out fast. That reminds me.. I need to order some more Labelle eyeshadow. Seriously if you haven’t checked it out you should!