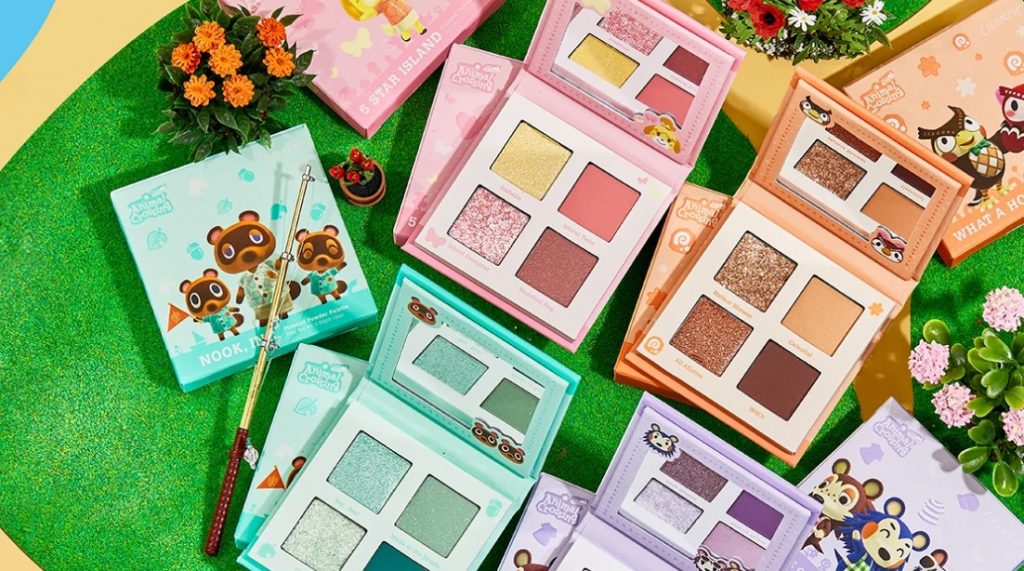 Back in March of last year, I bought the whole set of the ColourPop Sailor Moon makeup. I thought I was done. I thought there’s no way that I would ever want to buy a whole set of makeup from ColourPop again. Then they announce that they are collaborating with Nintendo for an Animal Crossing line, and I’m back in it. They are going to have a ton of cute character themed pallets, lip pencils, glitters and blushes!

There is a pallet for Blathers and Celeste, Isabel, Tom Nook, Timmy and Tommy, and the Able sisters. Each pallet has a light and dark matte as well as a more shimmery duo of colors.

Three families of colors are included in the lip pencils. Each one has a cap based on one of the varieties of fruit trees available in the game.

Balloon Pop Super Shock Shadow and Bellionaire Glitterally Obsessed are going to be a great way to class up any look you put together with the rest of the set.

You will be able to purchase from colourpop.com starting January 28 at 10am PST or from ulta.com starting Valentine’s Day. You’ll want to set an alarm because if this set is anything like their others they are going to sell out really really fast!