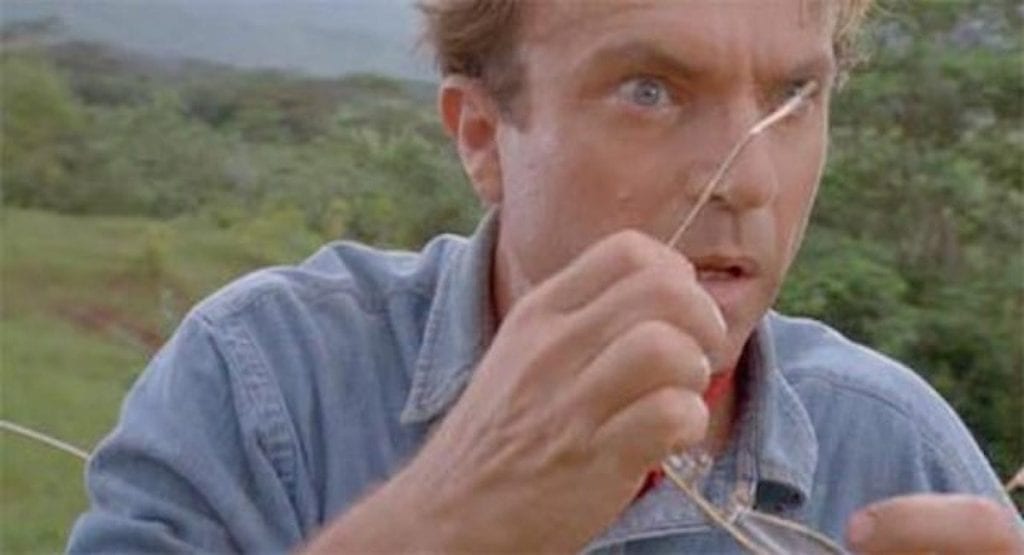 TikTok has brought us a variety of hilarious, awful, hilariously awful, and wonderfully puzzling things. And while we can’t say that this is the most beautiful of them all, it does certainly rank up there. We are of course, referring to a video of a bunch of rubber chickens, as squished by a bowling ball, playing the iconic theme from “Jurassic Park.” And if that wasn’t enough to intrigue you, keep reading, because there’s a twist.

So we pretty much already explained the set-up to you, there’s a bowling ball that’s going to run over some rubber chickens, the noise of which will re-create the John Williams masterpiece. Before we go any further, let’s take a listen:

As arranged by an individual going by the name, “The Critters” it’s very much a spot-on arrangement, thanks to the help of some extra orchestral backing. It’s a nice touch adding the buckets of chicken to the end in order to give it a nice choral effect. You can probably only imagine the amount of time it took to perfectly place the chickens and somehow get the right pitch out of them. That’s where things take a twist though.

Let’s look at another video that The Critters put together:

The above clip shows the bottom half of a person tipping over a box of LEGO bricks, only to reveal that they spill out to form the numbers and letter, “10k” in honor of the user’s 10,000 subscribers. Yet again, another incredibly impressive feat. How did they get the blocks to fall like that? How did they layer things in just the right way to make that formation? Well…they didn’t. It’s all CGI as shown in another video:

In this brief tutorial, The Critters gives us a run down of the generalities as to how they created the LEGO effect. And to give credit where credit is due, if I hadn’t seen this, I would’ve sworn it was real. Maybe I’m just not noticing things that I should, but it looked real enough to convince me that this was just some incredible amount of arrangement and understanding of physics to make the blocks fall where they did.

Based on that though, when we return to the “Jurassic Park” theme video, things start to make a lot more sense, since it too is all CGI. This is why the room it takes place in seems to have limitless shelf space and the room to set it all up. It’s also why the seemingly identical chickens can produce different sounds at the exact required length, and how the bowling ball stays perfectly on track despite running over objects of an uneven shape.

If you’re suddenly feeling a bit let down upon the discovery on this knowledge, think of it like this; the dinosaurs in Jurassic Park were partly CGI too. Considering that birds are just descendants of dinosaurs, wouldn’t the natural progression of CGI be chickens? Maybe?

Well if that doesn’t work for you there’s always this remix I’ve been listening to for years: