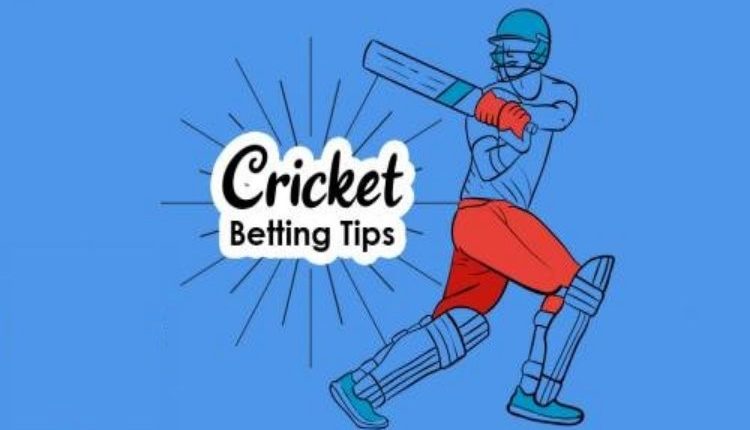 In a country like India, cricket gets termed as the religion by the die-hard fans of the game. There is no denying that betting on cricket is as much fun as watching the matches live on your screen. In fact, betting makes the match even more exciting because you can clearly see if your predictions come true or tank miserably. But how would you make sure that your predictions come true most of the time? Read on to know the betting tips for cricket that can be a big help in this regard.

Importance of considering the weather forecast

Every professional cricket better needs to know the weather forecast before they decide where to put their money. After all, almost all kinds of weather conditions impact the quality of the game and the live cricket score IPL.

For instance, overcast conditions are great for the bowling side, but a sunny and dry day is what the batsmen ask for. Besides, matches cannot be played when the rain starts pouring, and the match might be declared a draw in that case.

So, when you analyze the game before the match to make predictions, keep in mind the climate of the country, as well as the daily weather forecast. When the sun sets early in the area, the lack of time will impact the game. On the other hand, there are countries that get some amount of sunlight even until 7 pm, which increases the teams’ chances of getting to play the game completely.

There is no other sport that is impacted by the weather as much as cricket. So, it is important to look at all the forecasts in order to accurately predict the game’s outcome.

Pay attention to the conditions of the pitch

You need to pay attention to the pitch conditions because it’s one of the factors that can impact the match quality. At times the weather influences this, and at other times, the surface made by grounds-men influences this.

For instance, the Galle International Cricket Stadium, Sri Lanka usually has a considerably dry surface because of the hot weather. So, this will offer greater advantage to some bowlers. Usually, the dry grounds help spin bowlers who want to create more impact. It is keeping these little things in mind, apart from the live cricket score IPL, which has a major influence on the cricket bet’s success.

Of course, you will have to do some research about the previous matches that have taken place on the similar pitch, along with considering the ground surface. Do teams get high scores when they play at this ground? Are the scores of certain players especially high at this ground?

Consider the crucial in-play variables of the match

One of the lesser-known betting tips for cricket also pertains to out-of-play factors, while others focus on different in-play variables. It involves a range of factors, starting from who won the toss on the first morning to the overall experience of a team playing against another at a particular ground.

During the opening of the match, a coin gets tossed and the one who wins decides whether their team will bat or bowl first. Though a range of factors are important in gameplay, it’s also true that more than thirty-four percent of teams winning the toss at test matches also win the game eventually.

Though it sounds like an obvious point to people, team experience has a major role to play in the game’s outcome. It does not always refer to the duration for which they have been playing. In fact, it can be anything from the ground on which they are playing to the team they are playing against.

If the team is not used to the technique of their opposition, they might be at a considerably disadvantageous position. The team that is playing in their home grounds will already have a much better idea of the conditions than the visiting team. The variables might sound small but they leave a major impact.

The experience of the batsman

It is important to consider a batsman’s experience when betting on him. Consider at what stage of his career the batsman is currently in. A batsman who lacks experience can taste more success in shorter formats like T20, but they might not be equally good in test matches.

The experience of the bowlers

The same logic applies to the bowlers. Any experienced bowler knows the way to scare the batsmen with a strong attack, which changes the entire gameplay. The bowlers who lack experience are hard to predict. They might turn the gameplay one day, and show lack-luster performance the next day.

And that’s it! As you can see, players’ performance and live scores are not the only two things you pay attention to while betting on cricket.

Growing Popularity of eSports in the US