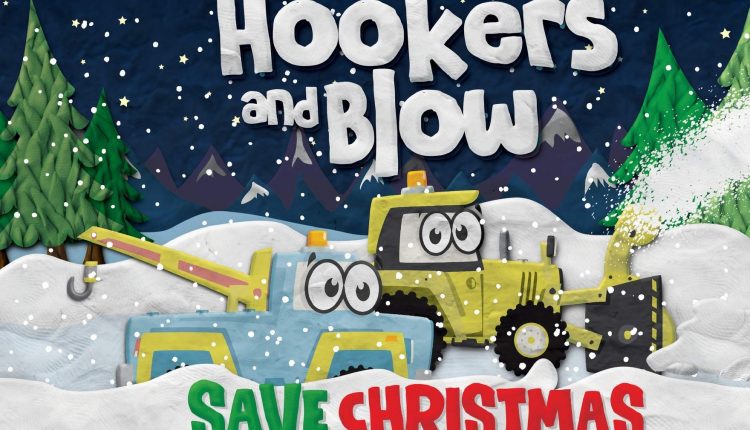 It’s tough to create a piece of media that’s just as engaging for children as it is for the adults who are experiencing the media with the children. There are some classics that have been able to read that fine line; many Pixar movies have done it, as have television classics like “Animaniacs,” and more recently, “Bluey.” But you know what helps push that line more towards the adult level of the line, “Hookers & Blow Save Christmas.”

Written and illustrated by Munty C. Pepin, “Hookers & Blow Save Christmas” is about 22 pages long according to the listing. The title is knowingly provocative but the cover artwork reveals the more innocent interpretation of the titular phrase. This isn’t a Christmas story involving prostitutes and cocaine, it’s about a tow truck that “hooks” cars, and a snow removal machine that “blows” snow away.

After having released in August of 2020, the book has amassed some pretty decent number of ratings on Amazon, while its own website posts some additional images and reveals the basic premise of the story. Basically, Tom Transport is a sentient, anthropomorphic big rig in a world where other vehicles are also humanoid and celebrating Christmas. However, as Tom is bringing presents to the Christmas party, he gets trapped in a snowdrift. So, the police decide to contact the duo of Hookers and Blow to help save Tom and the town’s Christmas.

It’s nice to have some harmless fun that kids will learn the alternative nature of later in life; just so long as they don’t go around stating their parents gave them hookers and blow for Christmas. That’s one of those things that’ll get social services around to your place pretty quick.

Fun side story, when I was a young child, about 5 years old, my mother would give me some water with lime and lemon to settle my stomach if it was upset. I also used to have a speech impediment where my “la” sounds would sound like “wa.” So when I had a stomach ache in school once and the nurse asked me if my mother had given me anything for it, I replied with “lime and lemon” only for it to be pronounced like “wine and women.”

This prompted a phone call home about as quickly as if I had “hookers and blow.” But hey, the book DOES look fun, doesn’t it!?

Pick up your copy on Amazon here.