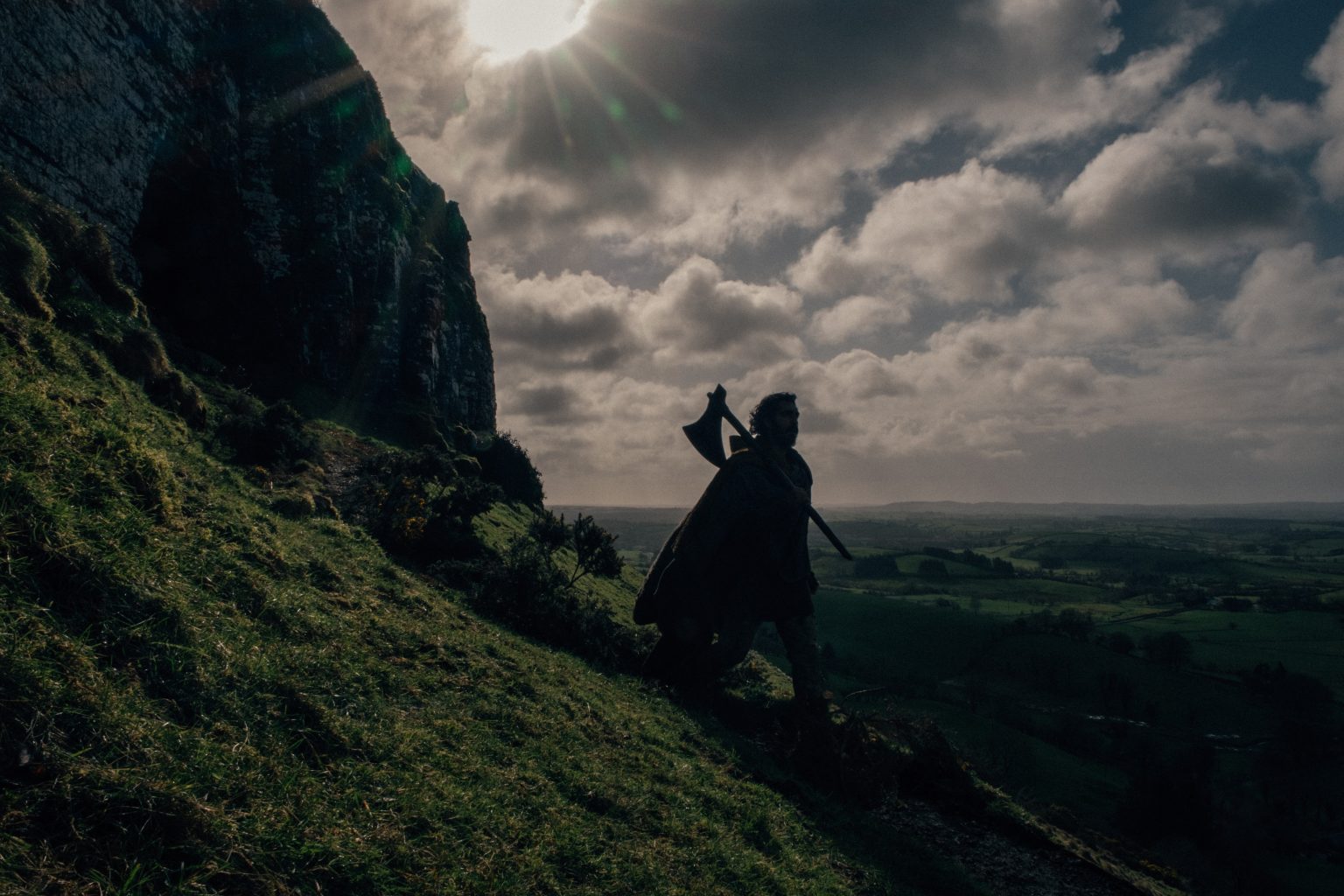 “The Green Knight” is a Meditation on Arthurian Legend [Review]

A24’s “The Green Knight” is unlike anything an audience is expecting when they settle into their seats in the theater, but that’s what makes it so special. It’s not a wall-to-wall action film. If you are only looking for sword fights and jousts, perhaps revisiting “A Knight’s Tale” is a better idea. But if you are willing to go down the rabbit hole of Medieval French-inspired chivalric tales, this is probably among the best of its kind.

The film feels at times like something out of a dream, always certain that there are layers of meaning that will enhance the experience for those familiar with “Sir Gawain and The Green Knight” literary traditions. But even for those who are not, it still is entirely straightforward enough to follow. For example, the story’s King and Queen are never named, which is fine, and not needed for the point of the film. However, if you know that the Gawain’s uncle is in fact King Arthur, then the story becomes all the richer. It is not a young Arthur, but one late in his reign, in the waining days of Camelot, and that choice can also speak to the story itself.

Since it doesn’t bother to feed in the backstories, it can remain focused on its own path rather than being bogged down with extemporization. There are moments and segments which appear as if out of a rolling fog, and disappear just as quickly. But that’s how epic poems were crafted and intended – one moment there is a quest, another there’s bandits to be overcome, then there’s some Christian imagery, and the next will be magic.

The story opens on Christmas, with the King (played by “The Borgias’” Sean Harris) and Queen (“The Witch’s” Kate Dickie) holding court, when the mysterious figure of The Green Knight comes riding into their midst holding a holly bough. He challenges anyone present to a game. Anyone may choose to fight him, and if they give him any form of wound, then he will give them his massive axe, but in one year’s time, they must travel to the Green Abbey where the Knight must be allowed to repay the injury. Gawain (“The Best Exotic Marigold Hotel’s” Dev Patel) takes up the challenge, and the result and his seeking out the Abbey the following Christmas forms the core of his quest.

There are nuances that can be dived into- such as the dual roles played by Alicia Vikander– or you can just go with it and enjoy it as an eccentric tale of a person’s quest for honor and why it drives them, and when it carries them off their path.

While the arc doesn’t follow all of The Green Knight’s literary cycle, the amount to which it holds true to it is nothing short of amazing, and the production design will absolutely be on most of the nomination lists when award season comes around. Most characters and moments would not feel that out of place as a panel on the Bayeux Tapestry (okay, yes, to you who will point out that the Tapestry predates The Green Knight’s tale by several centuries, I’m just commenting that this is a great relief relative to the abomination of historical costuming that has been happening all too often in recent years in film).

Adapted for the screen and also directed by David Lowery, who previously similarly showed a proficient hand at exploring a character’s journey in 2017’s “A Ghost Story,” has managed to create something that will be at the least a classic for its key audience.

“The Green Knight” opens in theaters everywhere on July 30th and is rated R.