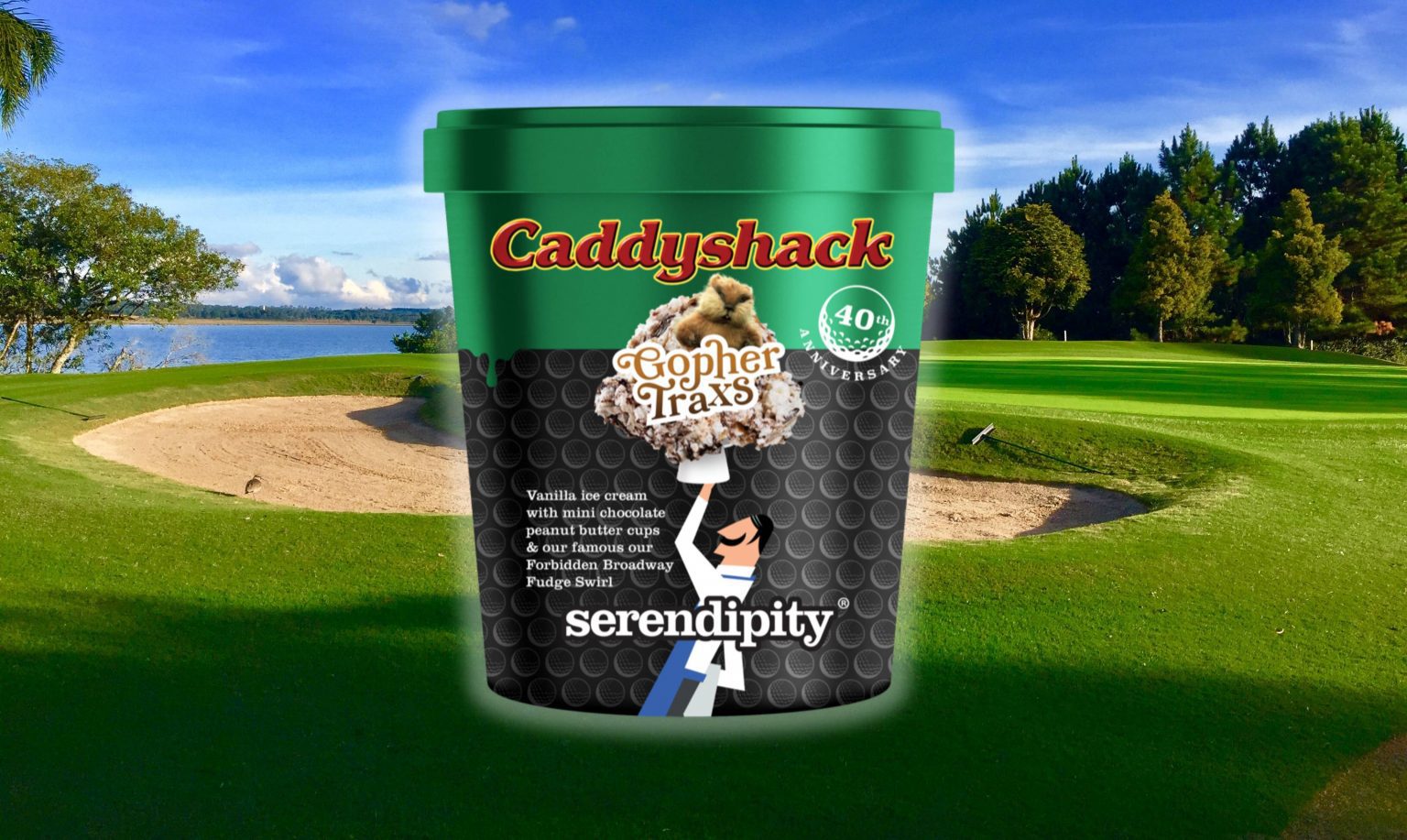 “Caddyshack” has remained the lasting legacy of being your dad’s favorite comedy for the last 40 years. It’s an endlessly quotable movie thanks to Chevy Chase and Bill Murray being at the top of their game. And now there’s an ice cream inspired by the film! Break open a pint of this new ice cream, pop in the DVD and let the hilarity ensue.

Just like the popular Moose Tracks sold in various forms, this ice cream will have vanilla ice cream and delicious peanut butter cups. The flavor tops off with a delicious salty caramel swirl. You won’t want to miss out on Gopher Traxs by Serendipity Brands.

The new flavor is available now nationwide at select local supermarkets, convenience stores and other food retailers across the country. This delicious pint is sold alongside other cult-favorite Warner Bros. Pictures productions including:

Let us know if you find these flavors in the wild, we want to try them!