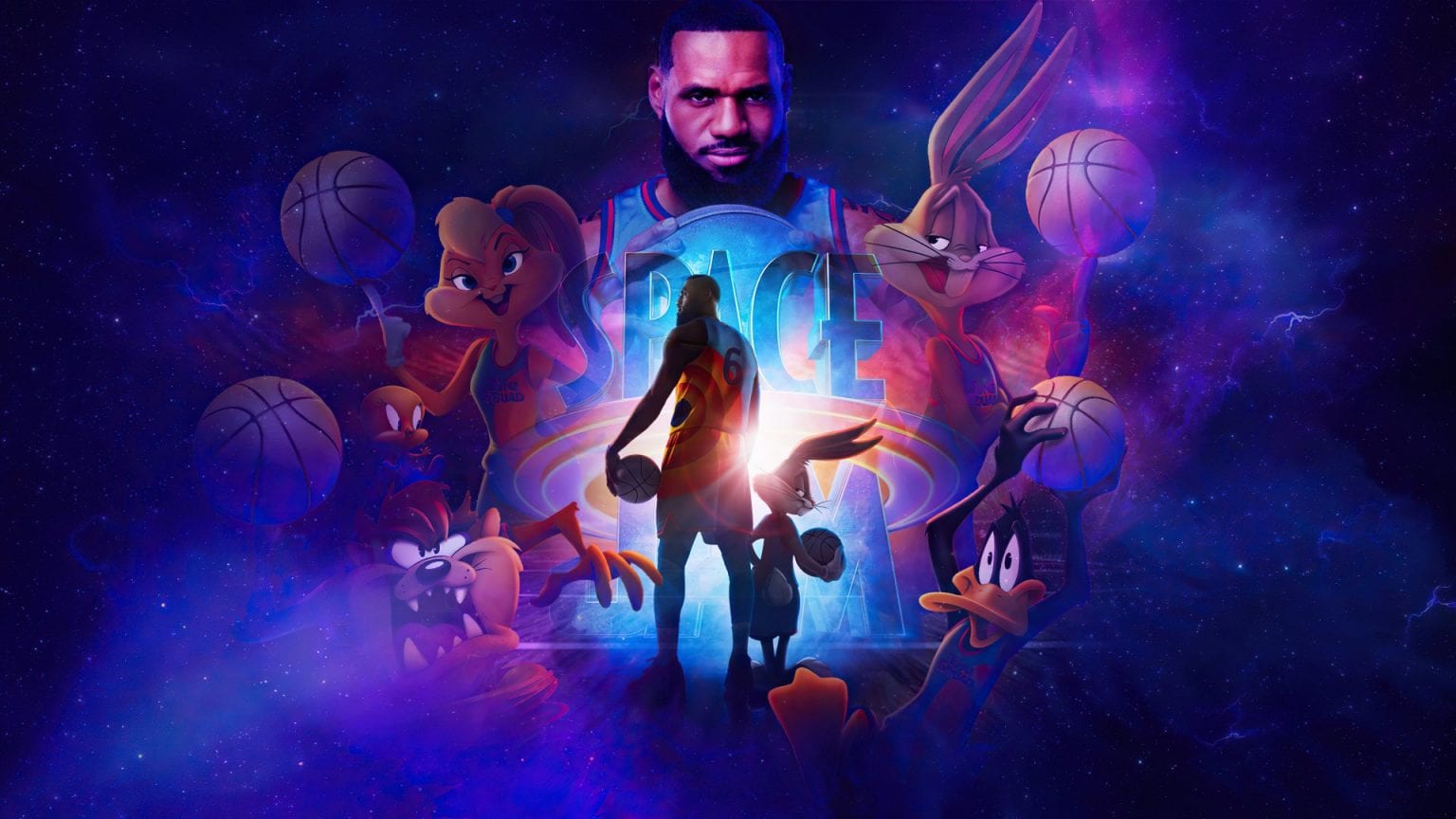 Let’s go ahead and get on the same page right away: I didn’t go into “Space Jam A New Legacy” with a desire to hate it. I love the original “Space Jam,” but I will be the first one to tell you it’s not a good movie and falls apart quickly when you remove the nostalgia goggles. The original is one big, long, Michael Jordan commercial, framed by the clever use of looney toons and some cameos that literally make up for its faults. The point is, I’m not someone sitting here unwilling to admit that flaws of the original and ride that wave as a reason to outright dislike “Space Jam: A New Legacy,” the same movie for a new generation.

The problem with the sequel (and there are many) is that it doubles down on all the wrong things, and in its desperate attempt to “reach the youth” feels more like a film that out of touch boomers THINK Gen Z kids will enjoy. The “Space Jam” franchise has always been about commercial marketing, but “A New Legacy” fails to infuse any magic or purpose as a veiled delivery, opting to put marketing first, everything else second.

The absolute worst parts of “Space Jam: A New Legacy” call all be tied back to its very meta, self aware premise. The film is framed through a big construct of Warner Bros. Studios and their properties. The idea that WB is a self-aware studio willing to admit their mistakes and point the finger back at themselves in some kind of meta narrative for children is the most unbelievable aspect of the entire film.

Yes, that includes the idea of an algorithm played by Don Cheadle named Al G Rhythm (please don’t I can’t eye roll hard enough at this) going full Skynet, taking over everything in the WB catalog as well going full “Tron,” and sucking random people into the digital world called The Serververse. Yes, it’s as stupid as it sounds. Even for children, “Space Jam: A New Legacy” seems to think its strengths lie in the journey through unrelated properties instead of just telling a simple, kid friendly story about family and following your dreams through teamwork and friendship. I can excuse anything that executes these kinds of tropes within their own genre well, and for the most part, the original does this much better than the sequel.

I can’t stress enough how annoying the “Hey look we’re WB and we gave you Game of Thrones and Batman! Look at us and how great we are!” meta narrative that permeates just about every single facet. Again, you can bitch and moan that this is a movie for kids, but if you think kids get the “Mad Max: Fury Road” and “Game of Thrones” jokes, you’re lying to yourself about who YOU think WB thinks this movie is for.

Most of this would be excusable if it was used sparingly, but its literally the catalyst for the entire film. Everything in “Space Jam: A New Legacy” centers around highlighting WB’s other successful properties, as if their goal is say “We know this isn’t good, but don’t forget we also made ‘Harry Potter‘ and ‘The Matrix.‘” Everything from the main antagonist to the fans in the stands exist solely as promotional vehicles for other, popular WB properties.

This really frustrating because “Space Jam: A New Legacy” ends up being more distracting than an actual sequel or retread of the original. As silly as “Space Jam” is, at the very least it keeps its premise simple: bad guys take over the Looney Tunes, the toons bring the best player in the game to play for their freedom, and everyone gets the opportunity to grow (albeit in the most cliche ways possible), and lead the good guys to victory. “Space Jam: A New Legacy” seems to think that all of those things are secondary to making a movie about how great WB Studios is. “Space Jam: A New Legacy” COULD be a good return to form, as it’s very framework lends itself to all of the things you swear is made for children. It has familiar toons returning to the basketball court, it has an updated game version to play so it doesn’t simply redo the original, it has the father/son drama angle that has a lot of potential, and it has a basketball star learning new lessons. On paper, THESE should be the things that carry into a kid’s movie with adult references, worthy of nostalgia even if it doesn’t quite land as well as its predecessor.

Instead, “Space Jam: A New Legacy” is a pandering adult studio love fest that prioritizes all of the wrong things. The film is listless, puttering about from film reference to film reference while ignoring anything that could possibly make it a decent, cohesive film. I don’t normally do this here, but I’m going to fix “Space Jam: A New Legacy.” It’s actually pretty easy, honestly: Lebron James wants his son to play basketball but his son wants to be creative. The game he creates becomes corrupted by an interdimensional computer virus (whatever you want here, just not an algorithm called Al G Rhythm), for the love of god anything but that) who wants to control Lebron’s image in digital media forever. The digital thingy captures them both, woes his son and pits them against each other in a very special basketball game. Desperate for players, Lebron must travel to Toon World and recover the Looney Tunes who haven’t found success since beating the Monstars. Through the power of teamwork and family, the Toons will discover their looniness again while Lebron and his son mend their relationship through their face off.

But no, that’s not what we get here. “Space Jam: A New Legacy” doesn’t do ANY of this. You can’t even root for Bugs Bunny here because the entire film he’s literally using Lebron for his own gain and doesn’t care at all about his quest. The movie is about WB and their properties and desperately trying to pander to an audience the creators simply don’t understand. Also, Michael B. Jordan is NOT Bill Murray. Those two cameos aren’t even close in their overall enjoyment on screen or their impact to overall enjoyment of the film. Again, Jordan’s cameo is nothing more than WB pointing and saying, “Remember Space Jam? You guys know the guy who was in that Wakanda movie? We got him! We’re so fucking cool, you guys!”

“Space Jam: A New Legacy” misses the mark with ever single dart it throws. At the very least, it should be a fun retread of the original, loaded with kid friendly tropes with occasional joke for the adults who had to watch it with their kids. For all its faults, this is why “Space Jam” has stood the test of time for so long. Is the original a great movie? No, it’s really not, but it’s a serviceable kids film with quite a bit to enjoy when you look past Michael Jordan’s lack of acting skills. “Space Jam: A New Legacy” does none of this, and in turn becomes an insufferable mess that’s hard to enjoy for anyone, both kids and adults alike. WB simply doesn’t have the kind of clout to make a film centered around promoting how amazing they are, and worse for thinking that’s what we wanted to watch for two hours. “Ready Player One” is a nostalgia filled, memory lane jaunt packed with reference after reference, but that’s all secondary to the story being told. “Space Jam: A New Legacy” is the inverse of this, and suffers greatly for it.

I can’t be any clearer: I really wanted to like “Space Jam: A New Legacy.” Despite all misgivings, I wanted to be able to sit back and pretend I was a kid again but relish in being old enough to get all the jokes. This should have been easy to deliver, as the original “Space Jam” did this at its most basic level. Unfortunately, it simply abandons all of these things, mismanages the narrative and is deeply out of touch with who these kinds of films are made for.

when the best part of your movie is checking the background to see who’s in the stands, you’ve got yourself a bad movie. “Space Jam: A New Legacy” is the Game of Thrones Season 8 of sequels, abandoning everything that made us enjoy it the first place while also trying to sell us on how great they were once.

You can catch it on HBO Max now.