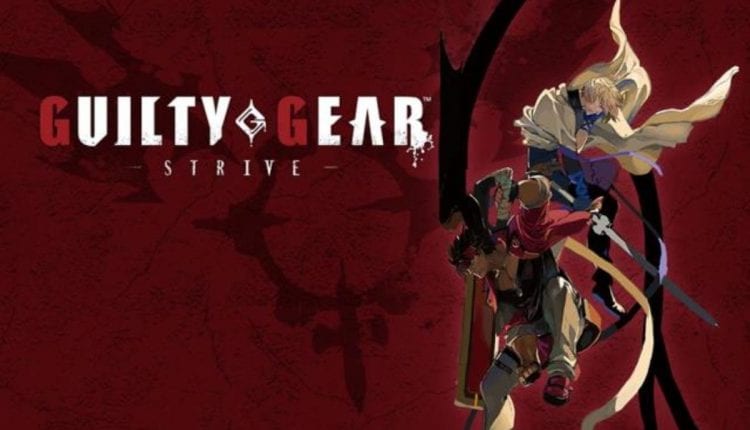 Shipping 300,000 units in its opening weekend, the last Guilty Gear entry of Strive has been the best selling in the series yet. Regarded by some long-time fans as an oversimplification to the point of ruining the classic experience, the larger voice is one of appreciation. In walking this path, Strive has taken a gamble, but in just a few weeks since its arrival, this gamble seems to have paid off. So, what was the reasoning behind this decision, and why do many industry insiders believe it to be one of the best things to happen to Guilty Gear yet?

Originating on the PlayStation 1 back in 1998, the first Guilty Gear was a 2D fighter where the competitors were essentially biologically engineered weapons. Taking heavy influence from anime stylings, the game and then series became famed for a detailed 2D graphics style and increasingly complex battle systems. Fast-paced and unique, Guilty Gear has long been one of Arc System Works’ best properties, only growing more famous over time.

Evolving over the years, the GG series achieved its modern signature look in Guilty Gear Xrd, released first in arcades in 2014. Moving away from 2D, GG adopted a cell-shaded 3D look which closely mimicked the appearance of classic 2D sprites in a 3D space. Added to by Guilty Gear Xrd -SIGN- and then Xrd REVELATOR, the series had achieved what is still regarded as the best in class in looks, though its gameplay systems were more contentious.

With such consistent growth over the last 20 years, there was concern that GG was becoming impenetrable for outsiders. This led to the creation of Strive, which was based around streamlining and redefining the more complicated aspects to more welcoming systems.

Striving for a Larger Audience

Esports in the 2020s are bigger than at any point in the past. This is measurable in practically all attributes, each illustrating a more mainstream acceptance and appreciation of digital sports endeavors. Though fighting games play only one part of the total eSports market, they too have seen continual growth, but taking advantage of this growth has been a challenge. As is demonstrated by the evolution of games in the world’s biggest tournaments, each series has had to forge its own path to adapt to the demands of a changing market. Strive’s path, while bold, has so far proved one of the more effective.

For the players, the biggest hurdle to Guilty Gear reaching its maximum potential was its range of complicated systems. This is something the series creator Daisuke Ishiwatari himself noted, following the release of the final Xrd REVELATOR version. In an interview with Destructoid, Ishiwatari noted that gameplay systems were “too complicated for everyone”, so he vouched that the next entry would address this issue. Taking notes from another of Arc Systems Works’ successful games, Dragon Ball Fighterz, simplification became the way forward.

The thing about fighting games is that, while they might seem like a button-mashing mess to the unfamiliar, they’re actually highly precise competitions of dexterity. Like speed chess mixed with Hungry Hungry Hippos, they always include some natural level of complexity. This can be great if you’ve been following a game for years, but for newcomers, this difficulty combined with decades of evolving meta can make considering starting new titles a non-starter. Strive, while still complicated in its own right, opened the doors to fresh blood when it normalized more approachable play, and in doing so brought its popularity to new heights.

The benefits from Strive’s changes didn’t just stop at the players, however. This new level of streamlined systems also meant that the game was much more approachable to spectators. Whether fighting game fanatics familiar with fighting game concepts or complete outsiders, the more streamlined nature of Strive has made it much easier to watch. In turn, this gave it higher viewer numbers, and thus higher possible payouts for high-level players, again helping the game’s long-term viability.

Going a step further, this level of outside engagement has also done a lot for related industries like the eSports betting market. As illustrated by services like Betway eSports, these websites focus on the big approachable games like CS: GO and League of Legends which, while deep games, are also immediately understandable to wide audiences. While Strive might not have reached this level of fame yet, similarly well-integrated games on these services are excelling thanks to parallel development paths. Solidifying this success is the fame that the game has already found on streaming platforms like Twitch. Performing extremely well in the fighting game Twitch sphere, ongoing popularity could indicate future fame.

Though it’s still early on in Strive’s lifespan, current record-breaking performance and fame have given it a strong start. Even playing a part on the main Evo stage as noted by Event Hubs, this new addition has turned Strive from a little niche into a major competitive title. Looking forward to a future of better net code and a bigger player base, it’s impossible to tell how far Strive could go. That said, if its current trajectory is any indication, Strive could set the tone for all Guilty Gears to come.

This Coffin Coffee Table Is Great For Displaying Your Skull Collection