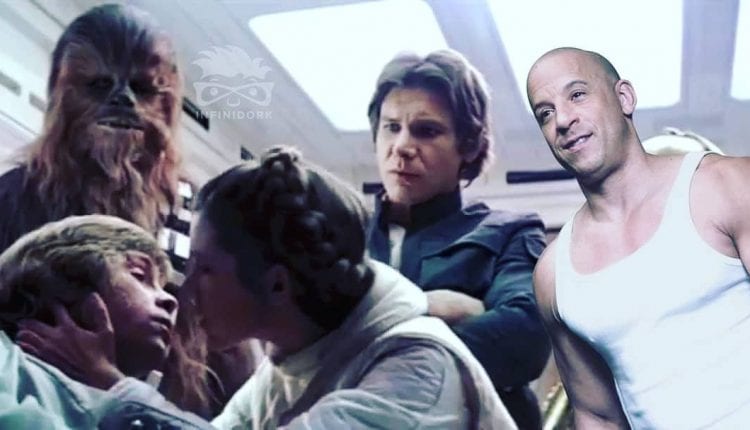 The internet is rarely short on meme trends, consistently finding new formats and themes to relentlessly create in as many different ways as possible. The last big craze was the Bernie Mittens meme craze, in which Bernie Sanders and his giant Inauguration mitten wear was memed into just about every facet of pop culture imaginable.

With the release of “F9: The Fast Saga” DOM-inating (I’m not bette than this and I will not apologize) the box office as theaters begin returning to normal, the internet has decided that Dom and his “nothing is stronger than family” defining trait should be in everything.

[Editor’s note: wow, this video is from 2017 and probably needs to be updated now.]

It’s humble beginnings started with mocking the idea of Dom in space in “Star Wars” memes. This is a direct reference to Ludacris and Tyrese heading to space in “F9” and points out the ridiculousness of sending two car mechanics to space in a little more than duct tape and scuba suits. It probably could’ve (and should’ve) stopped there. The idea of Dom defying all physics and reality with nothing more than “family” in Star Wars memes isn’t too far off from the actual Fast and Furious franchise. Of course, the internet shows 0 restraint and blasted off into the stratosphere with the template.

While it doesn’t feel like free advertising for a franchise that, let’s face it, doesn’t really need it, there are some genuinely laugh out loud ones popping up in my timeline. There are honestly just too many to truly capture the scope and vastness of Dom/family memes. Here’s a few of my quick favorites.

It’s proof that nothing, not even the internet is stronger than family.

What are some of your favorite Dom / Family memes?