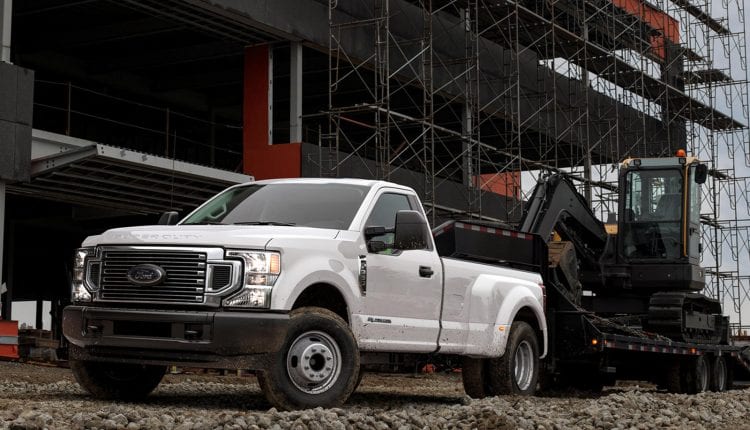 What’s the Difference: Body-On-Frame vs Unibody

Whether you’re in the market for a new or used car, if there’s one thing for certain, it’s that there’s a near-infinite amount of choice out there which can make it really difficult to make a decision. Without even having to do any research, however, it’s easy to see that crossover SUVs and pickup trucks are the two most popular classifications, at least in the USA. It would make sense then to go in that direction when shopping for a car, as these models seem to really appeal to people and it just helps to narrow down the options. Even so, the SUV and truck segments are incredibly extensive and diverse – there are still just so many options within just those two segments.

Looking at the pros and cons of certain aspects of SUVs and pickup trucks may help narrow the options down even further though. So here, we look at the differences between body-on-frame vehicles, such as the GMC Yukon, and unibody vehicles, such as the GMC Terrain to determine which would best suit one’s needs. So without further ado, here are the core qualities, drawbacks, and key differences of body-on-frame and unibody vehicles:

What Is Body-on-Frame and Unibody Construction

These two terms relate to the chassis construction of certain vehicles – each one carries its own advantages and disadvantages when it comes to the performance, drivability, capability, and day-to-day practicality of a car. The frame of a vehicle is also known as the chassis and it can be thought of as the vehicle’s vertebrae. It’s what the engine, transmission, drivetrain, and body are all attached to and it’s the defining constituent to the vehicles overall structure and purposing.

The first automobiles were built using rudimentary wooden frames devised from horse carriages called rolling chassis, which were simply mounted with an engine that would propel the wheels, and then later on, fitted with various cabin designs and seating configurations as the industry developed. The body-on-frame concept came about after a whole lot of innovation and it proved to be the most dependable and flexible as well as the safest. It was a low-profile chassis, or skateboard chassis, that could support various powertrains and a variety of body styles that would be hoisted onto and mounted to the chassis. It was favored for use in larger more able-bodied vehicles such as SUVs and trucks.

The majority of modern cars utilize a unibody, or unitized body construction which is a design that integrates every constituent of the vehicle into a single whole. In other words, the vehicle’s body, floorboards, and chassis are all joined into a single structural element. It’s a lot more complex than a body-on-frame chassis and each and every vehicle requires its own design – meaning it can be expensive for automakers to develop. But they are, however, easier to mass produce once designed and they offer many benefits to consumers over body-on-frame vehicles. They are lighter and hence more frugal on gas, and they’re safer by virtue of their lower center of gravity’s and integration of crucial crumple zones.

So Which is Right for You?

The right type of vehicle for you depends on what you’re planning to use it for. If you’re looking for something sturdy that can easily take the unbeaten path and tow however much you need it to, then a body-on-frame vehicle may be what you’re looking for. These are also usually cheaper to repair and maintain than unibody vehicles. Unibody vehicles, however, will deliver better handling, especially in urban settings, get you more miles per the gallon, and are, in general, just a lot safer than body-on-frame vehicles.

How to Find Employees Easier With a Temp Agency Toronto