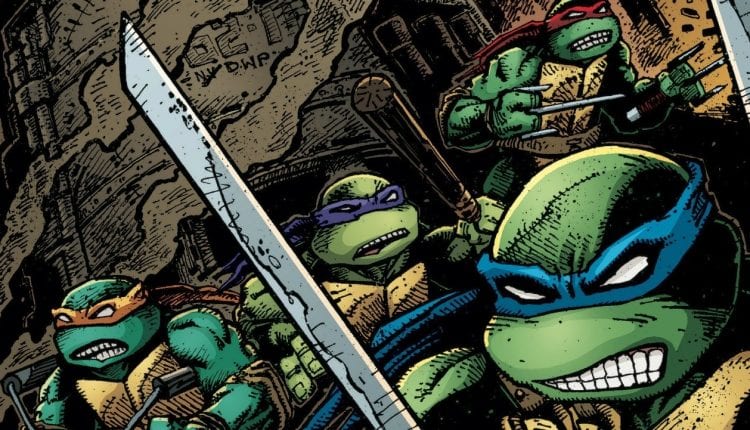 The Teenage Mutant Ninja Turtles will be getting a special memorial in the city of Dover, New Hampshire. The manhole cover located in front of the residence where creators Kevin Eastman and Peter Laird once lived is going to get an artistic historical marker.

Kevin Eastman and Peter Laird founded Mirage Studios in 1983. They famously created the Teenage Mutant Ninja Turtles while living at 28 Union St. The home was where the two would come up with sketches of the turtles. Since living there, the home has been demolished but the manhole still remains. The property is now owned by the Dover Housing Authority.

The idea was brought up at the the City Council at its June 7th meeting. Dover resident James Lane proposed the idea to the city’s Arts Commission. He called it “a part of Dover’s hidden history that needs to be told.” They endorsed the Arts Commission’s concept, and are now pursuing the trademark rights. They are looking to somehow incorporate original art honoring the turtles.

The manhole is widely known in the Teenage Mutant Ninja Turtles as the way they get out of their sewer lair. They have many iconic moments in film, TV and video games that make use of the manhole. It will be nice to have a landmark to visit that shows off a part of pop culture history. It’s going to be a destination for many comic book nerds and TMNT fans to take a picture with.

Ralph DiBernardo is also getting involved. DiBernardo famously bought the first 500 copies of the original print of the “Teenage Mutant Ninja Turtles” comics to help out his regulars Eastman and Laird thinks that this is a great idea. He also wants to create a convention for them in the area and give out free TMNT comics.

“I want to be a part of it because it’s such a brilliant idea,” DiBernardo said. “Dover is the home of one of the most important children’s properties in the world, and it’s time we recognized that.”