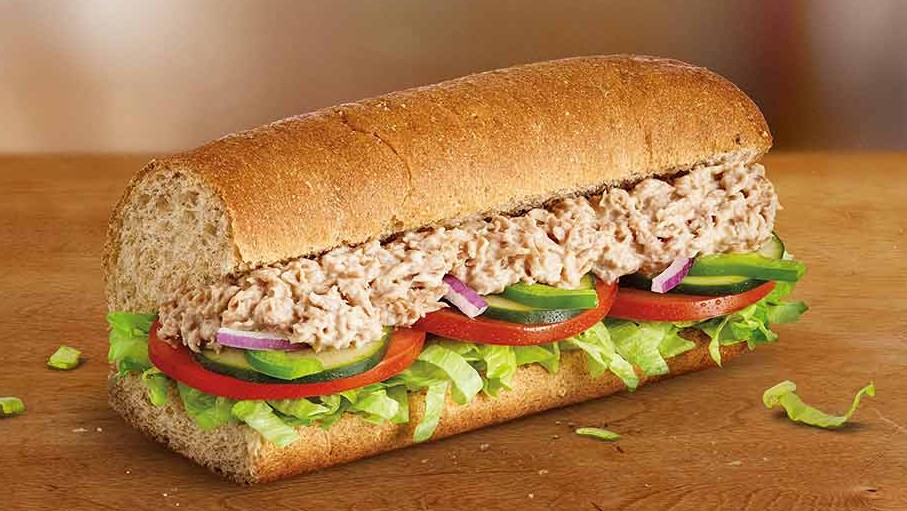 Due to a recent lawsuit against Subway their “Tuna” has been tested by a lab. The New York Times sent three samples of tuna from three different chain stores in Los Angeles. What they found was that the samples had no tuna DNA. So whatever it is, it’s definitely not tuna.

As Julia Carmel of the New York Times reports:

I found myself on the phone with a spokesman for a lab that specializes in fish testing. He agreed to test the tuna but asked that the lab not be named in this article, as he did not want to jeopardize any opportunities to work directly with America’s largest sandwich chain.

Tests done by a commercial lab could not detect any tuna DNA. They sent 60 inches worth of sandwiches to the lab to be tested and none of it came back positive for tuna. In fact they had a hard time identifying what species it was at all because it was so heavily processed.

“No amplifiable tuna DNA was present in the sample and so we obtained no amplification products from the DNA. Therefore, we cannot identify the species,” the test results read.

“One, it’s so heavily processed that whatever we could pull out, we couldn’t make an identification. Or we got some and there’s just nothing there that’s tuna,” said a lab spokesperson.

Subway is saying that because the tuna is cooked the proteins would then become unidentifiable which is why the tested tuna contained no tuna DNA. Subway responded to the newspaper saying that this was completely false. A spokesperson for the company emailed, “There simply is no truth to the allegations in the complaint that was filed in California. Subway delivers 100 percent cooked tuna to its restaurants.”

I personally don’t think I’ve ever had tuna from subway, more of an Italian sub gal. But now even if I wanted to try it the recent news has made me rethink my options. There’s no telling if Subway will ever come back from this bad press. Between this and the whole Jared thing… they probably need to re-evaluate how they run their ads AND where they get their tuna.