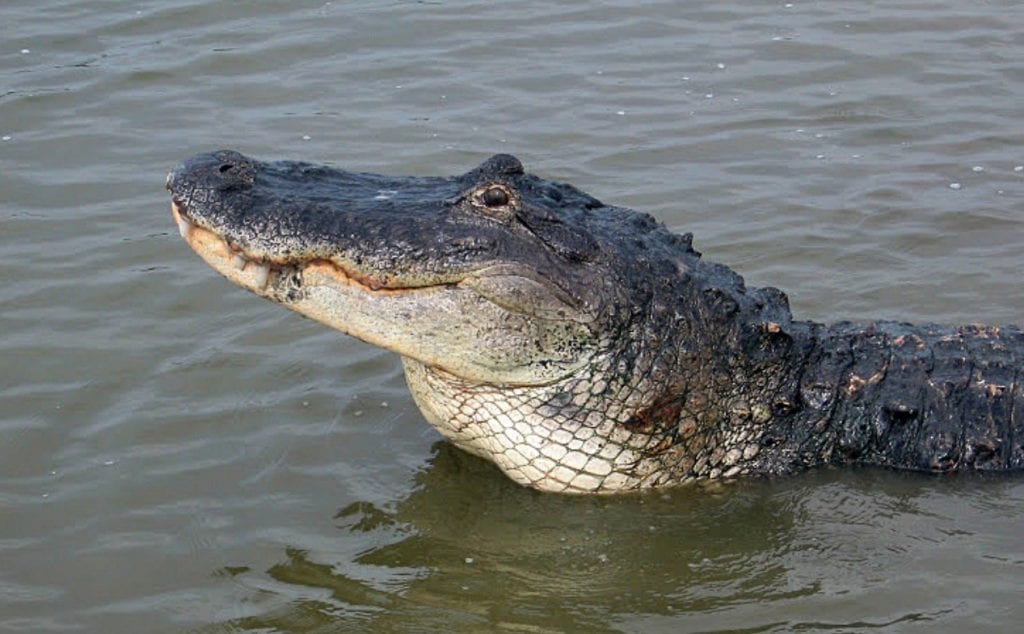 A Florida man was out diving for Megalodon Teeth in the Myakka River when he was bit by an alligator. He suffered a skull fracture and had to have 34 staples to close the wound. The diver also suffered puncture wounds on his hand from an alligator bite.

Jeffrey Heim was going to dive to find prehistoric shark teeth, and had been under water about 45 seconds before the attack happened. He checked his surroundings while suiting up on the riverbank near a popular restaurant. Since he thought there was no danger, he went in and started looking for teeth. Turns out he found some, just not the ones he was looking for.

At first, he thought that his head was struck by a boat’s propeller. He says that it wasn’t a ripping sensation but a pulling one, and that it felt like he was bludgeoned with a blunt object. It wasn’t until he saw the alligator that he knew what had happened.

He was saved after an off duty fireman who was eating at the restaurant came to his aid. He was bandaged and they called the paramedics to take him to a nearby hospital. The man says he cried for a few hours after realizing how lucky he was to be alive.

The diver puts no blame on the alligator, only on himself. It was mating season in April, when the waters become warmer and the alligators get more territorial. It wasn’t the gator’s fault, and Heim says he should have known better.

A nuisance trapper has already caught a 6 foot 4 inch female gator in the area, and is tracking another one near by. When these gators are removed, they generally get processed for meat and hide. Sometimes they are sold off to Zoos.