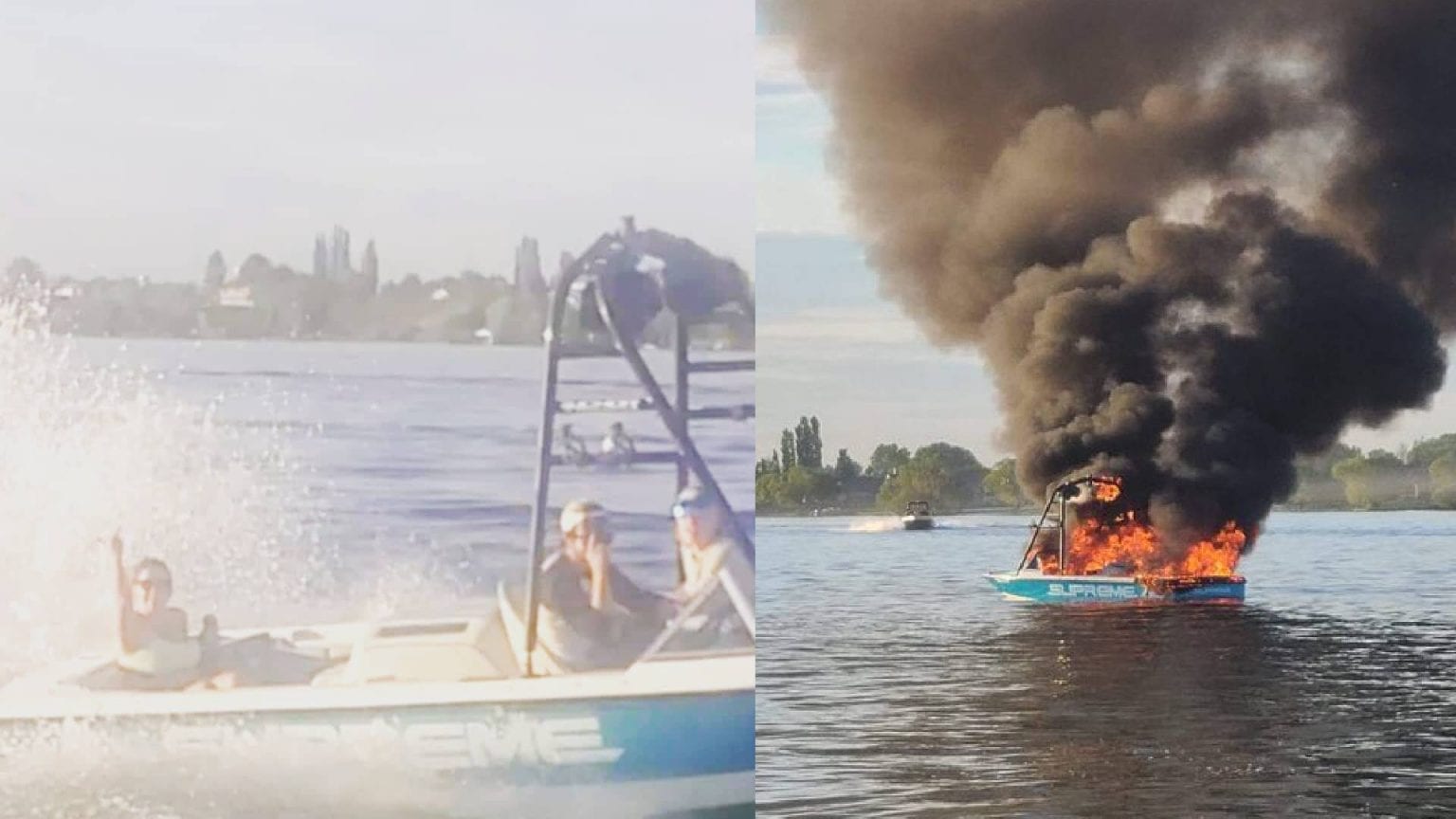 Karma is absolutely real. This is a story of you get what you put out into the universe. Over Memorial Day weekend in Moses Lake, Washington some boaters were out enjoying their time. One boat had pride flags, and another had people who were harassing them. After doing circles around the pride boat, the bullies went off. But then their boat went up in flames!

If that’s not a sign from above to start treating others how you would like to be treated I don’t know what is.

The incident was captured in a now viral video on TikTok. The people who had the finger flipped at them were kind enough to help the people who were now stranded in the water.

The Pride boat pulled out their phones and recorded the exchange, because they have such fear of people harming them. This is not the kind of world we should be living in when people have to make sure they have enough evidence should something happen.

In the thread on Twitter where one of the family members describes what happened they say, “The driver literally s*** his pants and everyone saw when his shorts fell off in the water.”

“Because they were driving around us so roughly, they either damaged their carburetor or took in water and stalled. Then fumes built up and when they tried to speed away, the fumes ignited.”

In the end, even after they were rescued by the pride boat, not a single thank you was given.