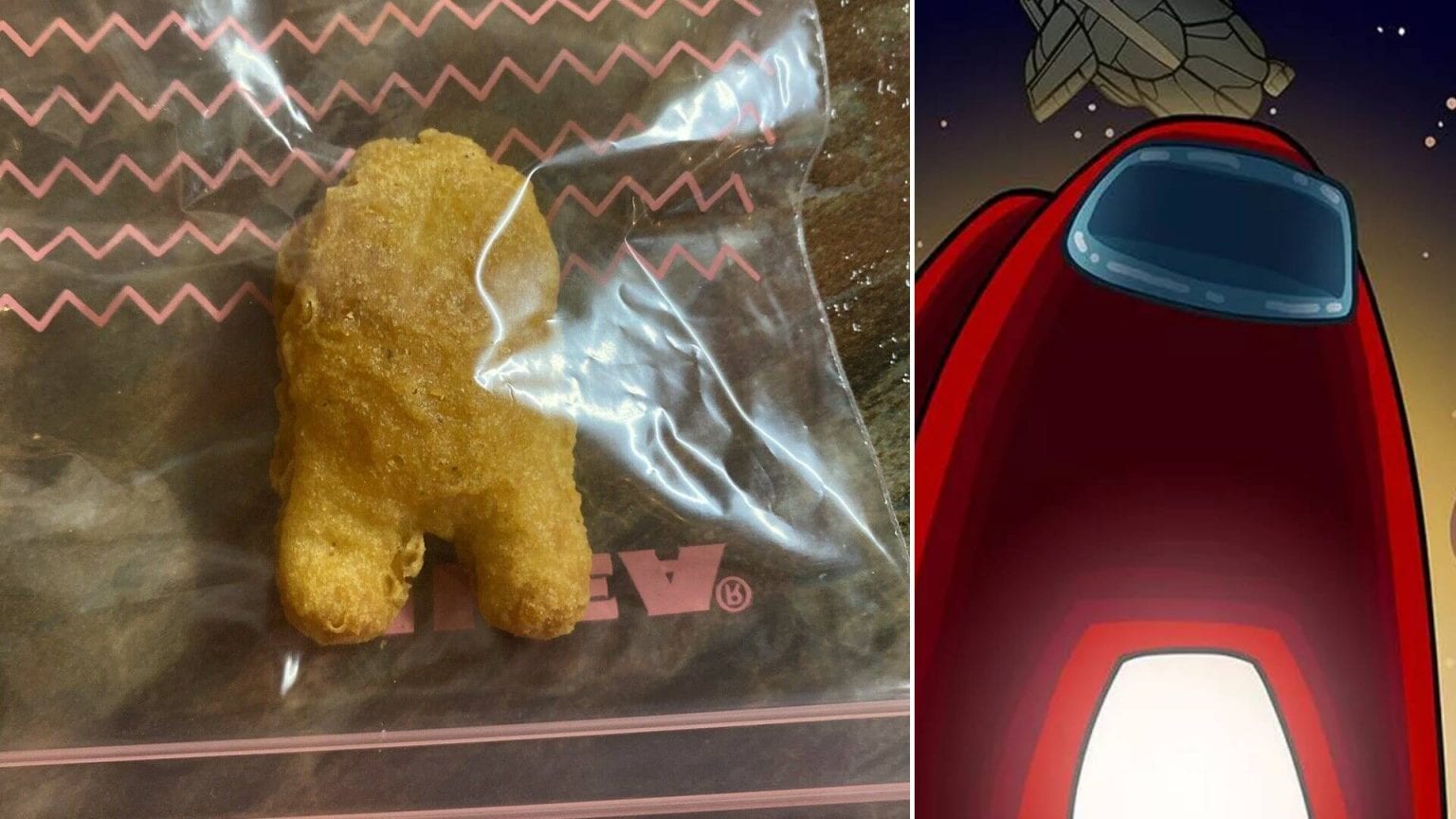 “Among Us” Shaped Chicken Nugget Sells for $99k

Sometimes I just.. I mean… JUST WHY? A chicken nugget from McDonald’s, shaped like an “Among Us” crewmate, has a current bid of $34,744.00 on eBay. By the time you read this however, it may be at even more than that.

The listing says it’s from Korean pop sensation BTS’s official meal. Probably the combination of both those terms, Among Us and BTS lead to an influx in search results. Though we’re not exactly sure why anyone would want a random nugget. I suppose it’s a bit like the celebrity shaped potato chips.

There have been 121 bids on this nugget. What makes it different from the ‘standard’ nuggets is that you either get a bone, boot, ball or bell. This ones shape is definitely sus because we’re not sure which mutated form it originated from.

Believe it or not it’s not even the first time a oddly shaped chicken nugget has gone for sale. Last year there was a nugget shaped like a manatee that sold on Facebook marketplace. That was listed for a whopping $5,000. We’re not sure if it sold but it sure was weird.

If you want to put in your own bid for the “Among Us” nugget you can check out the listing here. The listing also states that it will be frozen and shipped before its expiration date so you can eat a very expensive morsel if you choose to. At the amount people are buying it for though I expect someone to dip it in pure gold and make a statement necklace.