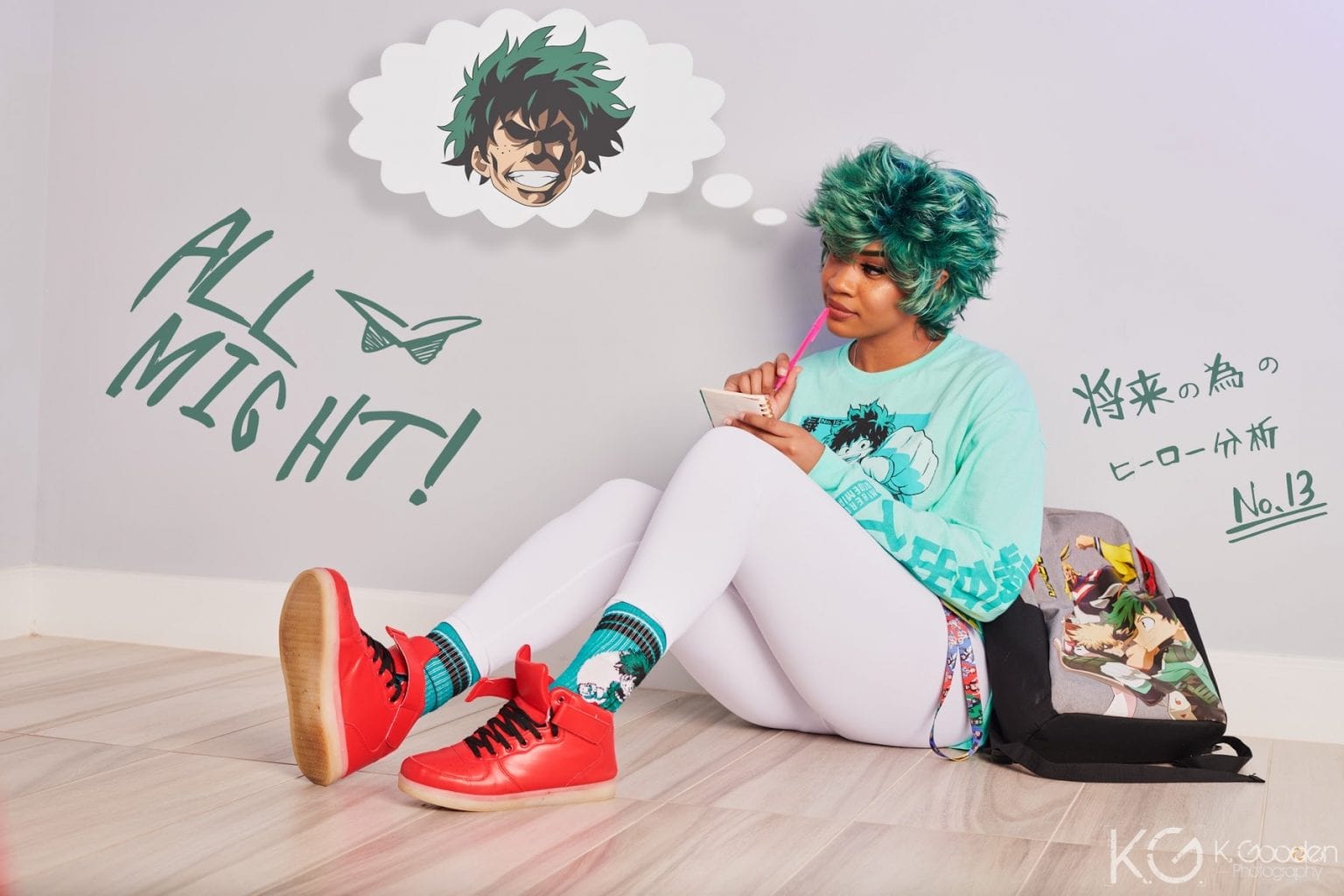 It’s time for another Spotlight! From the East Coast of the US in Maryland may we present Black Crystal Cosplay!

Hey there, everyone! My name is Londoun, but I go by Black Crystal Cosplay! I am a 25-year-old hardworking normie by day, but an east coast-based cosplayer with a passion for all things anime by night! I have been cosplaying since I was a senior in high school in 2012 but I did not get super involved in the cosplay community officially until 2017! Cosplay plays a huge part in my craft and I am truly glad that I kept it going. Otherwise I would not have met such amazing friends and creative souls in the process!

Fun facts about me: I have an ongoing obsession with anything surrounding the Promare movie franchise, Gon and Killua are my long-lost children, and I am a teacher at a High School when I’m not working my concierge desk job. In all seriousness, if it involves anime, I’m into it. 😀

How would you define cosplay? What is your favorite part of it? What are your principles of cosplay?

Cosplay is costume + play, combined! Cosplay is a little more intense version of costuming, and the amount of money and time that goes into it requires more attention and detail! My favorite part about cosplaying is wearing it to a convention and getting attention from it. I am a shy person but I am most confident when I am in cosplay because I’m wearing my work proudly and showcasing it.

My principles of cosplay are:

Was there ever a cosplay you worked on that did not turn out how you wanted? What did you do?

I have several cosplays that I’ve worked on that did not turn out how I wanted. The one that I remember that caused me the most grief at a convention, was my femme version of All Might from My Hero Academia. I was supposed to wear this cosplay at Katsucon 2019 but unfortunately, the whole thing just did not work out. My wig did not stay intact. The fabric paint that I put on the bodysuit for the cosplay made the entire cosplay stick together. Once I peeled it apart, all of the paint transferred in the most ridiculous way possible. I gave up on this cosplay completely and I can’t even explain the amount of rage I felt! Long story short: don’t con crunch the week before a convention!

Do you have any accomplishments or cosplay projects you’re particularly proud of?

I am extremely proud of some of the cosplay props that I have created in the past few years. Gideon, a giant war hammer that belongs to Diane from the anime series The Seven Deadly Sins, took me at least a single week to craft! I also made two different forms of the Tetsusaiga (Tessaiga), that belongs to InuYasha from the series InuYasha, which led to one of my greatest and successful cosplays that I’ve debut at a convention! These two specific props were a huge confidence booster for me because I had no idea where to start when I crafted them. I just went with what felt right and voila!

How did you grow your fanbase. What advice would you have for people trying to grow in the cosplay community?

I grew my fanbase by actively going to conventions and interacting with everyone! By this I mean that when someone asks me for a photo-op or about my cosplay, I hold conversations. We eventually mesh and I’ll share their photos that they have tagged me in. Sometimes, I don’t even know that I went viral until a person tags me in a photo of my cosplay. Social media plays a huge part in building a support base because everyone posts and actively uses social media!

My only advice that I can give to those who are trying to grow in the cosplay community: be yourself! You get further in life by genuinely staying true to who you are and having fun while doing it! Don’t do things for the attention of others in the cosplay community. You’ll only be hurting yourself and you won’t appreciate your own work if you seek out the opinions of others.

How would you encourage fellow BIPOC to cosplay characters they love?

I can only speak for black cosplayers when it comes to this question because I am a black cosplayer myself. Unapologetically stand in who you are and cosplay the characters that you love. This world is unforgiving towards us and we will always have to fight discrimination and racism in a world that clips us at the feet at every twist and turn. If you find yourself in an anime character, and you truly want to cosplay them, don’t let anyone tell you otherwise. You have a huge support system’s worth of black cosplayers who will share your content and have your back.

I truly hope and have faith that the newer cosplayers will use their tenacity that they have shown towards racism, discrimination, sexism, transphobia, etc. To fight for the cosplay community to remain a place where nerds can co-exist and have a safe space when the rest of the world shuts us out.

I also hope that the pedestal in which the elitist and gatekeeping cosplayers with huge following will one day crumble. We have to have more positive leaders in this community making a difference for the better. For us to continue to come into the cosplay community as a safe haven when the outside world gets as bad as it has. Cosplay is one’s escape from reality, and when reality starts to trickle into the cosplay community, the problems ensue and get much worse than before. It even scares some of the newer cosplayers away from even wanting to get into cosplay! We must do better. My hope is that this community gets better in a positive way.

All photos were taken by Kris Gooden (@loonarblaze)