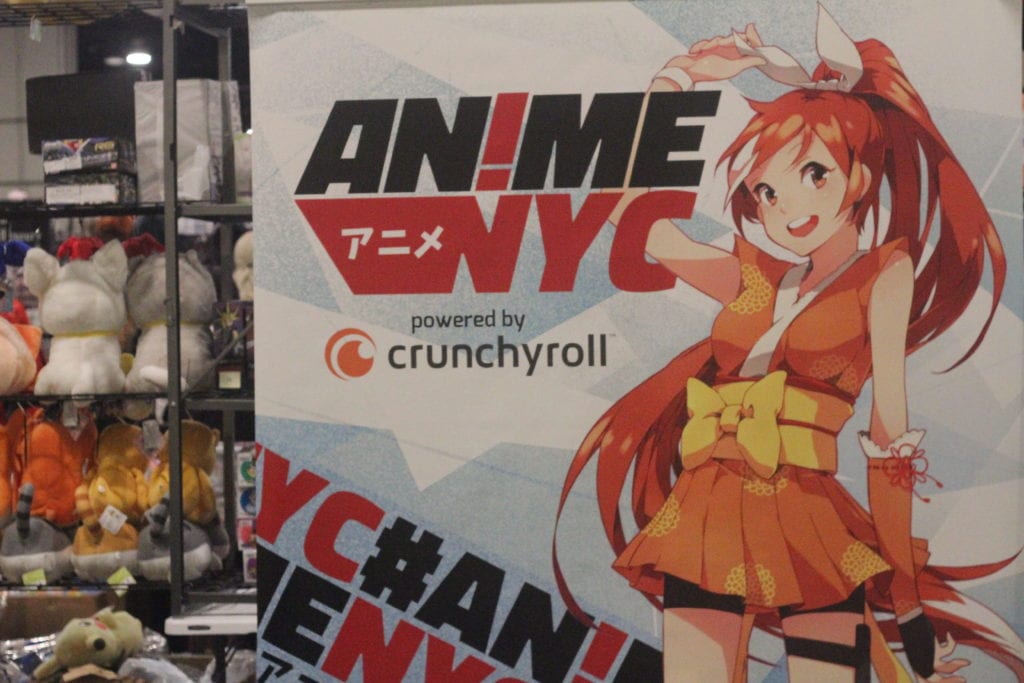 The average New Yorker has almost everything they could want to see right outside their doorstep, the only exception being a large scale Anime Convention. Many have attempted to bring big Anime Conventions to the Big Apple, Despite New York Comic Con’s efforts to incorporate the anime industry into its event, there has been no considerably large specifically anime convention in NYC for about 10 years. 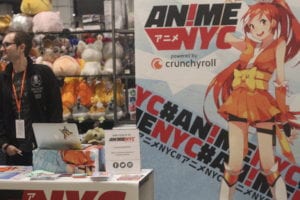 Anime Fans in New York, (and, let’s face it, all over America) were overjoyed to learn that come November 17th, a new anime convention would be coming to New York City. The best part? It’s going to be a massive show stopper.

Anime NYC’s was created by LeftField Media, “an event company made of dedicated fans and convention organizers” with enormous support from Crunchyroll (for those who may not know, Crunchyroll is a company that helped monopolize the anime industry in the past ten years.)

At Katsucon, I had the privilege of speaking Peter Tatara on behalf of Anime NYC at their booth. If all the hype and the amazing list of events and guests hasn’t sold you on Anime NYC yet, let me tell you, it’s always a good sign when the people behind the convention are confident, excited and supportive of it. Mr. Tatara was, of course, no exception.

When I was able to interview him, the first question I asked was about all the new and exciting things Anime NYC would have to offer the convention world.

“Anime NYC has few goals this first year”, Peter explained; “First up is simply to bring an amazing anime convention to New York City. NYC is the biggest city in the US, but it doesn’t have a massive celebration of anime, manga, and Japanese pop culture. Anime NYC looks to change this – and we’re deeply honored to have the support of publishers like Crunchyroll, Aniplex, Funimation, and VIZ in making it a success. So you’ll see all the staples of an anime con at Anime NYC all done well and in a big way – over 100 awesome panels, an exhibit floor filled with publishers and retailers, over 200 artists in Artist Alley, and more. Looking at what’s new or exciting, we’ve got some awesome highlights…

(Peter gave me a list of all the amazing things to check out, as follows)

Fullmetal Alchemist US Premiere – The biggest event at Anime NYC, we’ll present the first showing of the live-action Fullmetal Alchemist film in the USA. Further, we’ll be showing it before it even hits theaters in Japan! And we’re thrilled to welcome its director, Fumihiko Sori, as a very special guest to discuss what’ll be the biggest film in Japan this year!

Sailor Moon Day – The largest gathering of Sailor Moon Crystal’s voice cast ever, it’ll feature over 10 guests together on stage with plenty of surprises!

NYC Ramen Summit – A meeting of three of NYC’s top ramen chefs for a discussion of ramen in Japan, ramen in NYC, and what’s next for one of Japan’s most iconic dishes!

At this point during the interview, it’s really really hard to not feel immense nostalgia for conventions like Anime Expo and Wondercon, so I’ve already got the jitters. I couldn’t help but think about all that combined with all the magic of New York. Most of my favorite experiences during my teen years happened in that city, so I couldn’t help but ask;

“how will you be using the magic and location of NYC to better enhance this convention in a way no other convention could be?”

Peter went on to discuss how exactly the convention and the city would harmonize by elaborating; “Our goal this first year is to bring together an awesome event with guests and publishers from across the US and Japan inside the Javits Center in NYC, and – looking into the future – we’d love to expand out and work closely with New York institutions like Japan Society, Japan Foundation, Kinokuniya, RESOBOX, and more to present events and activities around NYC both during the convention and all year round.”

Since I personally have always felt like I was somewhere in the middle, digging through old subbed episodes of Sailor Moon while simultaneously watching the newest anime series as they aired, I wondered which side this convention would cater to. The hardcore old-school fans, or the up to date anime bingers?

Peter let me know that there would be something in it for everyone. He assured me; “It’s our hope it’s a show for fans both young and old. That being said, this first year, with a lot of our events and guests being based on Fullmetal Alchemist, Sailor Moon, and Gundam certainly give it a bit of an old-school feel, but there’s plenty at the convention for fans no matter whether they first got into anime trading VHS tapes, watching Toonami, or logging into Crunchyroll.”

Whether you’re a casual fan or a die-hard anime fan, you’ve probably noticed that there’s been a MAJOR anime boom in the past 5-10 years, which has factored greatly into making cons like Anime NYC. For my final question, I asked Mr. Tatara “What do you think caused the recent boom of “con culture” in the past 5-10 years?”

His take on the matter was one that most of you will agree with, he attributed it to the internet. He went on to say that; “Anime used to be something with a high barrier to entry – either because of price or simply scarcity. But it’s now something you can find anywhere and free, and fans are more connected than ever in spreading what they love. There are more anime fans than ever before because of streaming and social media sites, and they – we – are looking for ways to share what they love both online and IRL.” 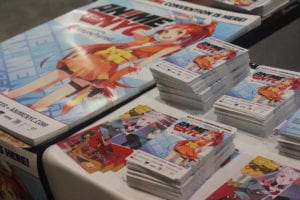 If you’re as excited as I am for this convention the Anime NYC website explains that the convention will be located Javits Center on Manhattan’s West Side. (655 W 34th St, the Javits is just blocks from Times Square, Grand Central, and Penn Station, and the 7 Train’s Hudson Yards) tickets are still on sale now!

Is there a particular con you want us to cover? Let Nerdbot know in the comments!