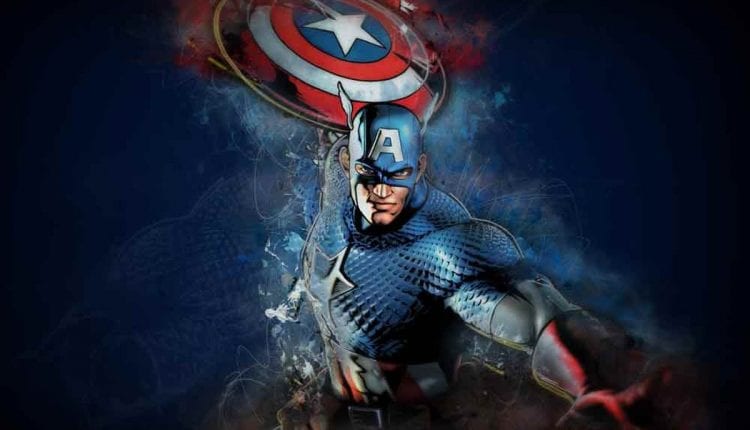 Many have wielded the famous red, white and blue vibranium Captain America shield. Many have donned the patriotic garb of Captain America. With Marvel Studios adding a new Captain America (Sam Wilson) to the MCU, let’s look back at some others that have worn the mantle of America’s Greatest Avenger in comics.

“Raised By Wolves” s3 Being Written, Still not…

In 2017, MARVEL released a limited series called Secret Empire in which SHIELD wanted to rid the world of all Super Villains, so they created its own version of the Cosmic Cube (Tesseract for those of the MCU fandom) from fractured pieces. When they put the pieces together it created Kobik, a childlike creature who fell under the influence of the Red Skull. He prompted Kobik to replace Captain America (Steve Rogers), who was a leader of SHIELD, with a darker, evil version, a sleeper agent for the terrorist organization of HYDRA.

The revelation of Cap as a Hydra agent wasn’t the most shocking part, but him taking over all of Hydra and then eventually the world tipped the iceberg. In the end it took the efforts of both Sam Wilson (as Captain America) and the original Steve Rogers to take down Stevil (fan dubbed name of this evil version).

When Marvel brought back Captain America (Steve Rogers) to join the Avengers, they made a slight error with continuity issues since some stories still had Cap appearing in stories. Marvel retconned this Captain America and revealed him to be William Burnside.

This Captain America turned out to be a deranged fanboy of Steve Rogers who took up the mantle to uphold his own misguided volition. He wanted to make America better in his own vision and enlisted the help of the terrorist organization known as the Watchdogs, who in his eyes were the true patriots. Captain America (James Barnes) and Falcon (Sam Wilson finally beat him.

While some hated Walker, he still upheld a lot of what Captain America stood for, even fighting alongside the Avengers multiple times, during the Dark Reign era and facing off against the Secret Empire version of the Evil Captain America.

William Nasland was a fan of World War II’s Captain America’s journey so it inspired him to become a costumed hero known as Spirit of ’76. After a battle with Nazis in Philadelphia, Nasland moved to the U.K. where he joined their version of the Avengers known as the Crusaders, until they uncovered the leader was a German agent all along.

When Steve Rogers apparently died, Nasland and the U.S. Government agreed he should take the mantle and become the 2nd Captain America. Sadly, his career was briefly lived as he perished saving the life of congressional representative John F. Kennedy from an assassination attempt.

In the comics after the events known as the Civil War, Captain America (Steve Rogers), had been shot and supposedly killed on the steps of the courthouse. Tony Stark went on record, saying that no one would replace Captain America and wielding the famous shield again, but it wasn’t long before he went searching for Steve’s replacement. When Tony found that Clint Barton was still alive after the Scarlet Witch attacked and destroyed the Avengers in the Avengers Disassembled storyline, he took it upon himself to convince Barton to don the star spangled costume and carry the shield.

On Clint’s first outage as the new Captain America, he was to bring in the young Avengers known as Patriot and the new Hawkeye, but when he encountered them, he realized Cap would never want this, so he let the kids go and gave the suit and Shield back to Stark.

After Clint gave the Shield back to SHIELD, Bucky could not allow Roger’s legacy to just sit there, so he did what he believed needed to be done. He stole the shield. As the Winter Soldier he used the shield for a few missions of his own, until SHIELD captured him. But instead of being thrown into jail by Tony Stark, they gave him the opportunity to become Captain America. Barnes accepted, but with two conditions. First, they remove the mental conditioning that he received as the Winter Soldier, and secondly that he would only answer to himself.

Barnes felt he was not worthy of wearing Steve’s costume. Bucky had a version made for himself. Bucky would be exactly what he believed Steve would want in Captain America. Even when Steve Rogers came back from the frozen animation state that he was in, Rogers did not want Bucky to give up the role, so he declared that they both would carry the shield.

Jeff Mace was a regular reporter for the Daily Bugle until he started reporting on the actions of Captain America (Steve Rogers) during World War II. He put on a costume and fought Nazis and supervillains as the crime fighting vigilante known as Patriot.

After the war, Mace came back home and helped the current Captain America (William Nasland) foil an assassination attempt on John F. Kennedy. After Nasland died, the government recruited Mace to be the third Captain America until he retired in 1949 and had a family.

When Steve Rogers found himself old and frail thanks to have the Super Soldier Serum neutralized in his system, he realized the world need a new and better Captain America, so he convinced his old friend and ally Sam Wilson (Falcon) to take on the role.

With Rogers taking on a behind-the-scenes leadership role of the Avengers, Wilson became an effective Captain America. Like Bucky, Sam had his own costume made just for him so he can use his wings still. After Rogers gained back his youth and fighting ability, Sam and Steve butted heads on countless occasions, causing Wilson to step down as Captain America and become the Falcon once more.

When Isaiah Bradley joined the U.S. Army in 1942, he did not know of what was going to become of him. Isaiah and a group of black soldiers were experimented on by Project: Rebirth (also known as Weapon I, part of the Weapon Plus Program). They sent a death notice to Faith Bradley, wife of Isaiah, stating that he had died in an explosion. After many failed attempts in the program, Isaiah became a super-soldier with increased speed, strength, stamina and advanced reflexes.

They shipped Bradley off to Germany to fight the Nazis. When Rogers couldn’t attend a mission, Bradley stole and changed a Captain America outfit and shield and took the mission on himself before his superiors could assign him. While on the mission, he witnessed firsthand the experiments of the Holocaust, and they captured him. He came back home where he was court-martialed and imprisoned. While in prison the government ran tests on Bradley to use his altered DNA to make more super soldiers. Because of the experiments, when Bradley finally left prison, he had the mental capacity of a six-year-old and could not speak.

The man, the myth, the legend himself. The best Captain America to date, although its kind of hard to not put anyone else at this part since he’s been the man for 80 years. Although Steve has vacated the role many times over his long and illustrious career, he still will always come back to wear the stars and stripes and fight for the best of not only the country but for the world as well.

This man went from a young scrawny Brooklyn kid to the epitome of American values and identity. He would always get back up after getting knocked down, always fighting for what’s right regardless of how tough the enemy is. He never gave up, even when his own life was on the line. Perhaps we all need to look at Steve in what it means to be an American.

[Editor’s note: we would also like to highlight some of the women who carried Captain America’s shield- Misty Knight, Danielle Cage, Sharon Carter, Captain Marvel, and Peggy Carter.]

Video Game Movies: Is There Still Hope for The Genre?

Samuel E. Wright, Voice of Sebastian, Has Passed Away