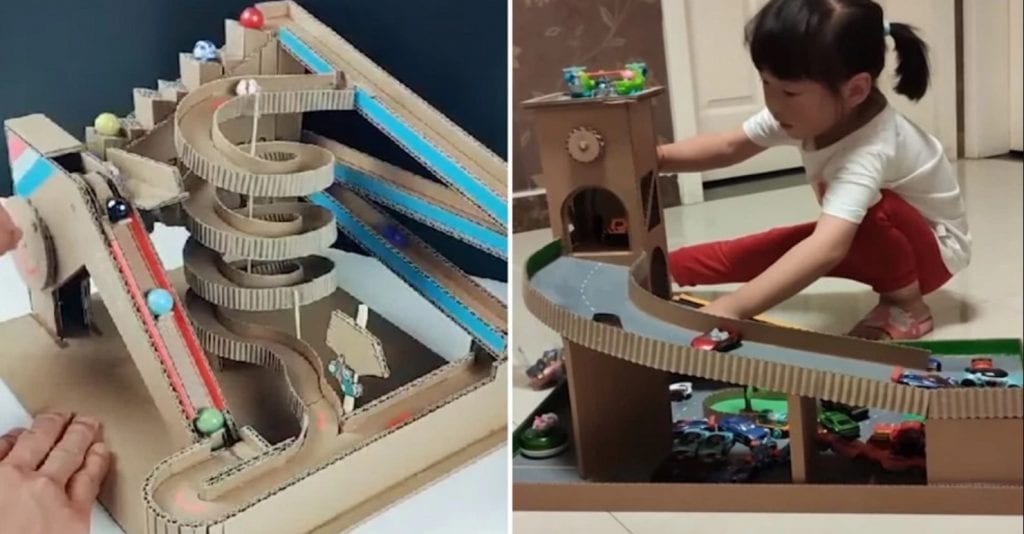 A very creative father in China continues to amaze the public with his homemade versions of popular games. Zhang Shuai creates these games out of low cost items like cardboard, and builds the mechanisms himself. All of this started when he wanted to give his daughter Nini a more grounded life and less of tech based one.

Games like Tetris, a Flappy bird type, and many others are featured from Shuai’s creativity. He’s made a kitchen and a really cool treasure chest with a secret code you need to crack to get to the keys. In total, he’s made over 120 different games.

He sometimes spends weeks on one creation. Nini has started helping create them as well. Zhang says that this has caused her to have more focus than other children. Instead of fidgeting through class assignments, she can focus for up to two hours without becoming antsy.