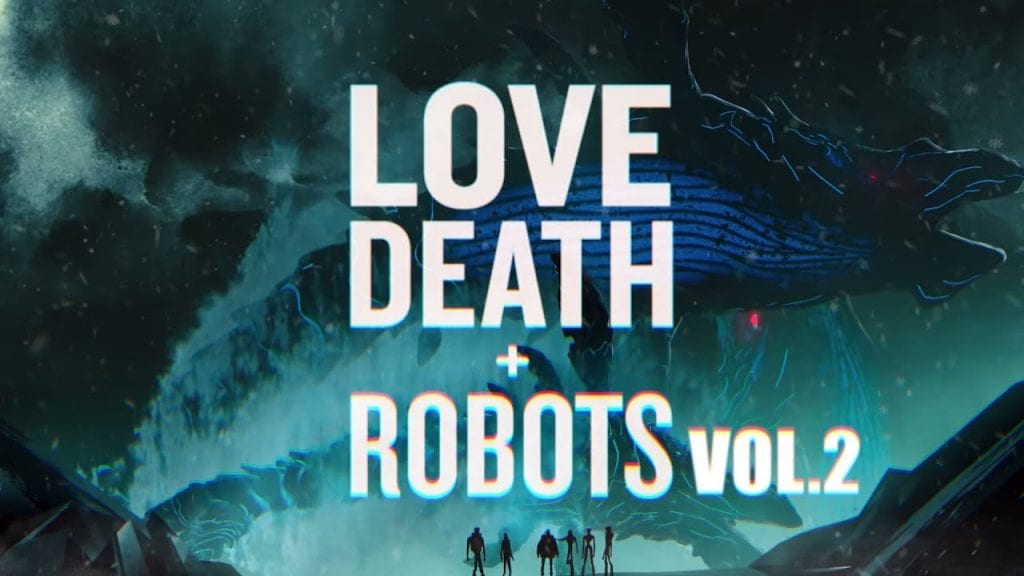 One of the most surprising hits of the extensive Netflix catalog in the last few years has to be “Love, Death + Robots,” the animated anthology series. Serving up a collection of short stories told through varying animation styles and including everything you could want from the title, the series was a dazzling and unique addition to the streaming world. So of course, fans were elated to hear that a second season hit Netflix May 14th, 2021.

Full disclosure, this will be a rather short review for two reasons: One, each episode is so uniquely different it would be a disservice to review one and not another, and two, with so many different stories disconnected from one another, there isn’t too much to say without spoiling what’s in store for each one. “Love Death + Robots” season 2 recaptures the brilliant animation creativity and unique storytelling elements of its predecessor despite losing some of the unexpected magic by losing the luxury of being first.

The first thing that needs to be discussed in “Love, Death + Robots” is its absolutely stunning animation. Every style is bursting with care and love, executing some of the best visuals put to screen. Seriously, it’s gorgeous. It’s almost worth watching simply marvel at just how good digital animation has gotten. This is cutting edge technology brought to life in some of the strangest, unique, and most certainly violent ways. Making it an anthology series only enhances these wonders, allowing the series take on as many different animation types as the creators want. This allows for every episode to restart with new life, as the worlds change with make over that leaves viewers just as excited to take it in visually as much as the stories being told.

The short, contained stories of “Love, Death, + Robots” work in tandem with its incredible animation. It is a true testament to the writers and directors of each episode to be able to bring to life fully realized worlds in a matter of minutes. This show doesn’t have time to explain things to you. Each episode dumps you into a new world with a new story and new characters that have long existed in whatever we are peering into. The show is beautifully skilled in never short changing anyone or anything, bringing everything to life in a matter of minutes. Technology, monsters, robots, humor and horrors all await you around every corner, and the true beauty of “Love, Death, + Robots” is you never know which one you’re going to get until it’s over.

If “Love Death + Robots” season 2 has any shortcomings, it’s that it lacks the newness of season 1. That is by no means a fault of its own, simply that those of us who watched season 1 already know what to expect even if the entire series is predicated on the unexpected. Sure, the stories and worlds are all new, but we know that already and the surprise factor is a bit lost, making the impact of season 2 punch just a little bit softer. I know this seems really unfair, but it’s hard not to remember the overwhelming wonder “Love Death + Robots” possessed its first time out. There was nothing like it previously and aside from new seasons, there really won’t be anything like it afterwards.

Thus, season 2’s only real folly is that it’s not first. And that means it’s one helluva of show when its only competition is itself. And yes, one of the episodes features Michael B. Jordan. Do what you will with that information.

The episodes may be short, but damn does “Love Death + Robots” pack a wallop into every single one of them. I highly recommend watching both seasons if you haven’t, and definitely watch season 2 if you were a fan of the show previously.

“Love Death + Robots” volumes 1 and 2 are currently streaming on Netflix.