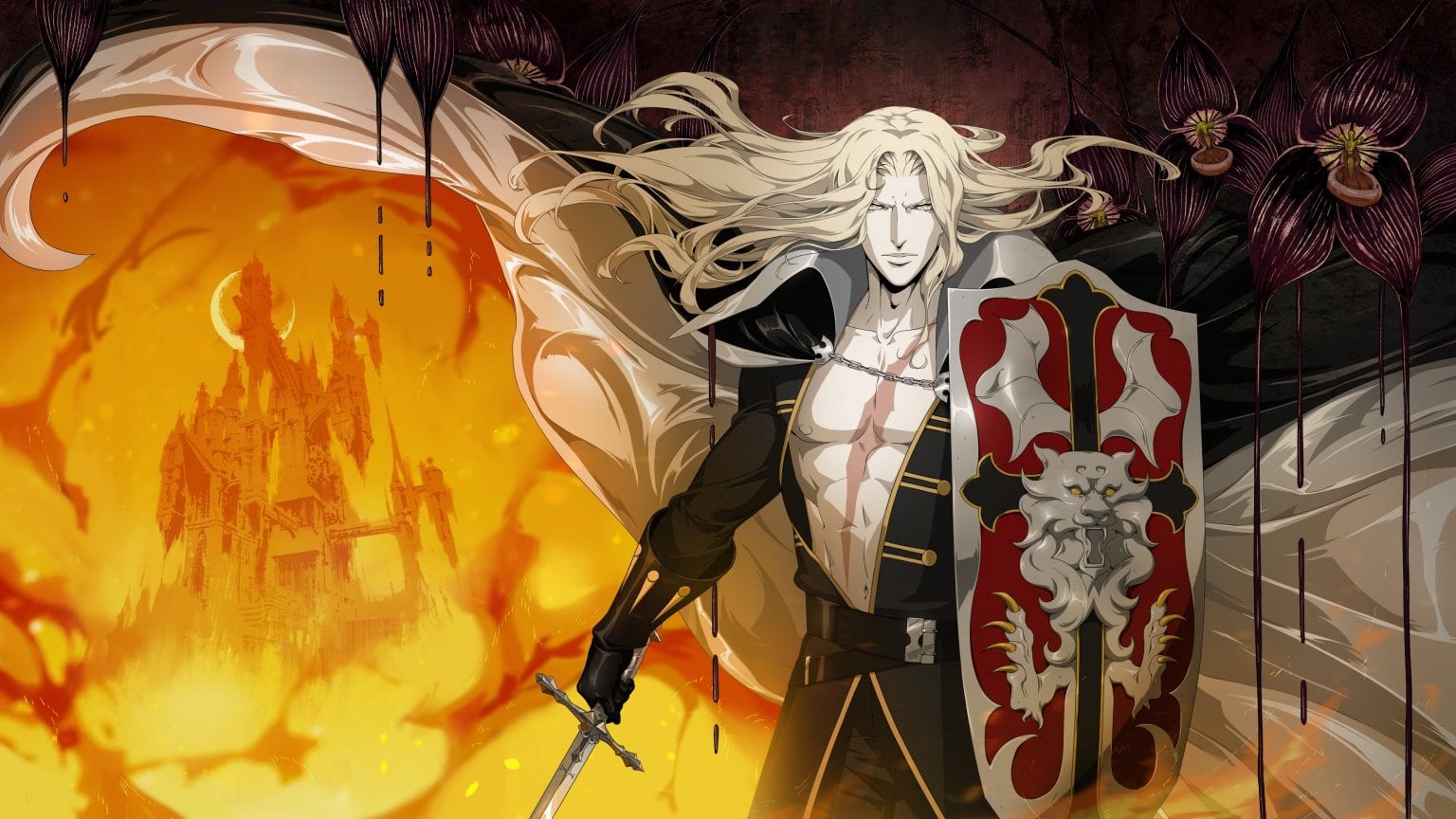 I should probably preface this review by saying I don’t particularly enjoy anime as a genre. Sure, there are some outliers, but nothing about the animation style and storytelling has ever grabbed enough to ever invest in. Please do not send me recommendations, either. Many have tried and many failed. It’s just not for me and that’s ok. I say all of this because “Castlevania” is the one true exception, a show I had no intention of loving or even beginning and in the end left me fully invested with my whole chest.

This is a testament to just how damn good “Castlevania” is as a series, and how sad it is see it go so soon. Of course, nothing is ever REALLY gone, as it will live on in other iterations set in the same world, but season 4 is a bittersweet watch for more than just a great show coming to an end. Its astonishing animation and brilliant world building along with intriguing, creative characters all serve as both the show’s strengths and weaknesses. “Castlevania” season 4 dazzles with visuals and in the end, gets to satisfying conclusion, but it’s the journey to get there that doesn’t quick make it a perfect send off.

Picking up a few weeks after the events of season 3, season 4 checks in with just about everyone in the series over the first 5 episodes. Trevor and Syphas are trying to stop as many monsters and cultists from resurrecting Dracula, Allucard is wine drunk in his castle after racking up more bodies on spikes, Hector is serving Lenora, Issac has an existential crisis about his purpose in life after creating his night creatures army, and Carmilla left alone to her own devices is now set on world domination. The gangs’ all here, as well as some new additions that get introduced along the way. Of course, there’s a foul plot afoot, and our heroes will be tested far beyond the monsters they’ve dedicated their lives to stopping. It’s going to take all of them and more to stop what’s coming, and they’ll need all the help they can get to close the gates of hell once and for all.

Let’s start with the good because there’s a lot of it here. I cannot overstate how absolutely incredible “Castlevania” season 4’s animation is. There is a love being poured out across the digital page, with damn near every frame demonstrating the love and care the animators and creators have for these characters and world. Blood and guts and swords and monsters spill and clash across the screen is near perfect balance, and there is a sense of urgency to show us all what they can do. There are some truly memorable action sequences in “Castlevania” season 4, particularly involving Issac and Camillia that will long be herald as some of the best (and bloodiest) animated sequences streaming has to offer. When this final season gets going, it never lets up. There are some truly breathtaking moments in episode 9 that play out like a boss level on hard mode. It’s beautiful and may go down as one of the best video game adaptions to date.

The characters of “Castlevania” Season 4 are in true form as well. Trevor and Syphas fall right back into their Han and Leia back and forth, arguing over trivial things like an old married couple as blood and guts from slain monsters splatter around them. The writers do well to make sure you never forget just much fun these two are to watch, whether its Trevor Belmont’s (Richard Armitage) foulmouthed quips or Sypha (Alejandra Reynoso) finally cursing as the Belmont rubs off on her. There is a great, natural, believable chemistry between these two characters, and it’s a smart move to put them front and center for most of the final season. Allucard (James Callis) also gets a love interest of sorts in newcomer Greta, who serves as a terrific balance to his cold and calculating demeanor. Much like Carmilla (Jaime Murray) and her sisters did in season 3, Greta (Marsha Thompsan) steals just about every scene she’s in, and is easily one of the best additions to the cast despite coming in at the tail end of the show’s run. it’s kind of unfortunate honestly, as I would watch The Adventures of Greta and Allucard as much as I have watched the adventures of Trevor and Sypha in “Castlevania.”

Everyone else does just fine, and that kind of takes us to the bad. As a stand up comedian, the rule of the game for any act has always been to open strong and close strong. This seems to have taken that comedic formula a little too seriously, and applied it to ending a show with the similar abruptness of “Game of Thrones” season 8. Ok, it’s not THAT bad, but narratively “Castlevania” season 4 struggles to wrap up everything it laid out in the previous season causing everything to feel rushed and somewhat unearned.

Season 3 gave us countless, interesting plot threads that ended with strong hints of multiple payoffs, many of which could have been drawn out over any number of episodes and seasons. Netflix most certainly struggles with episode count, never really nailing the right amount for any show, and “Castlevania” season 4 falls victim to this in two different ways. For one, the entire show could benefit from one more season so it doesn’t feel like we’re sprinting towards the finish line which in turn leaves some plot threads and characters left in the dust with much care or concern for how they end up. Second, season 4 falls victim to their own self importance, meandering through episodes with philosophical monologues and questions about purpose and humanity that have very little to do with the plot and bring the pacing of the finale to a screeching halt.

This is perhaps the most glaring issue, and contributes to the majority of the other issues season 4 runs into. After an incredible first episode filled with monster hunting and clever, sharp writing, “Castlevania” season 4 transitions into a dialogue heavy, self indulgent expose for a good 4 episodes back to back to back. It becomes rather exhausting honestly, and feels like the creators wanted to end the show but didn’t quite know how to get there, so they just kind of talk it out until something really cool strikes them.

There are two shows happening here in “Castlevania” season 4; the conclusion, which dials up the action to 11, and the just another season, which stalls the narrative and makes you wonder if they’re really trying to close this out. Look, the show has always had an air of smugness to it, and characters monologuing in “Castlevania” isn’t new, but here in the endgame there just simply isn’t time for all that. There are so many things that were left for us to wonder how it would get resolved in season 3 that for the final season to just kind of stumble around in the dark for more episodes than necessary is unfortunate. Season 4 wouldn’t necessarily benefit from more than 10 episodes, but it would most certainly benefit from 10 episodes that matter.

And that’s the gift and the curse of the final season for “Castlevania.” There are simply too many episodes without purpose or conclusion, which makes an incredibly rich world filled with countless stories to tell feel empty and boring. On the other hand, there are some truly great episodes, even some that stand out above the rest of the entire series itself, making season 4 a show that does get there in the end. The final season gives you everything you could ever want from the world of Castlevania, and yet, somehow still leaves you wanting more.

Despite its faults, I can’t recommend “Castlevania” enough. Sure, it has it’s downs, but on the whole the show is some of the best animated television Netflix has to offer. When it’s good, it’s great, and worth the time to see it through all the way to the end.

Hell, look at me. Over here trying to convince YOU to watch anime on Netflix. I guess season 4 really does change you.