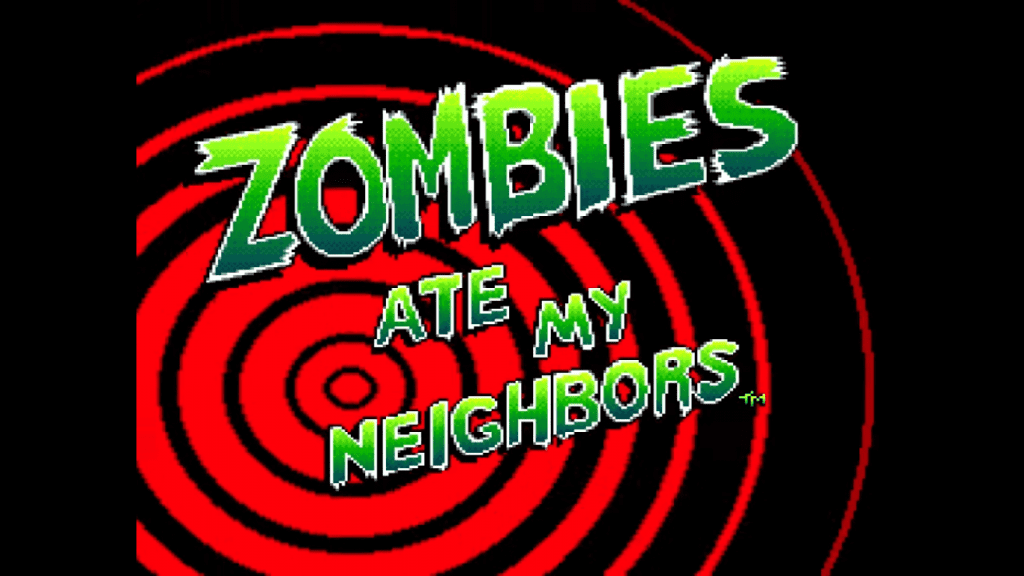 “Zombies Ate My Neighbors” Rises From the Grave for Re-Release

Grab your squirt guns kids, we’re goin’ back in! “Zombies Ate My Neighbors,” the classic video game homage to monstrous b-movies, is getting a re-release for a number of current consoles and PC. Even better, the oft-forgotten sequel “Ghoul Patrol” will come packaged with it, giving players the complete experience.

When “Zombies Ate My Neighbors” was released in 1993 for the Super Nintendo and Sega Genesis, it carried with it the distinctively creative and wacky stamp that LucasArts (now LucasFilm Games) was known for at the time. The game took players through a number of levels, playing as unlikely heroes, Zeke and Julie who had to save their neighbors from various monsters.

Aside from the titular zombies, you also had to fight against aliens, evil plants, mummies, and obvious references to Leatherface and Chuckie. Most of the weapons at your disposal were an assortment of household items that were somehow effectively weaponized. Alongside squirt guns you could throw dinner plates, lob soda cans as makeshift grenades, freeze enemies with fire extinguishers, run them over with push lawnmowers, and also somehow find bazookas laying on the ground… and not the bubble gum kind.

While notable for its humor, the game also remained popular for its two-player co-op. Blasting zombies and saving neighbors is one thing, it’s another to team up with a friend to do it. Having the extra person around also helps with the game’s high level of difficulty. Seriously, go around and ask your friends if they’ve played “Zombies Ate My Neighbors” and then ask them if they’ve beat it. The answer will almost always be, “No.” But that’s okay in this case, since the experience of playing is actually more fun than reaching the ending.

Its sequel, “Ghoul Patrol” was released in 1994 but is barely remembered today, or even by gamers of the time. Part of this could be because of the first game being distributed by one of the bigger companies at the time, Konami, while the sequel was released by the less influential, JVC. The game also lacks in quality to its predecessor having not been designed by LucasArts and instead by a company called Motion Pixel. That being said, “Ghoul Patrol” still uses the same engine and mechanics as “Zombies Ate My Neighbors” so there’s a good amount of fun to be had with it.

On June 29th the games will be sold together for Nintendo Switch, PS4, Xbox One, Steam, and GOG. Suggested retail is $14.99.

Limited Run Games will also have physical copies available for purchase from their website with additional details on availability, forthcoming.