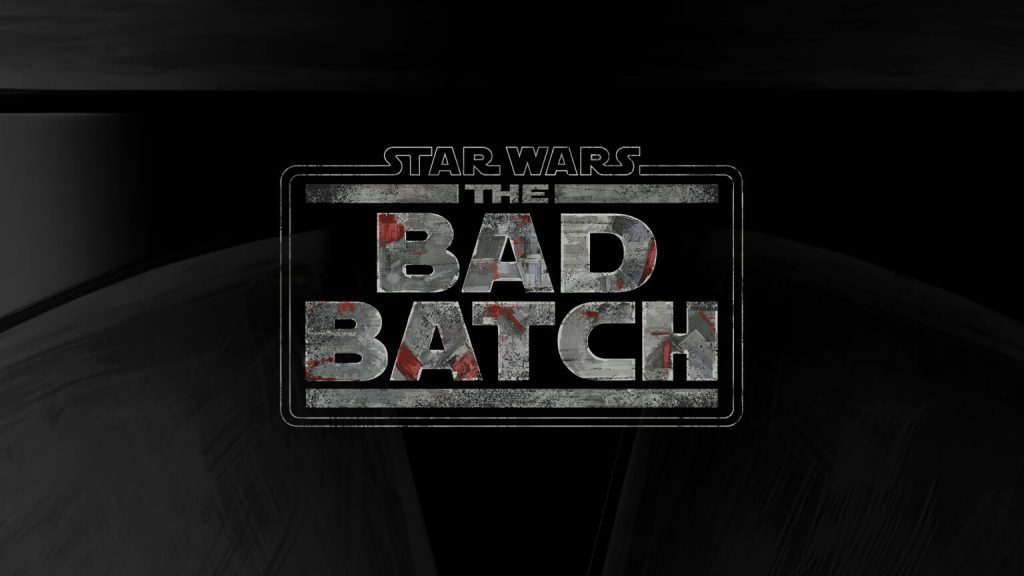 Everyone loves a “Dirty Dozen” type tale. The underdogs, the rag tag bunch of less-than-perfects, misfits and abnormals to a man. This is exactly what the tales of “Star Wars: The Bad Batch” promises, as it introduces us to its titular heroes. The single defective clone batch amongst an army of identical thousands, The Bad Batch are an unpredictable force of five soldiers with singular skills and talents far above those of their clone brothers, fighting a seemingly endless war they were created specifically for. While other clones follow orders to the word, respect their masters, and act as a cohesive unit, The Bad Batch are a team of wildly varying ability, held together by a unique brotherhood that perhaps transcends their ‘correctly’ made brethren.

As the intergalactic war rages on, The Bad Batch fight battle after battle, making a name for themselves as a capable tactical unit for the most dangerous jobs, but when an order comes down from above, challenging everything the clones have ever stood for, only the incorrectly formed Bad Batch are immune to its deeply programmed command. Forced to question their commanders, their ties to one another, and their very reason for being created, The Bad Batch must discover what it means to stand alone.

In any story of a misfit gang, you have to fall in love with your heroes. It’s what makes a story like this work, what keeps you coming back. You want to know whether their friendships will survive, whether their differences become their strengths, to see that misfits are sometimes even better than the real thing. Are the Bad Batch the heroes we need to hold up the weight of their very own show? Honestly, it’s maybe a little early to tell.

The idea of “The Bad Batch” maybe overpromises on the entertainment of the actual characters themselves. The majority of what makes this kid of story engaging, and the characters enjoyable, is their differences. To have characters that are wildly different in origin, background and concept, yet still becoming one as allies and friend, is the heart of the idea. It’s not easy creating a group of engaging and varied characters who are clones, because by definition they need to be identical. While The Bad Batch are unique among clones, the differences are superficial at best. One’s a bit bigger, one’s a bit uglier, one has a tattoo, but this is a lot of the extent of their differences.

The Bad Batch is not a story of complexity, the smart one is called Tech, the sniper is called Crosshair, the hunter is called… Hunter. They each have the expected personality quirks for their individual stereotypes, you know these characters, you’ve seen them a thousand times before. The Hunter growls in his gravelly tones, the sniper is cool and detached, and the tough one goes ‘huh?’ when the smart ones uses big words. They’re paper thin, and while maybe perfectly suited to character classes in a video game or a shorter form piece of fiction, can a whole series go on with such simplicity? The Bad Batch need to carve some notches on their personality traits before it’ll be the case.

Not exactly helping in this matter is the fact that all five members of the Bad Batch are voiced by the same actor. While Dee Bradley Baker doesn’t do a bad job by any distinction, he gives it his all with each of the rowdy bunch, it does make it harder to see the characters as distinct and unique. The same actor doing his best cool guy voice, tough guy voice, and smart guy voice, does not lend to drastic individuality or a wide range of expression, and somewhat reduces each one down to one singular facet of a larger performance.

Other voices notably filling out the cast are Michelle Ang as newcomer Omega, a quick witted young girl who sees friendship in the unruly Bad Batch and seeks to help them when she suspects the nefarious deeds of a greater power, and Stephen Stanton doing a very passable impression of Peter Cushing in his role as classic villain Wilhuff Tarkin.

The clashing personalities of The Bad Batch are of course where the majority of the shows comedy comes in, and while the jokes can fall flat or stand out a little obvious at times, there’s a few snaps and winners among the exchanges, particularly between the brains of the outfit, Tech, and his less than sharp teammate Wrecker. The pace of the editing can sometimes hamper the humor, as what should have been the funniest joke in the whole episode landed flat due to the ill-fitting ponderous shot of the characters reacting to it.

When the team aren’t exchanging barbs with one another or getting chewed out by their commanding officers, they are in the thick of battle, and “The Bad Batch” does shine when it comes to action set pieces. The combat scenes, of which there are several in this first outing, are big, bombastic, and juggle five characters taking on hordes of bad guys with clarity and clear precision. You’re never unclear about what’s going on or who’s doing what, it looks neat, well designed, and makes the team feel like a believably precise and functional unit.

Much the same nice attention to detail can be said for the sound and music design. “The Bad Batch” sounds like “Star Wars,” with all the sweeping orchestral distinction and signature sound effects you might expect from it. Guns blast, lightsabers hum, ships whoosh across the skies, and robots speak with charming tinny voices. You may not notice it so much when it’s all there, but with any of these things absent, something about the magic of Star Wars would be tangibly missing.

“The Bad Batch” begins promising us another story set in a world, and a war within that world, that we’ve seen an awful lot of before. What could make it stand out as unique among these many stories is the characters, and the adventures they go through. Animation more than live action shows do tend towards shaky starts, so there’s room for the Bad Batch to become the misfit heroes they need to be to take this show that step beyond. Only time will tell if the story of these unconventional heroes can stand decisively on its own, or if it will simply be another defective clone of what has come before.

“Star Wars: The Bad Batch” is streaming on Disney+ now.