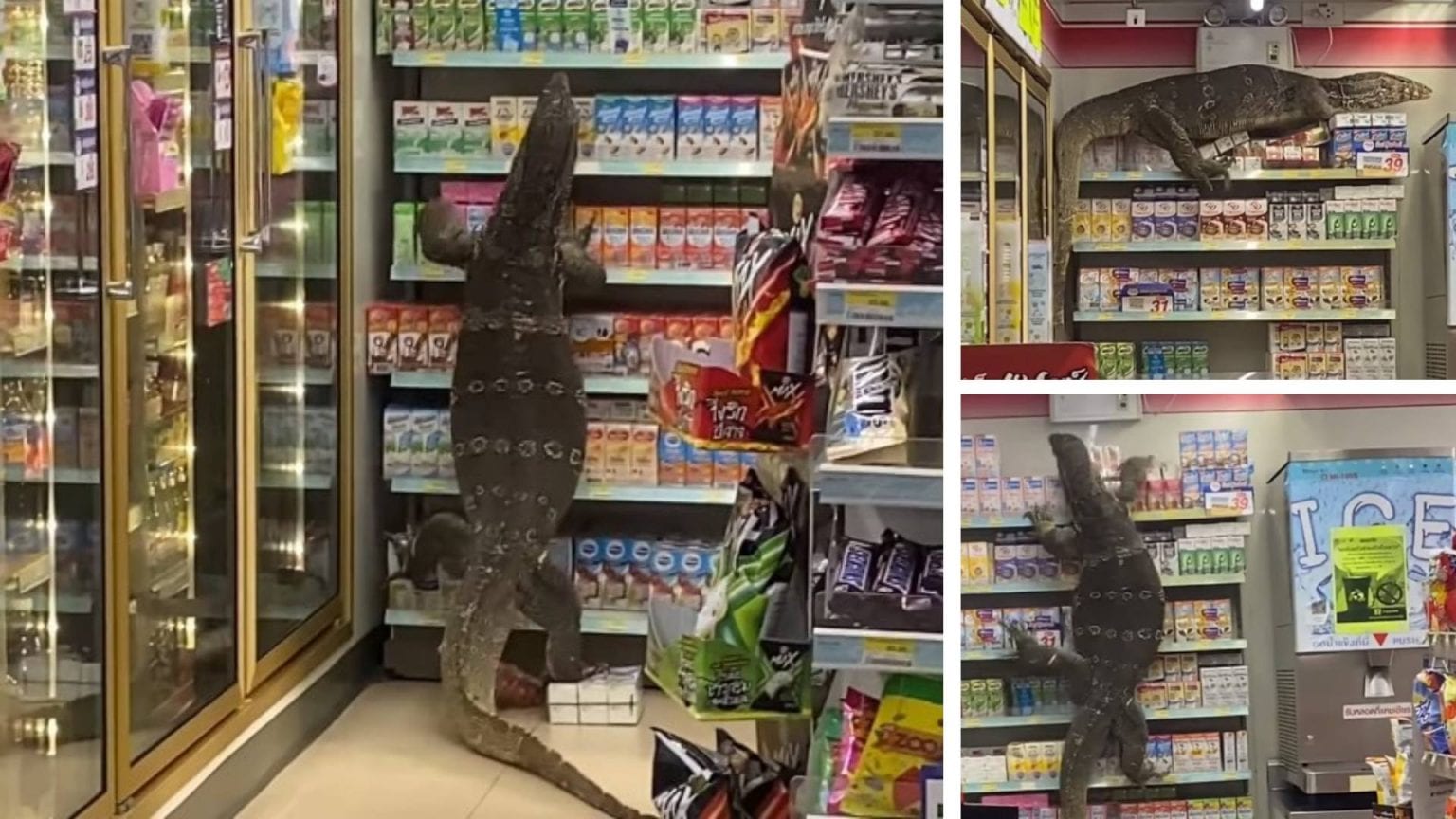 Footage has been going around online of a giant Asian water monitor lizard scaling the shelves of a Thailand 7-Eleven. Onlookers were shocked when they saw the reptile, and even more so when he began climbing the shelves. In the video, the lizard was seen scrambling up a set of shelves inside the store, knocking down a number of items in the process. Customers were shocked and heard screaming and laughing in the background as the giant reptile made its way to the top. After getting to the top shelf it took a moment while onlookers continued filming.

The video was posted first on Twitter by a Thai travel agency Mundo Nomada on Wednesday afternoon. Since then however, the video has been deleted and re-posted.

The original author of the video, Jejene Narumpa posted a clearer video on their Facebook page.

Usually when Asian water monitors feel a sense of danger they climb to higher ground. It’s unclear how or why the lizard wandered into the store in the first place. Some are saying it was just hungry while others think it was looking for a place to hide.