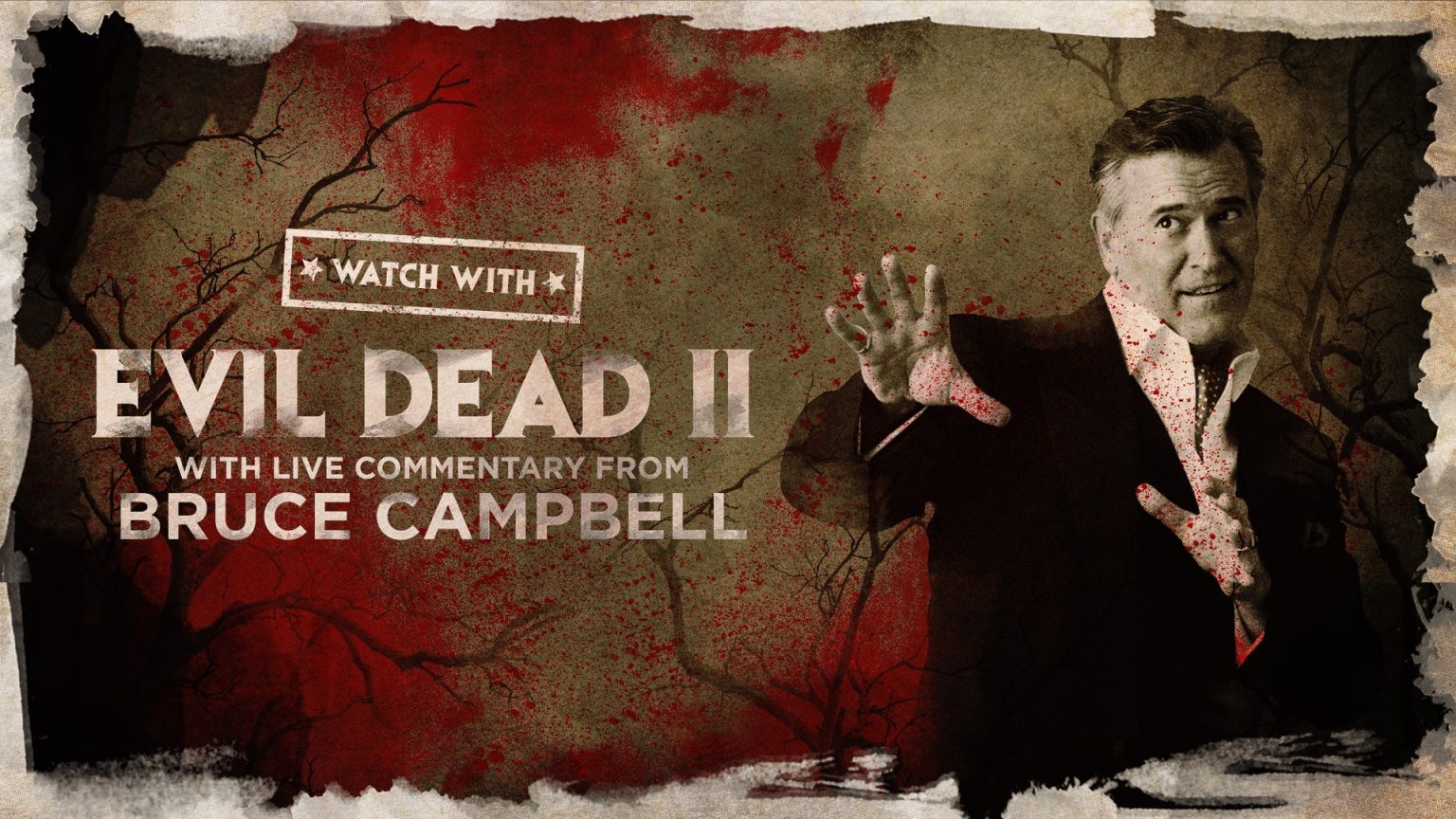 “Evil Dead II” is arguably one of the most influential horror films of the 80’s. While the first “Evil Dead” is a classic in it’s own right, the bonkers comic tone of the sequel helped establish how to mix scares and laughs. It’s the tone that influenced films like “Shaun of the Dead” and “Dead Alive/Braindead,” which helped to launch the careers of their respective directors, Edgar Wright and Peter Jackson. Director Sam Raimi’s hyperkinetic direction and deft handling of tones made him the ideal choice for the “Spider-Man” trilogy of the 2000s, which was considered the gold standard of the comic book movie. He’ll be directing another Marvel Comics film, “Doctor Strange and the Multiverse of Madness,” scheduled for release in 2022.

The best way to celebrate the 34 years of “Evil Dead II’s” importance to film is to check out a special live screening of the flick, sponsored by the UC Theatre and Tobin Center For Performing Arts. More importantly, the film will also feature live commentary by star and genre titan, Bruce Campbell.

The event for screening the film along with live commentary does include ticket sales. Some of the extras include things like an event poster all the way up to a one-of-a-kind autographed chainsaw.

Details for the event read thusly:

Watch EVIL DEAD II live with Bruce Campbell himself as he shares memories, stories, and anecdotes from the film and answers viewer questions from the chat!

BASIC EVIL $25 | Livestream and VOD only

ULTIMATE VIP $2500 | Livestream, VOD, Autographed Event Exclusive Poster, 2 minute zoom meet and greet session with Bruce and a ONE OF A KIND autographed Chain Saw (autographed LIVE on the livestream) Limited to ONE ticket.

Campbell is the heart of the “Evil Dead” franchise and has helped keep the legacy of the films alive through working in projects like “Ash Vs The Evil Dead.” Which is just a small part of the man’s long and storied career on film and screen. He is also a master storyteller, and has honed the art of engaging audiences through decades of convention appearances and autobiographies. His quick wit and self deprecating humor is always on point, and he knows more than anyone the challenges that went into making “Evil Dead.”

The commentary tracks that he had done for the DVD releases are practically mini film schools that anyone dreaming of making a movie could use to get their own career going. Campbell will be bringing that expertise to the event, and will offer jokes, trivia and all kinds of tidbits in his trademark voice.

If you’re interested in attending the live event or want to download it to watch later, you can purchase your tickets here.