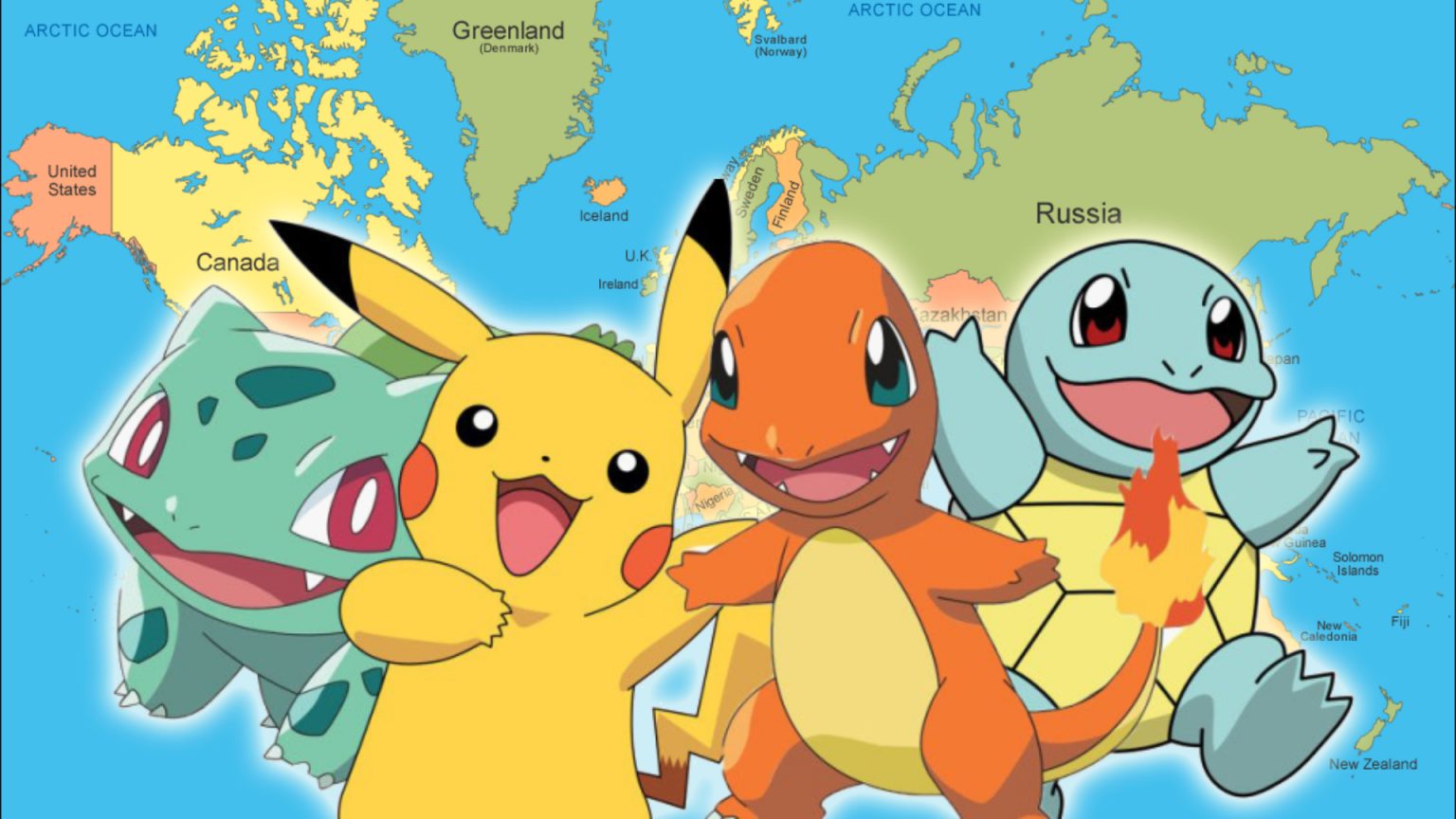 What Are The Most Popular Pokémon Around the World?

25 years ago, Game Freak and Nintendo released a title that would change the world. Pokémon Red and Blue for the Game Boy sparked a generation of curious kids getting attached to pocket monsters. While over 700 Pokémon now exist, the original 150 remain the most popular in the series.

In celebration of Pokémon’s 25th anniversary, TheToyZone looked at how fandom of the series varies around the world. The team analyzed Google search data to identify the most uniquely popular Pokémon in each country.

Pikachu is by far the fan favorite around the world. But breaking the map into smaller pieces proves that each country has their own favorite that may surprise you.

Mad props for the United States loving on Psychic/Ghost type Gengar! In this map Charizard also wins the majority however being the favorite in Antigua and Barbuda, Canada, and El Salvador.

Charmander is tied with Pikachu as the favorite Pokémon of South America. Charmander tops the search results in Brazil, Chile and Peru. Pikachu is top in Bolivia, Ecuador, and Suriname.

Again we have Pikachu at the top of searches for the Middle East and Central Asia. Something of note however is that Mew comes up the most popular in three countries. Mew is favorited in Afghanistan, Bahrain, and Kuwait.

The Rest of Asia and Oceania – Pikachu!

There’s no doubt here that Pikachu is the heavy hitter. Searches for Pikachu account for 21.7% of all Pokémon searches in this area in the world.

Pikachu accounts for 20.1% of all Pokémon related searches on the continent. After Pikachu, Gloom is the most popular in Ghana, Kenya, and Mozambique.

A Reorganized Chart of the Original 150

To top off the entire study by TheToyZone they have a reorganized chart of the original 150. The chart shows the total percentage that each Pokémon was searched for around the world. You can see that Pokémon like Nidorina and Nidoran are at the very bottom while their evolutions are a bit higher. It’s really interesting to see which ones are in the last portion of the chart, almost makes you feel bad for these cute fictional creatures.