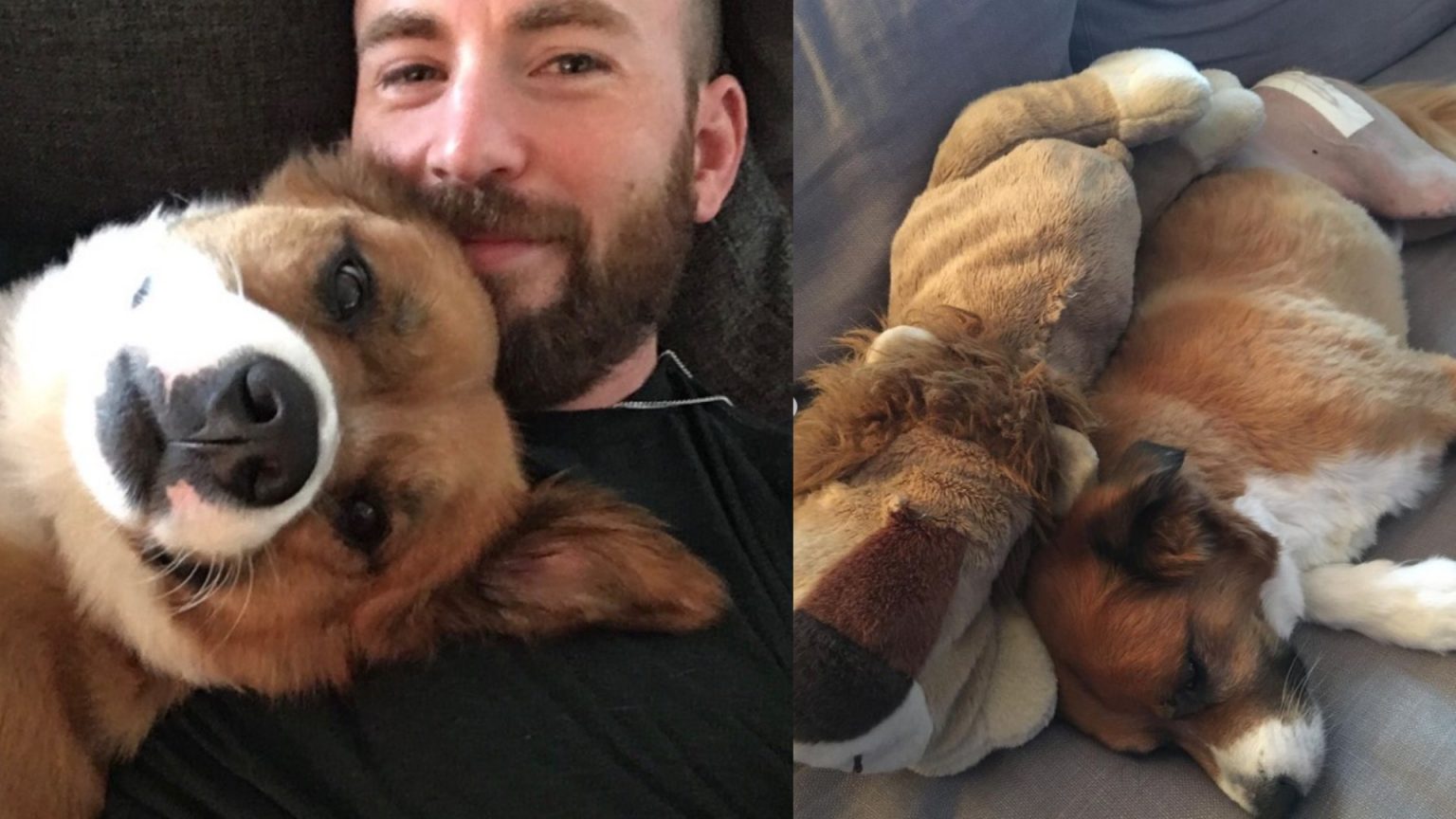 This is one of those things that just makes you say Awwww. In order to comfort his dog Dodger, Chris Evans learned to sew so he could fix his lion that had been “IR” after a nasty tear. He learned because he wanted to have Dodger be comfortable while in recovery for a second hip replacement. Talk about the best human a dog could wish for!

Hip replacement #2 completed! Such a trooper. He’ll be back in action in no time.

Yesterday while he was in surgery, so was his favorite lion(which had been on IR since November after a nasty tear). I’ve never sewn anything before but I’m pretty proud of my hack job.

They’re both happily recovering in each other’s company.

This is something a doting parent would do. Evans has been really connected to his rescue dog Dodger and posts mostly pictures of him on his Instagram. He has also been known to do funny things like post on Twitter from his dogs point of view.

There is no doubt that the love between him and his dog is very real. Just check out this video of him and Dodger being reunited after he was gone for ten weeks.