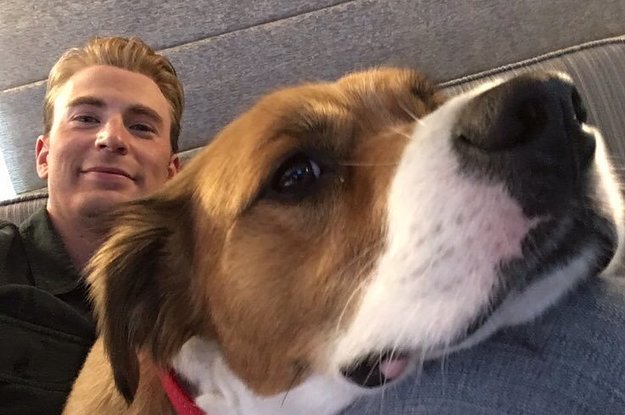 Chris Evans Shares What Quarantines Like From His Dogs Perspective

Quarantine is pretty hard when you’re showing restraint and not going out. It’s hard for humans but have you ever considered how hard it is for your pets? Chris Evans has, and he made an Twitter post about what its been like from his dogs perspective. His dog Dodger had this to say.

“I’ve been watching you sleep for the last hour trying to organize my thoughts. I’m not sure how to say this so I’m just gonna come right out with it. Why the f*ck do we never go to the dog park anymore??? Also wake the hell up, I’m starving”

Poor pup, can’t even go to the dog park. Must feel like some strange punishment not being able to go out and play with your dog friends. And we get it, because us humans can’t play with our friends either. It’s tough times for everyone.

Thankfully they are together during this trying time and can get lots of cuddles in while they are staying at home together. Chris loves his dog Dodger and has posted many times about the pup. Back in 2017 for Valentine’s Day when Chris had been away for 10 long weeks he was greeted by the happiest pup alive.

Next up for Chris is a crime mini-series on Apple TV called “Defending Jacob”. After a shocking crime rocks a small town, an assistant district attorney finds himself torn between his sworn duty to uphold the law and his unconditional love for his son. You can watch the trailer here.