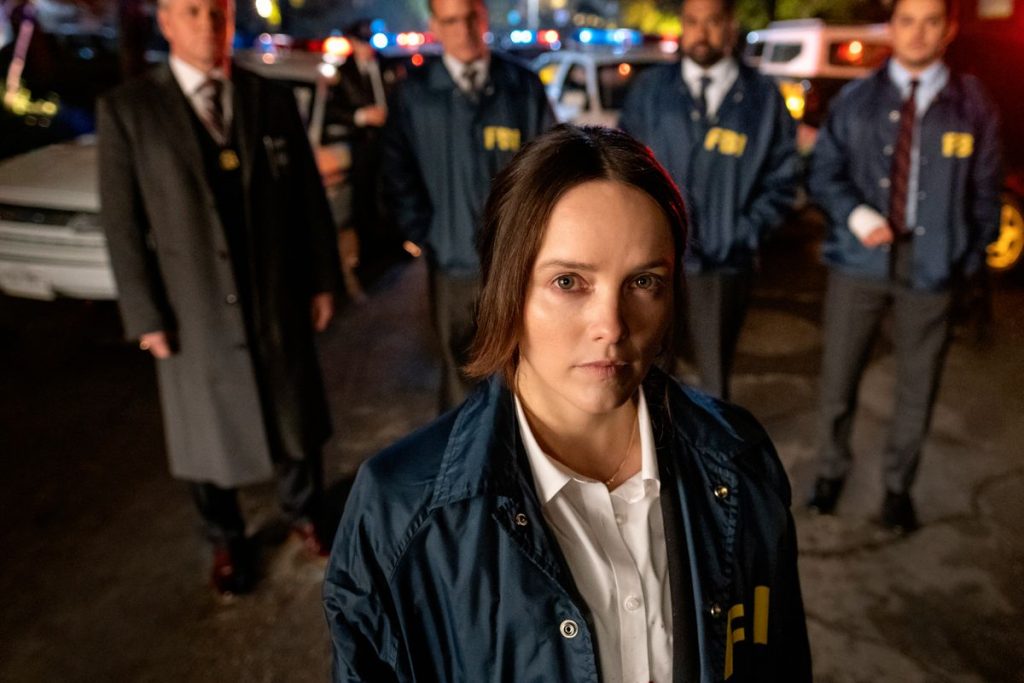 “Clarice” Fits the Profile, But Lacks the Chops [Review]

When CBS announced they were actively developing a tv series about Clarice Starling and her career post “Silence of the Lambs,” we were leery. Not immediately dismissive, but pretty cautious about being hopeful. Thomas Harris first introduced the young FBI trainee in his novel 1988, and Jonathan Demme‘s incredible film of the same name in 1991 (and Jodie Foster‘s Oscar-wining performance) cemented Clarice as a notable touchstone character in the genre.

Would this series go the way of Bryan Fuller‘s sumptuous “Hannibal” series, taking delicious liberties with the established characters of Harris’ world, or would it track with the more earthbound realism of Demme’s “Silence?”

The first few teasers and trailers immediately peaked our interest, showcasing Rebecca Breeds as Clarice Starling, roughly a year after the rescue of Catherine Martin and slaying of Jame Gumb aka Buffalo Bill. She’s been through the media circus, she’s (mostly) come out the other side of the initial trauma associated with such an experience, and thanks to Attorney General Ruth Martin- now finds herself front and center of a possible serial killer case.

We also want to note that CBS, and subsequently this production, cannot use the character Hannibal Lecter at all due to character rights.

On paper, this series is a great idea. Exploring the character as she deals with the emotional turmoil post-Buffalo Bill case and builds her career could possibly lend itself to additional discoveries and worthwhile moments for Clarice. That’s all fine, and a good idea for a continuation of the franchise.

CBS is trying to turn “Clarice” into a run-of-the-mill procedural, which is such a disservice to the character. That isn’t to say I won’t gladly watch more-because I totally will to see if it progresses past that- but the pilot leavess much to be desired.

Michael Cudlitz as Paul Krendler really rubs me the wrong way. I can’t tell if it’s because he’s slightly older in relation to Clarice than he should be, or if its the writing. Cudlitz is a fine actor, and I was excited enough when he was announced for the character. We as the audience are supposed to not like him, so I guess that’s pretty on the nose.

There are other things that bothered me as well, like Marnee Carpenter as Catherine Martin becoming almost a Dr. Lecter-like figure, appearing as an emotional foil for Clarice. This is an interesting take on the relationship the two women would have following Catherine’s rescue- that Clarice would only be able to see Buffalo Bill in Catherine, and Catherine needing reassurance from the only other living person that what she experienced was real. It certainly has potential for building conflict on an emotional level.

Ardelia Mapp (Devyn Tyler), Clarice’s closest (and possibly only) friend from her FBI trainee days is included in the pilot too, but for whatever reason, the creators have chosen to not have the two remain roommates. Readers of Harris’ novels will note the pair share a duplex into “Hannibal,” and have done so since they graduated the Academy.

While yes, the ‘killer’ in this episode is not the ‘big bad,’ there was something disappointing about him being discovered at the end of the first episode. I was willing to be here for the longer haul. I don’t need instant gratification from a show that is built on such richly suspenseful source material. Give the characters, and subsequently story elements, time to breathe, for goodness sake. I understand this is network, and therefor a certain blueprint of building a first season is expected, but this shouldn’t be beholden to something so….generic.

Also, just a nickpicky thing, but the audio levels are really all over the damn map. The dialog specifically anytime Breeds is speaking is mixed so freaking low, I had to be a remote jockey for most of the episode.

I’ll give “Clarice” another two episodes to really find its footing before I decide it isn’t worth my time, so I guess someone did their job well enough.

The series airs on Thursday nights on CBS.