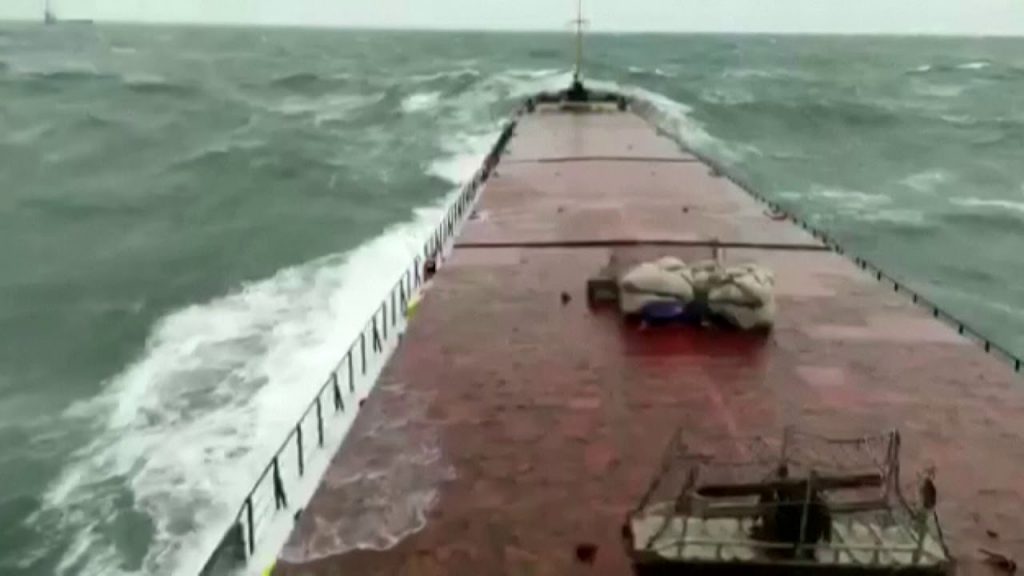 In a viral video online you can hear the captain of a cargo ship shouting “Mayday” after his ship snaps in two. The ship was sailing when a huge wave put just enough pressure underneath it to snap the ship in half. All of this was captured by an on board camera as the ship sailed on Turkey’s Black Sea province of Bartin.

Some of the comments on the YouTube video state that there’s no way this ship should have been sailing in this condition. You can hear the fear in the captain’s voice as he says “Mayday, my vessel is broken.”

This is the river ship mv Arvin, in the black SEA. It’s not an ocean going vessel. Its was sailing with a shallow draft due to no cargo in a sea state it was never designed to operate in. It was a matter of time before she snapped the trapped air in the holds helped keep her afloat if not she would have sank in moments. The captain should have called mayday then have the crew put on survival suits on ready to abandon ship.

Unfortunately it appears that some of the crewmates passed during this wreck. The vessel itself was 46 years old and a river going boat. Not something meant for oceans.

That ship was 46 years-old and at anchor at the time. There were 12 crewmembers on board, including two Russian nationals and 10 Ukrainian seafarers. The rescue was hampered by heavy weather, but six survivors were rescued. The bodies of three more were recovered from the wreck and three crew members remain missing. A port state control inspection in Georgia the year before found extensive deficiencies onboard the Arvin, including deck corrosion and ill-maintained weathertight hatches.